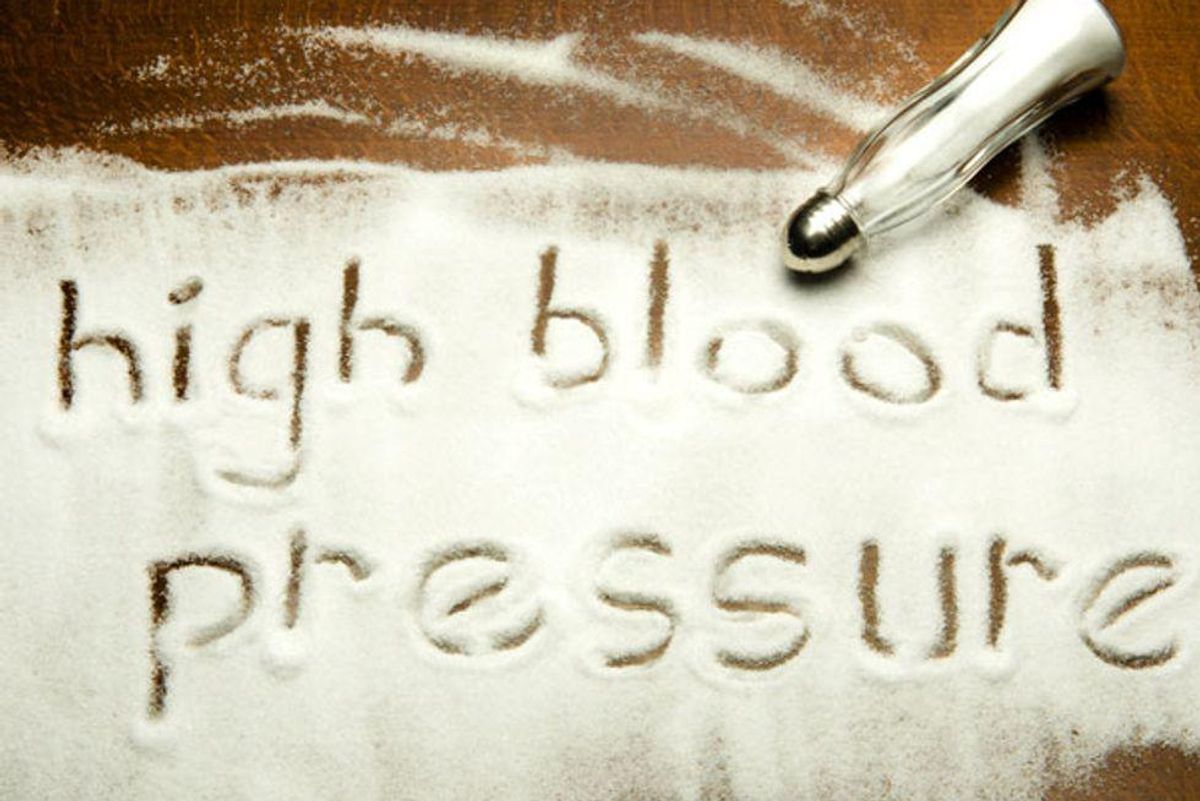 The Silent Killer: One Woman’s Story of High Blood Pressure

This woman didn’t know she had high blood pressure and was at risk for heart disease until she had a heart attack.

If a tree falls in a forest and no one is around to hear it, does it make a sound? You've probably heard this question before in a philosophy or physics class.

But what does it have to do with your health? Try this: If I have high blood pressure and I don't see any symptoms, do I still have the disease? The answer is yes. High blood pressure, a disease impacting nearly one in three adults in the United States, is called the “silent killer" because it often shows no signs or symptoms.

Many women—including 45.7 percent of African Americans and 31.3 percent of Caucasians—have high blood pressure.

Jerry: How did you find out that you had high blood pressure?

Rolanda: In 2005, I had a heart attack that was partly caused by high blood pressure. Prior to the heart attack, I didn't even know I had the disease, despite having many of the risk factors.

Jerry: Nearly 70 percent of people who have a heart attack also have high blood pressure. What was that experience like?

Rolanda: It was a very scary experience. Leading up to my heart attack, I had been under a lot of stress working the third shift and planning a surprise birthday party for my sister. I had a headache for a few days that I thought was a migraine and attributed it to this stress. I even took migraine medications to see if that would help. Looking back, I know that my body was trying to tell me something.

The day after the surprise party, we had a cookout with friends and family. While I was cleaning up and mopping afterward, I felt a very sharp pain in my chest. I ignored that pain, but it woke me up around 3:30 a.m. and I was rushed to the emergency room.

Once I was in the emergency room, I didn't have to wait after explaining my symptoms to the triage nurse. I was rushed to the back for treatment and was then told that I was having a heart attack. A surgeon performed an angioplasty, which means that a thin tube with a tiny balloon on the end was threaded through a blood vessel near my heart and inflated to widen the artery and restore blood flow to my heart and body. When I was released from the hospital, part of the diagnosis was high blood pressure.

Jerry: Did you have any risk factors for high blood pressure or a heart attack?

Rolanda: The stress in my life was a big component. We also have a family history of high blood pressure—my parents, brother and sister all have it. My lifestyle was also a problem. I didn't really pay attention to the amount of sodium in the foods that I ate, so I often consumed more than I should have.

Jerry: How did you change these risk factors to get in better control of your blood pressure?

Rolanda: There are some risk factors—like race, age, gender and family history—that I can't control. But I knew that I could fully control my lifestyle, especially my diet and physical activity.

For example, before my heart attack, I'd have a can of beefaroni with garlic bread and salad with Italian dressing for dinner. I didn't realize how much sodium that food had in it—just one serving of beefaroni has nearly half of your daily sodium!

With that knowledge, I began eating smaller portions of healthier food, walked on a community trail and even got a dog to keep me active. I'm now in control of my blood pressure thanks to these healthy lifestyle changes, as well as taking blood pressure medication every day.

Jerry: Congratulations on being in control of your blood pressure! How did you learn about lifestyle changes?

Rolanda: After my heart attack and high blood pressure diagnosis, I felt alone. I didn't know many people who went through what I just experienced with my health. So I began volunteering with the American Heart Association (AHA), first at health fairs and then as a national spokesperson for AHA's Go Red for Women campaign. From there, I learned about WomenHeart, which is a national organization for women with heart disease. I now co-lead a WomenHeart support group in Nashville, Tennessee, and serve as a WomenHeart Champion to spread the message to other women who were recently diagnosed with heart disease or had cardiovascular events, like heart attacks. Now, every fourth Sunday I host a local radio show focusing on women's issues, including women's health.

Jerry: What advice do you have for others who may have just been diagnosed with high blood pressure?

Rolanda: It's extremely important for people to know about the sodium in their food. I didn't realize, until after my heart attack that too much sodium was a major contributing factor. I encourage you to clean out the pantry and cupboards by reading the nutrition label and ingredients list. If you're trying to cut back on sodium, refill a mini salt shaker every day with the maximum amount of salt, rather than using a table-sized one. And, learn how to season your food by using spices and herbs instead of salt.