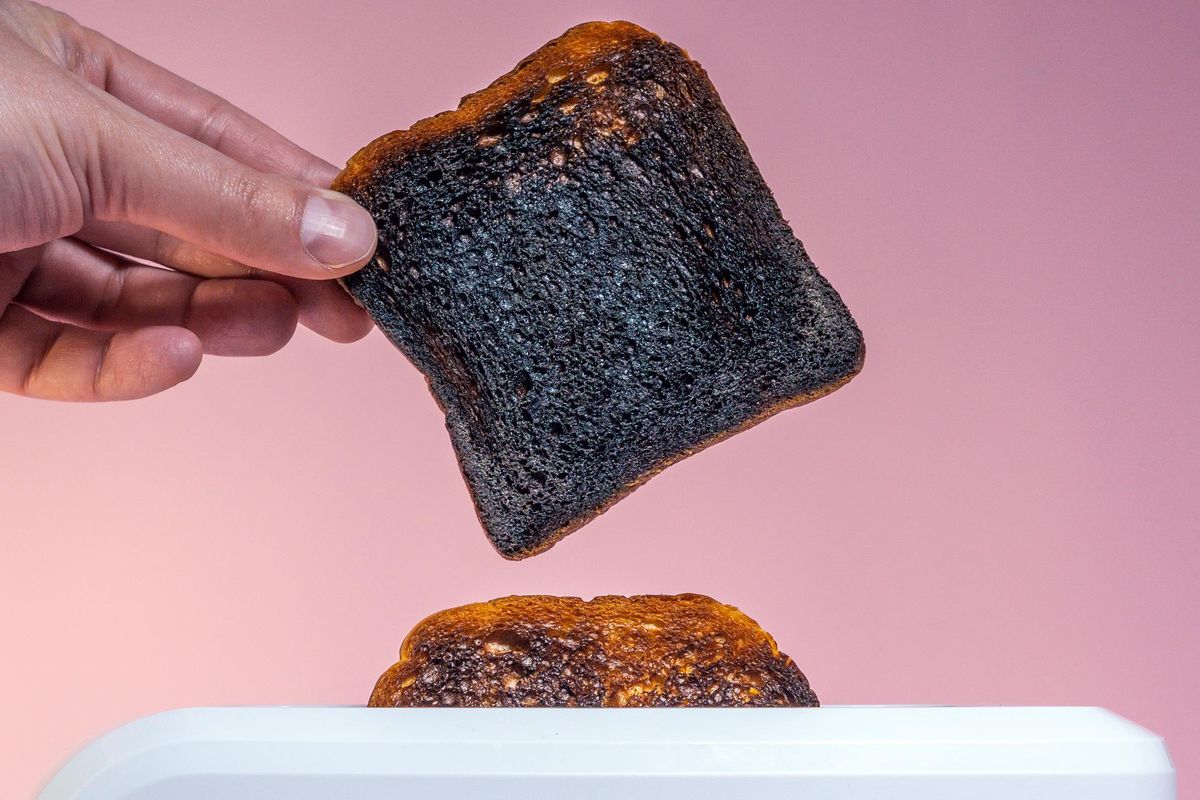 Learn the signs and symptoms of a stroke

If you're smelling burnt toast, the first thing you should probably do is check your toaster.

Although lots of people think smelling something burning is a sign of a stroke, there's no solid evidence this is true. The idea of smelling phantom burning toast may be kind of amusing — but strokes are serious.

They affect approximately 795,000 Americans each year — and around 137,000 of those people die as a result. While most people who have strokes are men, most of those who die are women, particularly Black women, who are more likely to die from a stroke than non-Hispanic white women.

We reached out to Dr. Gayatri Devi, a clinical professor of neurology and director of Park Avenue Neurology in New York and member of HealthyWomen's Women's Health Advisory Council, to get more information about symptoms, risk factors and how to decrease your stroke risk.

What is a stroke?

A stroke occurs when the brain's blood supply is reduced or stopped, which causes the brain to be deprived of oxygen and nutrients. This can result in temporary or permanent conditions, including paralysis, memory loss, difficulty swallowing or speaking, pain or tingling and sometimes death.

What are the first signs of a stroke?

The first signs of a stroke include:

How do the warning signs of a stroke differ from men to women?

While the symptoms for men and women are generally the same, women may also experience fatigue, memory issues, a feeling of general weakness and nausea or vomiting.

How early do the warning signs appear before a stroke happens, and which symptoms of a stroke are more likely to start days in advance?

Sometimes, people will experience slurred or garbled speech, confusion, blindness or double vision and loss, which can last for a few minutes up to an hour. This is known as a transient ischemic attack (TIA) — also known as a mini-stroke — and the symptoms can occur hours or days before a stroke. Around 15% of people who have a stroke have previously had a TIA. People are at higher risk of having a stroke within 90 days after a TIA. People who have a TIA should seek medical help right away.

What are misconceptions people have about strokes?

There is a myth that the smell of burnt toast means you're having a stroke. But the evidence is inconclusive as to whether phantom smells — known as olfactory hallucinations or phantosmia — are associated with having a stroke, and phantosmia seems to be more associated with side effects of certain medications or sinus problems than brain disorders.

There is also a common belief that strokes only affect older adults, but 10%-15% of strokes occur in people ages 18 to 45.

What other conditions can mimic stroke symptoms?

Conditions and diseases that can resemble symptoms of strokes include:

What should people know about “silent strokes”?

A silent stroke — medically known as a silent brain infarction — happens when blood flow is interrupted to a part of the brain that doesn't support any of the body's vital functions, including speech, vision or movement. This means a person does not have any symptoms and the only way they could know if they had a silent stroke is through an MRI or CT scan. Silent strokes can increase the risk of having a stroke attack and dementia.

What are risk factors for a stroke?

When should people seek medical help?

Use the F.A.S.T. method to determine whether to seek medical assistance. If the answer is yes to any of the questions, call 911 immediately:

It's important to get treatment quickly to give the person the best possible outcome.

How can people lower their risk factors for stroke?

To lower their risk of stroke, people can make lifestyle adjustments such as: