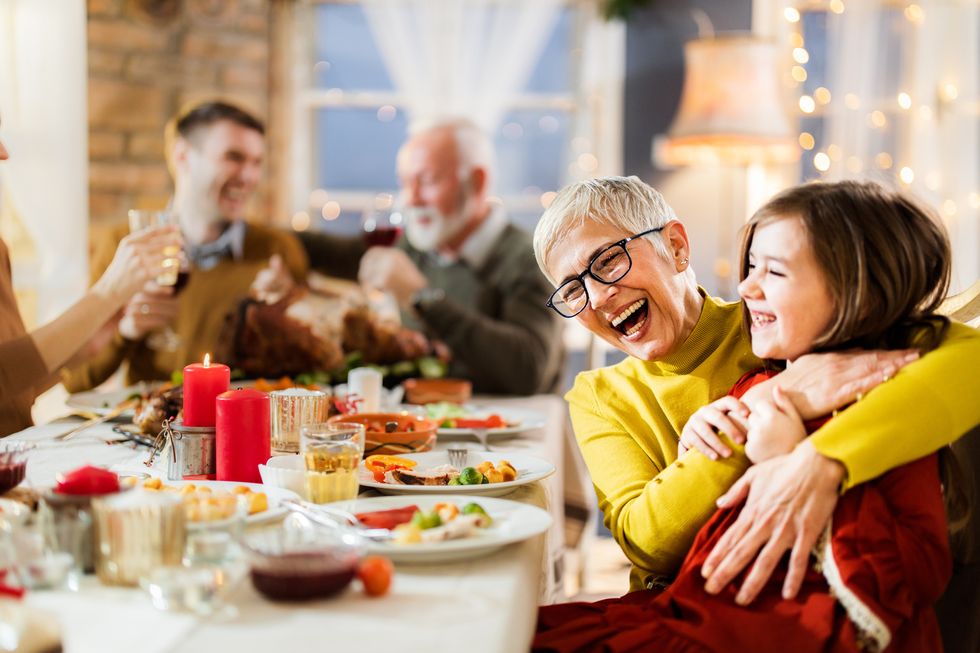 It's natural to hold a grudge when someone has wronged you, but it's not healthy. Let go of the grudge and give your health a boost.

With the approach of the holidays, it's a good bet that you'll be getting together with friends and family.

And it's possible (probable?) that some of these "joyous" occasions will be not-so-happy because you're holding a grudge.

Although it's natural to hold grudges—can you honestly say you've never experienced one (or more)?—the reality is that a grudge hurts the person holding it much more than the person the grudge is directed toward.

Grudge. It's an ugly sounding word, isn't it? And it's an equally ugly emotion, causing unpleasant feelings of anger and hurt—even if these emotions are sitting below the surface.

Grudges can take on a life of their own, spiraling into never-ending cycles of blame and rage that are hard to escape from. Even if the person apologizes, some grudges are so deep that the apology doesn't mean a thing.

How Letting Go of a Grudge Can Boost Your Health

Living in a state of constant "grudge-dom" takes its toll on your body, putting it in a constant fight-or-flight mode. Grudges lead to anxiety, stress, depression; they trigger muscle tension, headaches, increased heart rate and lowered immunity. Grudges are powerful enough to flood your adrenal glands with stress hormones; cause insomnia; contribute to overeating, drug and alcohol abuse; and put you at risk for a stroke.

Read more: What Happens If Stress Is Left Untreated?

That's why it's important to work on letting go of grudges. "Oh, that's easy," said no grudge-holder ever. But consider it an important gift to yourself, rather than to the person the grudge is directed toward. Chances are that their suffering (if there's any at all) doesn't hold a candle to yours.

That's where the act of forgiveness comes in. Is there ever enough of it? I'm not sure. A survey by the Fetzer Institute found that 62 percent of American adults say they need more forgiveness in their personal lives.

By forgiving, you consciously and deliberately release feelings of resentment or vengeance. Forgiving and letting go of a grudge does not excuse the hurt and harm the other person caused. It doesn't mean you'll forget what happened. You don't even need to tell the other person you forgive them or make amends with them.

Be a bit selfish, and show yourself some self-care: The power of forgiving is really more for you. It clears you of that potent brew of ugly emotions and makes space for more positive feelings and better health.

If people who were the victims of horrific crimes can forgive their assailant, surely, we can all forgive a slight, insult or hurt we're holding onto for dear life.

Research finds that the act of forgiveness can be a big health boost; lowering the risk of heart attack, improving cholesterol levels, reducing pain and blood pressure and lowering anxiety, depression and stress. Other research finds that as you age, there is an increase in the health boosts you get by forgiving.

Forgiveness isn't easy; it can take a long time to get over a painful wound. But if you recognize that your negative feelings and hesitation to part with them are hurting your health, that's one big step toward releasing anger and the physical burden that a grudge puts on you, empowering you to move forward toward better health.

May you all enjoy a grudge-free holiday season with family and friends.