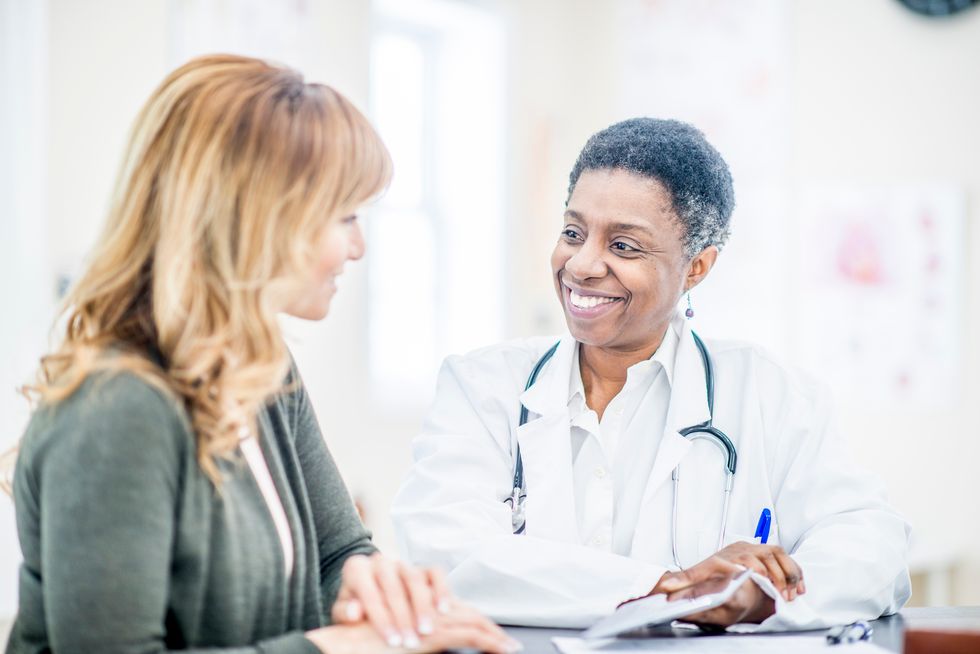 Canadian researchers say it may become unnecessary in women aged 55 or older who have one negative result with the test.

FRIDAY, Nov. 2, 2018 (HealthDay News) -- Testing for human papillomavirus (HPV) has become the standard of care in screening for cervical cancer. But now, Canadian researchers say it may become unnecessary in women aged 55 or older who have one negative result with the test.

The DNA-based HPV test is highly accurate in detecting 14 high-risk strains of the virus that causes the majority of cervical cancers.

In the new study, researchers first gathered data on more than 200,000 women living in British Columbia. They then created a mathematical model that estimated the lifetime risk of cervical cancer in older women, all of who had not been vaccinated against HPV.

The result: Just one negative HPV DNA test at the age of 55 suggested that a woman has a very low risk (less than 1 percent) of cervical cancer, and continued screening with this type of test would provide little benefit, according to the study.

However, the researchers said that regular screening with the traditional -- and cheaper -- Pap test up to age 75 may still prevent some cervical cancers. But even in that case, benefits would decline with age.

"Our results suggest that for countries that use HPV testing as part of their screening, it might be possible to stop screening earlier than we are currently doing, provided women have a negative HPV test," said study author Talia Malagon, of McGill University in Montreal.

But one obstetrician/gynecologist said it's too soon to make firm recommendations.

"I caution readers to use this data as a reason to stop performing cervical cancer screening after age 55," said Dr. Adi Davidov, who directs Ob/Gyn care at Staten Island University Hospital in New York City.

"Firstly, this study uses mathematical modeling, which may not be accurate," he said. "In addition, many patients are already skipping their annual gynecology visit because of newer recommendations of less frequent cervical cancer screening. If women stop seeing their gynecologist at age 55, I worry that other serious conditions will be left undiagnosed."

The new findings were published Nov. 1 in The Lancet Oncology journal.

Right now, most guidelines say cervical cancer screening -- done with either with the Pap test or HPV DNA test -- can be stopped after ages 65 to 69. However, there's been a lack of high-quality evidence to support this recommendation, the researchers said.

"Cervical cancers are caused by infections with oncogenic [cancer-causing] HPV types," Malagon explained in a journal news release. For decades, doctors have turned to the Pap test "to detect the precancerous lesions caused by HPV, which can then be treated before they ever progress to cervical cancer," she added.

The Pap test has saved thousands of lives, but "it is far from perfect because it does not always detect the precancerous lesions which develop into cancer," Malagon said.

"We have known for some time that directly screening instead for the HPV types that cause cervical cancer performs just as well, if not better, than [the Pap test] for screening in women below the age of 60," she said.

What hasn't been known is whether an older woman who tests negative on an HPV screen can safely stop screening, as happens for some older women whose Pap tests come back negative.

The new study might help clear up that question, Malagon said.

She cautioned that the study "does not necessarily suggest that all screening should stop at age 55, since the benefits of continued screening depend on the type of screening used. For countries that still use [Pap test] screening, screening at older ages should further reduce the risk of cervical cancer," she noted.

Furthermore, "our study did not include any cost-effectiveness analysis, which will be a useful next step to inform policy decisions before any change in guidance is considered," Malagon said.

She said factors that might cause "latent" HPV to go undetected -- things like stress or certain medical conditions -- might be in play for some older women, rendering continued HPV screening valuable.

Furthermore, one rare but potentially deadly form of cervical cancer, called adenocarcinoma of the cervix, does not rely on HPV and "most likely will go undetected until its later stages if a regular routine examination is not performed," Rabin noted.

She also agreed with David that cervical cancer screening has long been a "gateway" to better gynecologic care generally.

"My concern is if they stop coming for Pap tests, they will miss an examination which may help uncover other medical and gynecological issues, such as breast, uterine, ovarian and colon cancer," Rabin said.