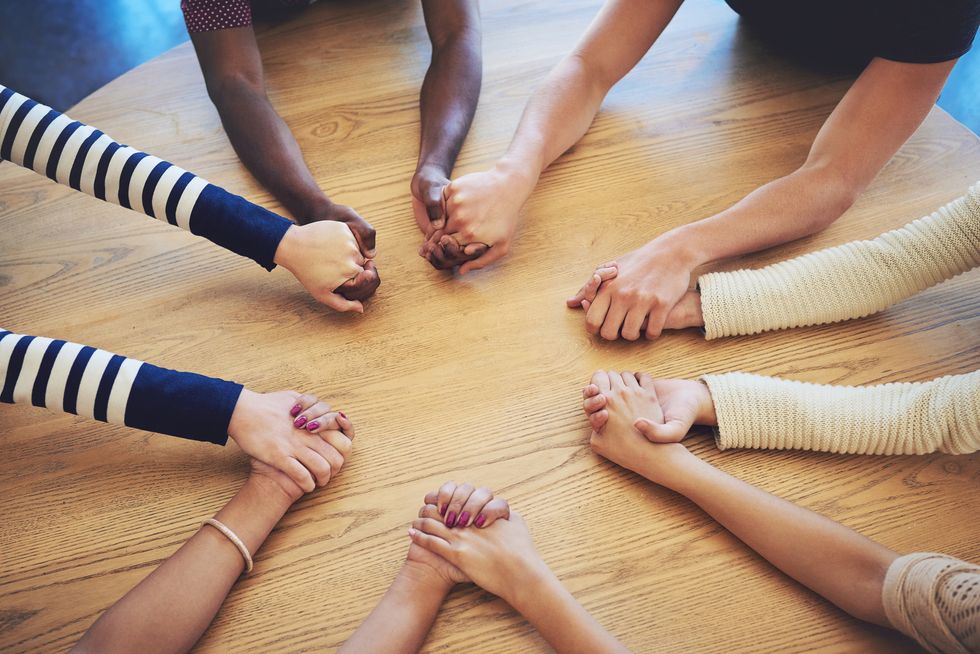 Researchers found that Alcoholics Anonymous was more effective than behavioral therapies when it came to helping people remain abstinent.

In an analysis of 27 studies, researchers found that Alcoholics Anonymous was typically more effective than behavioral therapies when it came to helping people remain abstinent. AA also appeared as good as those therapies in reducing excessive drinking, and the consequences of it.

The researchers said the results might sound surprising: Behavioral therapies are delivered by mental health professionals, while AA is a support group run by lay people.

Lead researcher Keith Humphreys said he was once a skeptic.

"Early in my career, I thought it sounded silly," said Humphreys, a professor of psychiatry at Stanford University School of Medicine in California. "What could come from a bunch of people sitting around talking?"

But it turns out, Humphreys said, that the program can give many people what they need–fellowship. That includes other group members who are dealing with the same issues, and a "sponsor" who can serve as a role model–someone who has managed to stay sober and get his or her life back on track.

AA was founded in 1935, by two men in Akron, Ohio, who were looking for a way to stop drinking. They began a support group, then later developed AA's famous "12 steps”––which include acknowledging a powerlessness over alcohol and giving your life over to a "higher power."

Despite the overt spirituality, AA has evolved over time as the organization has spread internationally––and its groups are diverse, Humphreys said. For people who want them, there are groups for women or sexual minorities, for example. And, Humphreys noted, "There are plenty of atheists in AA."

That is not to say that AA is for everyone, however.

There is no one-size-fits-all way to address alcohol use disorder, said Dr. Timothy Brennan, director of the Addiction Institute at Mount Sinai West and Mount Sinai St. Luke's Hospitals, both in New York City.

"I would caution against concluding that AA is better than behavioral therapy," said Brennan, who was not involved in the review.

AA certainly helps people, according to Brennan. "It would've died out years ago if it didn't," he said.

But, Brennan added, many people struggling with their drinking do not even know there are treatment options––and they should.

"Over the years, we've come to realize that addictions are medical conditions," Brennan said.

His recommendation to people who feel their drinking is out of control: First, see a health care professional for an evaluation. Many people, for example, drink to "self-medicate" depression or other mental health issues, and it's important to address those conditions.

An estimated 15 million Americans have alcohol use disorder, according to the U.S. National Institutes of Health. Of those who get treatment, the agency says, about one-third have no symptoms a year later; many others reduce their drinking.

With AA, the goal is complete abstinence from drinking. But behavioral counseling––such as cognitive behavioral therapy (CBT) and motivational enhancement therapy––generally has a different view, Brennan said. It aims to change drinking behavior and its consequences.

With CBT, for example, the goal is to change the thought processes that lead to excessive drinking and to develop ways to cope with everyday situations that trigger problem drinking.

Across the studies Humphreys' team analyzed, AA was––on average––more effective than CBT and other therapies at helping people become abstinent. The longest studies followed participants out to five years; most were clinical trials where people were randomly assigned to a particular treatment.

The abstinence finding is not necessarily surprising, given the goal of AA, Brennan said. But the support group was also on par with professional therapies in helping people drink less and reduce the harm their drinking was causing.

According to Brennan, it makes sense that many people benefit from AA.

"Often times," he said, "simply being with other people who are going through the same thing you are––knowing you're not alone––can be deeply meaningful."

Beyond that, Humphreys said, AA is free, widely available, and has no time limit––with some people sticking with it for years.

"That might be one of its strengths," Humphreys said. "It's long-term."

In the end, though, it doesn't have to be an either-or choice. It's common, Brennan said, for people in behavioral therapy also to attend AA.

And, Humphreys said, "there's nothing in AA that says you can't get other forms of help."

The review was published March 11 in Cochrane Database of Systematic Reviews.