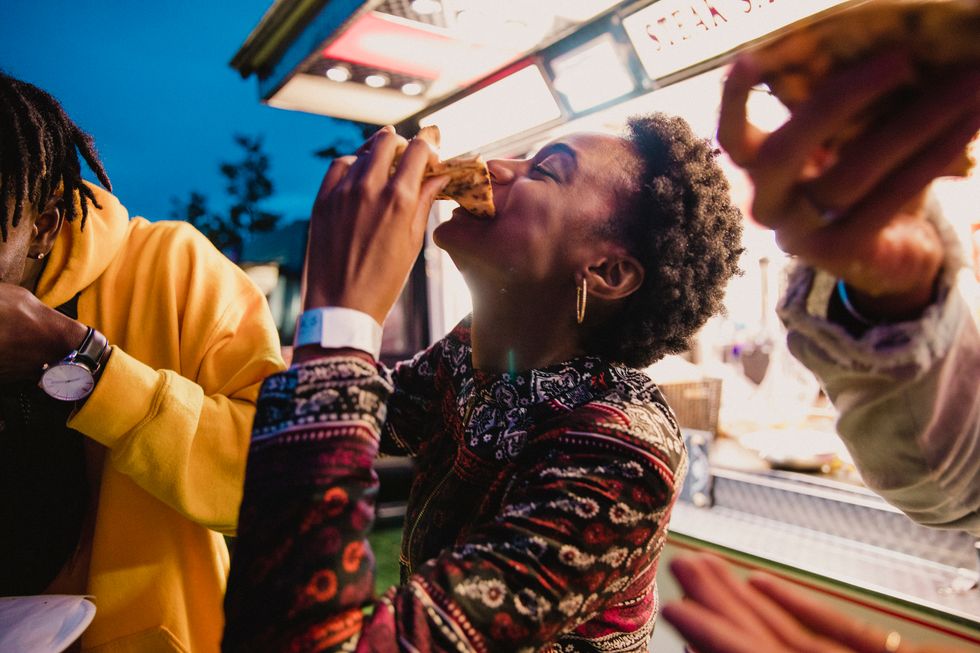 Learn more about this and other health headlines from this past week.

A new study by the University of Barcelona found that irregularity in eating schedules during the weekend, named by the authors as ‘eating jet lag,’ could be related to an increase of body mass index. These results, published in Nutrients, were independently taken from factors such as the quality of the diet, physical activity levels, social jet lag and chronotype (natural predisposition to a certain sleeping schedule).

Read more about the study here.

If you want more health headlines, we’ve combed through this week’s top stories, so you don’t have to do so.

When eating a low-carbohydrate or low-fat diet, choosing healthy foods is key to reducing the risk of premature death, according to a study led by researchers from Harvard T.H. Chan School of Public Health. People who ate healthy versions of the diets—filling their plates with whole grains, non-starchy vegetables, whole fruits and nuts—had a lower risk of premature death compared to people who didn’t follow either diet. What’s the best diet to lose weight?

Blood tests could replace menstrual periods as a gauge for when a women is nearing menopause, according to new research published in the Endocrine Society’s Journal of Clinical Endocrinology & Metabolism. The study found measuring levels of anti-Müllerian hormone (AMH) can predict when a woman’s final menstrual period will occur. AMH indicates how many eggs a woman has left. Women are born with their lifetime supply of eggs, and the supply decreases as women approach menopause. For women who are deciding whether to have surgery to manage fibroids or whether it is safe to stop using birth control, having an AMH measurement can provide information about the timing of menopause. A low AMH level in a woman who is more than 48 years old indicates that menopause is likely approaching. Learn how to stay heart healthy after menopause.

A lower risk of early menopause has been found among women who had at least one pregnancy lasting at least six months and among those who had breastfed their infants. Risk was lowest among those who breastfed exclusively. Pregnancy and breastfeeding generally prevent ovulation and may slow the natural depletion of ovarian follicles over time, researchers said in JAMA Network Open. So, pregnancy and breastfeeding are believed to lower the risk of early menopause, which is defined as the end of menstruation before age 45. Early menopause is associated with increased risk of cardiovascular disease, cognitive decline and osteoporosis. Here is how to prepare for menopause.

Eating Yogurt May Help Lessen the Risk of Breast Cancer

A new study suggests that hot flashes are associated with decreased verbal memory and with changes in brain function during encoding and retrieval of memory, especially in the hippocampus and prefrontal cortex. Study results are published online in Menopause, the journal of The North American Menopause Society (NAMS). Is getting hot flashes genetic?

For Most Americans, Dining Out Is a Recipe for Unhealthy Eating
Eating out is a recipe for meals of poor nutritional quality in most cases, according to a new study by researchers at the Friedman School of Nutrition Science and Policy at Tufts University. The study in Journal of Nutrition analyzed the dietary selections of more than 35,000 U.S. adults from 2003-2016 in the National Health and Nutrition Examination Survey (NHANES) who dined at full-service (those with wait staff) or fast-food restaurants, which included pizza shops and and fast-casual spots. Researchers assessed nutritional quality by evaluating specific foods and nutrients in the meals, based on the American Heart Association 2020 diet score. At fast-food restaurants, 70 percent of the meals Americans consumed were of poor dietary quality in 2015-16, down from 75 percent in 2003-04. At full-service restaurants, about 50 percent were of poor nutritional quality, an amount that remained stable over the study period. The remainder were of intermediate nutritional quality. Authors found that less than 0.1 percent—almost none—of all the restaurant meals consumed over the study period were of ideal quality.