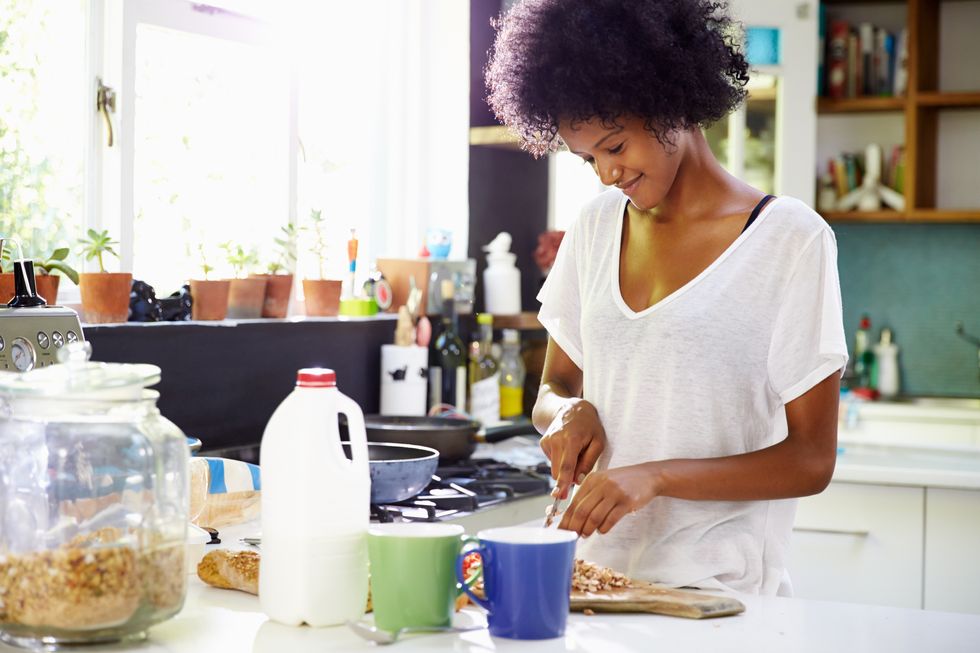 Women who eat more of their daily calories in the evening may be more likely to have higher blood pressure. Learn more about this and other health headlines.

For a healthy heart, women should consume most of their calories before 6 p.m., a new study suggests. Researchers at Columbia University in New York City found heart disease risk factors worsened when a large proportion of daily calories were consumed after 6 p.m., and even more so after 8 p.m., according to a report presented at the American Heart Association's Scientific Sessions 2019. Specifically, women who ate more of their daily calories in the evening were more likely to have higher blood pressure, higher body mass index and poorer long-term blood sugar control. What's your heart disease risk?

Get the full story behind the study here.

Self-Testing for Cervical Cancer Increases Screening Rate
Mailing self-sampling kits to test for the cervical cancer-causing virus HPV (human papillomavirus) significantly increased screening rates for the cancer, according to a new study in JAMA Network Open. Researchers looked at nearly 20,000 women in the Kaiser Permanente Washington state system who hadn't been screened for cervical cancer in more than three years. About half got an HPV self-sampling kit in the mail, which they could complete instead of undergoing a Pap screening. The other half received only standard reminders to get a Pap test from a health care provider. Screening rates were 26 percent in the self-testing group and 17 percent in the standard reminder group. Of the women who used the self-testing kits, 88 percent tested negative for HPV, meaning they had a low risk of cervical cancer. Hear the story of one woman's cervical cancer diagnosis.

HIV Could Speed Menopause Onset
Women with HIV experience menopause years about three years earlier than other women, on average, a new study published online in Menopause finds. Early menopause carries an increased risk for adverse long-term health consequences associated with early estrogen. This study of more than 200 Canadian women found that women with HIV are more likely to experience menopause at an average age of 48 years, three years younger than women in the general population. Women with HIV also had higher rates of early (between ages 40 and 45) and premature (before age 40) menopause. Find out how a hysterectomy impacts menopause.

Extra 15-Minute Daily Walk Could Grow World Economy By $100 Billion
If every employee walked or jogged for an extra 15 minutes each day, the world could see an economic boost of $100 billion, according to a new report on the economic benefits of a more physically active population. Health gains translate into reduced mortality. And the longer people live, the longer they can stay in the workforce, which would grow the overall labor force in addition to economic output. Better employee health could translate into reduced absenteeism and presenteeism, which is when employees are at work but attempting tasks at less than full strength, both of which reduce productivity.

Childhood Trauma Tied to Poor Health
People who experienced trauma as children are more likely to suffer severe health consequences later in life, a new federal analysis shows. Preventing adverse childhood experiences (potentially traumatic events experienced or witnessed during childhood, like violence, substance misuse and mental health problems in the home) could have averted millions of cases of depression among adults in 2017, along with a multitude of other poor health outcomes.

Weight Loss Surgery May Lower Chance of Breast Cancer
New research suggests the weight-loss surgery lowers the chances of breast cancer among women with genes that make them vulnerable to the disease. In a large-scale study that involved more than 1.6 million obese women, those who were at genetically high risk for breast cancer and had weight-loss surgery were 2.5 times less likely to develop the disease than those who didn't get the procedure. Breast cancer incidence was 7.4 percent for women who had the surgery, compared to 18 percent for women who didn't.

Biotin Supplements May Affect Your Medical Tests
Biotin supplements—often taken to improve hair, skin and nails—can interfere with results of some critical lab tests, the U.S. Food and Drug Administration says. The FDA is particularly concerned about biotin interference causing a falsely low result for troponin, which is key in diagnosing heart attacks. The agency said it continues to receive reports of cases where biotin interference caused falsely low troponin results.

Physical Activity Linked to Lower Risk of Fracture
Regular physical activity, including lighter-intensity activities such as walking, is associated with reduced risk of hip and total fracture in postmenopausal women. The study published in JAMA Network Open is the most comprehensive evaluation of physical activity and fracture incidence in older women. Women who did the highest amount of physical activity (which was about 35 minutes or more of daily recreational and household activities) had an 18 percent lower risk of hip fracture and 6 percent lower risk of total fracture. Eat these top foods for healthy bones.