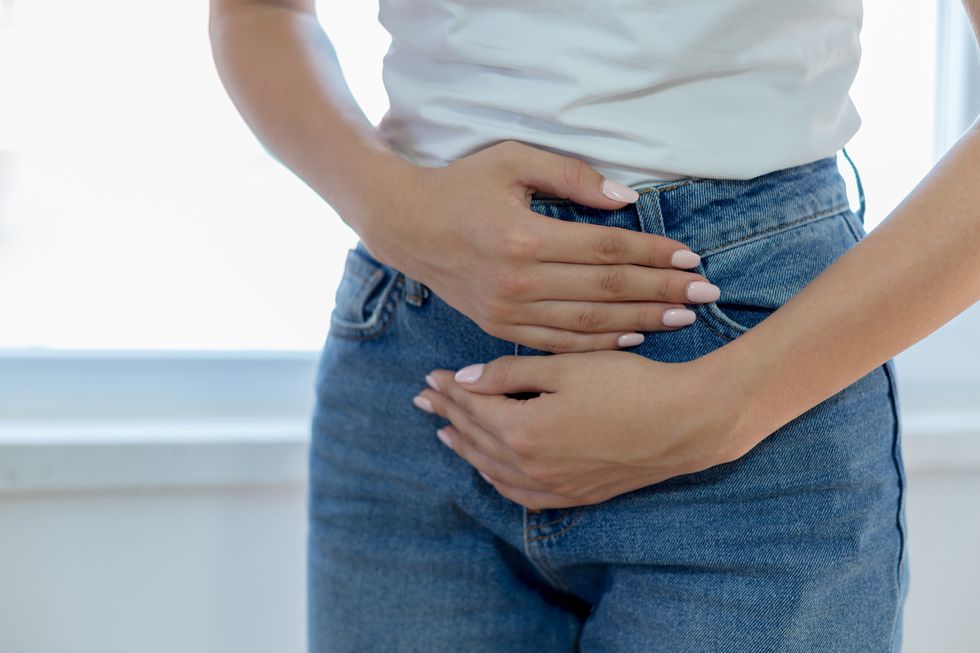 Women who experienced their first menstruation at an early or late age have a higher risk of developing major adverse cardiac events. Read about this and other health headlines.

Women who experienced their first menstruation at an early or late age have a higher risk of developing "major adverse cardiac events," like heart attack, stroke, heart failure and death, according to recent research co-authored by University of Florida Health researcher Carl J. Pepine, M.D, with collaborators at Cedars-Sinai Medical Center in Los Angeles. Their study, published in Journal of the American Heart Association, found that women whose first menstruation (menarche) was at age 10 or younger had a four-fold higher risk of adverse cardiac events. That is compared with those whose menarche occurred at the U.S. average of age 12. For women whose menarche came at age 15 or later, the risk was elevated two-and-a-half times. Women whose menarche occurred at ages 11, 13 or 14 also faced at least a two-fold increased risk of heart problems, according to the research.

Exercise Can Help Lower Older Women's Fracture Risk
Older women who get even light exercise, like a daily walk, may lower their risk of suffering a broken hip, a large study suggests. The study in JAMA Network Open of more than 77,000 older U.S. women took a deeper look at the types of exercise that are related to the risk of hip fracture and other bone breaks. Researchers found that, on average, women who regularly exercised at any intensity—from walking, to doing yard work, to jogging—had a lower risk of hip fracture over 14 years, compared to inactive women.

Taking Blood Pressure Pills at Bedtime Best for Your Heart
New research suggests that the best time for people with hypertension to take their blood pressure pills is at bedtime rather than in the morning. Doing so is most likely to reduce cardiovascular risk, new research suggests. It appears that not only does this timing result in better blood pressure control, but it also greatly reduces the risk of cardiovascular death and events such as a heart attack or stroke.

Alzheimer's Risk May Be 75 percent Higher for People Who Eat Trans Fats
People with higher levels of trans fats in their blood (which can occur naturally in certain meat and dairy foods but are also in manmade foods) may be 50 percent to 75 percent more likely to develop Alzheimer's disease or dementia from any cause, according to a study published in Neurology. Over 1,600 Japanese men and women without dementia were followed over a 10-year period. A blood test for trans-fat levels was done at the start of the study and their diets were analyzed. Researchers then adjusted for other factors that could affect the risk of dementia, such as high blood pressure, diabetes and smoking. They found that people with the two highest levels of trans fats were 52 percent and 74 percent more likely to develop dementia than those with the lowest levels.

Don't Delay Surgery for Very Early-Stage Breast Cancer
Delaying surgery for a noninvasive breast cancer can have dire consequences, shows a new study Annals of Surgical Oncology. Longer delays in surgery for ductal carcinoma in situ (DCIS) breast cancer lead to a higher risk of invasive ductal carcinoma and a slightly lower survival rate, researchers found. Survival was compared with five-time intervals in delays to have surgery—less than 30 days, 31 to 60 days, 61 to 90 days, 91 to 120 days, or 121 to 365 days. Overall survival was 95.8 percent, with a median time from diagnosis to surgery of 38 days. However, each increase in diagnosis-to-surgery interval was associated with a 7.4 percent increase in the risk of death.

High Fiber, Yogurt Diet Associated With Lower Lung Cancer Risk
A diet high in fiber and yogurt is associated with a reduced risk for lung cancer, according to a study by Vanderbilt University Medical Center researchers published in JAMA Oncology. Participants were divided into five groups, according to the amount of fiber and yogurt they consumed. Those with the highest yogurt and fiber consumption had a 33 percent reduced lung cancer risk as compared to the group who did not consume yogurt and consumed the least amount of fiber.