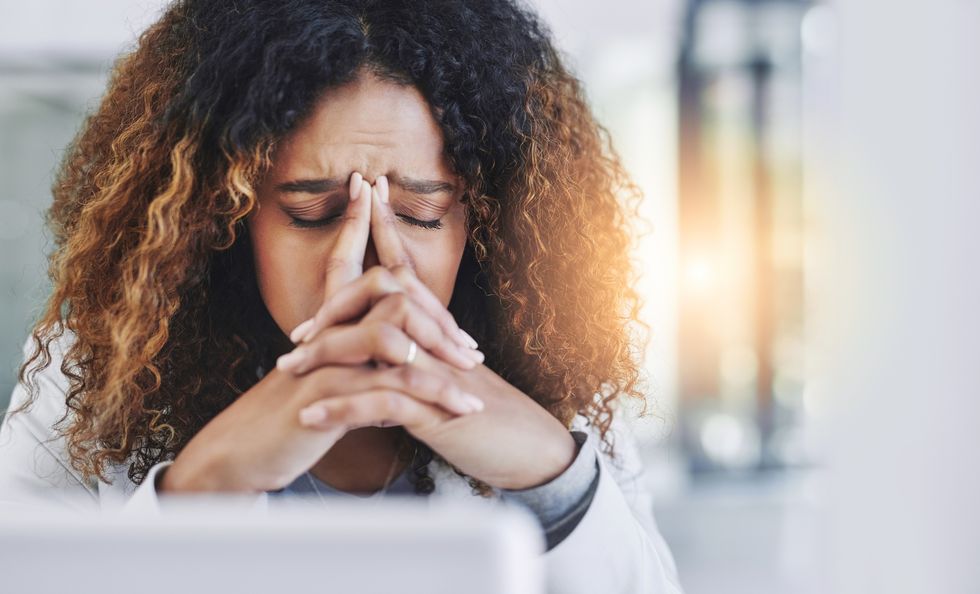 Migraines are triggered by inflammation of the nervous system and are a common symptom of Lyme disease. But Lyme disease can be hard to diagnose.

Migraines are common in the general population, affecting more than 38 million people in the United States. Yet, if you suffer from these headaches, your migraine might be thought to be "just a migraine."

That's bad enough. But sometimes migraines can also be a symptom of Lyme disease. Migraines, which are triggered by inflammation of the nervous system, are among the many common symptoms of Lyme disease. Having a migraine doesn't mean you have Lyme disease—and having Lyme disease doesn't necessarily mean you'll suffer from migraines.

Yes, it's complicated and can be very challenging to figure out.

Caused by a spirochete (a bacterium shaped like a corkscrew) spread through the bite of an infected tick, Lyme disease is sometimes known as "the great imitator" because its symptoms—like headaches, muscle and joint pain, fatigue and more—can be easily attributed to many other diseases.

Lyme disease can affect any organ including muscles, joints, heart, brain and nervous system. That's why many people are misdiagnosed with other conditions like chronic fatigue syndrome, multiple sclerosis, fibromyalgia and even the flu or psychiatric illnesses like depression.

But a migraine could point to Lyme disease without you even realizing it—and without being diagnosed for years. Only about 25 percent of people who have Lyme disease recall being bitten by a tick (a bite which, by the way, is painless), and only two-thirds get the tell-tale rash of Lyme disease.

Writer and educator Jennifer Crystal shares her experience with migraines online for the Global Lyme Alliance. Jennifer suffered from severe, debilitating migraines that took years to diagnose as being caused by Lyme disease. She explains:

Spirochetes can enter the central nervous system by crossing the blood-brain barrier. This barrier is supposed to protect the brain from infection, but spirochetes are tricky and swift and can coil their way across, causing headaches for their victims.

Lyme is an inflammatory disease, so once spirochetes enter the central nervous system, they cause swelling there. In his book Why Can't I Get Better? Solving the Mystery of Lyme & Chronic Disease, Dr. Richard Horowitz equates this inflammation to a fire that ignites heat, redness, pain, and loss of function. Feeling like my brain was going to explode out of my skull was not really hyperbole; my head was indeed swollen, but I just couldn't see it the way I would be able to if I'd had a swollen ankle or knee.

Once Jennifer began to take medication prescribed for the headaches, they became more manageable. Yet the best treatment, she found, was rest. "Your head needs time to recover from inflammation, and nothing has helped that process more for me than sleep."

If you suffer from migraines, knowing some details about Lyme disease might help you decide if you should consider getting testing.

Lyme is more likely to be found in northeastern states (from Virginia to Maine), north-central states like Wisconsin and Minnesota, and in the northwest portion of the West Coast.

The disease, in its early stages, when the bacteria have not yet spread, is considered localized. But then, it begins to spread throughout the body (stage 2) and continues to spread (stage 3).

Being active in outdoor activities, having a pet that might transport infected ticks to you and walking outdoors in tall grasses are all risk factors to consider, too.

Because Lyme disease is complex and very difficult to diagnose, many people get caught up in a maze of medical tests and misdiagnoses and suffer needlessly. Lyme disease is more easily treatable when it is diagnosed early, but that's not always possible. As a result, the symptoms can become chronic and unrelenting.

And treatment is crucial. Without it, people with chronic Lyme disease suffer a poorer quality of life than people with diabetes or a heart condition, reports the International Lyme and Associated Diseases Society.

Various lab tests are available to diagnose Lyme disease. These work by identifying antibodies to the bacteria; the tests are most reliable a few weeks after an infection. Because false-positive results are possible, two separate and different tests may be performed for a definite diagnosis.

Treatment for Lyme disease works best when started as early as possible. A course of oral antibiotics is given for 14 to 21 days, but if the disease involves the central nervous system, your health care professional might suggest intravenous antibiotic treatment for 14 to 28 days.

The Centers for Disease Control and Prevention says that most people treated with antibiotics will recover "rapidly and completely," especially when treatment is given in the early stages of the disease. Most people treated in the later stages will also respond well to antibiotics, unless they've already suffered long-term damage to their nervous system and joints.

The CDC cautions that some people have lingering symptoms after treatment, such as fatigue or joint and muscle aches or pain, which can last for more than six months. Although longer courses of antibiotics won't help, the symptoms "generally improve on their own, over time."

In cases where symptoms persist, it's believed that some people's bodies develop an autoimmune response that causes them to suffer with post-treatment Lyme disease syndrome.

Because the best defense is a good offense, take precautions to avoid ticks. If you hike, stick to cleared trails and avoid grassy areas; likewise, when you're outdoors, steer clear of tall grasses, bushes, fallen logs and leaf litter, where ticks like to live. When possible, wear shoes, socks, long pants and long sleeves when you're outdoors; light-colored clothing will help you better detect any ticks that may latch on.

Spray your clothing (inside and out) with the insect repellent permethrin, which will last for about five or six washings; it's also possible to purchase pretreated clothing at outdoor recreation stores, which lasts through about 70 washings. Also spray your exposed skin; studies show that the most effective repellents have DEET, picaridin or lemon eucalyptus oil.

And finally, when you come inside, shower right away. Don't forget to inspect your body for ticks (especially hidden areas like your armpits, groin, back of knees, navel and scalp), then run your clothing in a hot dryer for 10 minutes before you wash it, which will kill off any ticks that might be hiding out.

To find a qualified health care provider in your area, click here.