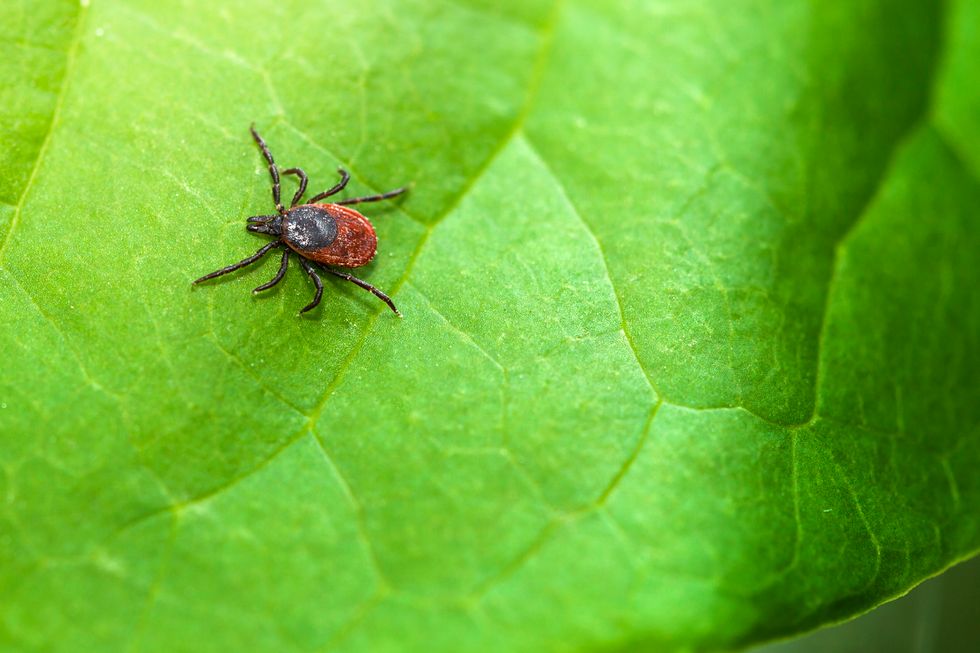 Lyme Disease Symptoms Could Be Mistaken for COVID-19, With Serious Consequences

Lyme Disease Symptoms Could Be Mistaken for COVID-19, With Serious Consequences

Lyme disease shares a number of symptoms with COVID-19, including fever, achiness and chills. Mistaking the two could have serious consequences.

By Jory Brinkerhoff, University of Richmond

Summer is field season for ecologists like me, a time when my colleagues, students and I go out into fields and woods in search of ticks to study the patterns and processes that allow disease-causing microbes – primarily bacteria and viruses – to spread among wildlife and humans.

That field work means we’re also at risk of getting the very diseases we study. I always remind my crew members to pay close attention to their health. If they get a fever or any other signs of sickness, they should seek medical treatment immediately and tell their doctor that they may have been exposed to ticks.

When summer flu-like illnesses develop in anyone who spends time outdoors in areas where ticks are common, tick-transmitted diseases like Lyme disease should be considered a likely culprit.

This summer, however, the global emergence of the novel coronavirus and COVID-19 is presenting a whole new set of challenges for diagnosing Lyme disease and other tick-borne illnesses.

Lyme disease shares a number of symptoms with COVID-19, including fever, achiness and chills. Anyone who mistakes Lyme disease for COVID-19 could unknowingly delay necessary medical treatment, and that can lead to severe, potentially debilitating symptoms.

Delaying medical treatment can be dangerous

As we move from spring into summer, and into the peak period of tick activity in much of the Northern Hemisphere, time spent outdoors will increase, as will risk of tick-transmitted disease.

In some cases, there are key symptoms of a tick-transmitted disease that can help with diagnosis. For example, early Lyme disease, which is caused by the bite of an infected black-legged tick, sometimes called the deer tick, is commonly associated with an expanding “bull’s-eye rash.” Seventy percent to 80% of patients have this symptom.

However, other symptoms of Lyme disease – fever, head and body aches and fatigue – are less distinctive and can be easily confused with other illnesses, including COVID-19. This can make it more difficult to diagnose a patient who did not notice a rash or was unaware that they ever had a tick bite. As a result, Lyme disease cases can be misdiagnosed. Nationally, Lyme disease may be undercounted to the point that only one in 10 cases is reported to the CDC.

If Lyme disease is identified and treated quickly, two to four weeks of antibiotics can usually knock out Borrelia burgdorferi, the species of spirochete bacteria that causes it.

But delays in the treatment of Lyme disease can lead to more severe and persistent symptoms. If Lyme disease goes untreated, neurological and cognitive problems and potentially fatal heart problems can develop, and painful arthritis that is much more difficult to treat can set in.

Lyme disease is most common in the Northeast and North Central U.S., but that does not mean that people in areas without Lyme disease are free from worry about tick-transmitted disease. Ticks throughout North America can spread a wide range of diseases, many of which also present with flu-like symptoms, leading to the potential for misdiagnosis, especially when these diseases are not especially common in the general population.

Spotted fevers are another group of tick-transmitted diseases. The most severe of these is Rocky Mountain spotted fever, which can be fatal. Spotted fevers, as the name suggests, are typically associated with a rash. But the rash may not show until after fever and other flu-like symptoms, creating the same risk of being mistaken for COVID-19. Like Lyme disease, spotted fevers can be treated with anitibiotics, and early treatment can head off more severe infections, so quick, accurate diagnosis is critical.

Recent reports from across the nation and around the globe suggest that wildlife have become more bold this spring, wandering into suburbs and cities where human and vehicle traffic are reduced because of COVID-19.

Whether this phenomenon is being driven by changes in animal behavior or is simply an artifact of humans spending more time in their homes and becoming more aware of their surroundings is not clear, but changes in wildlife behavior and habitat use could affect tick-transmitted disease. For example, white-tailed deer are important hosts to multiple human-biting tick species in eastern North America, including black-legged ticks, and more deer around our homes and in our neighborhoods could lead to more ticks that have a chance to bite humans.

Ticks do not move very far by themselves – perhaps about a foot per day for some species – but can be dispersed dozens of miles or more while hitching a ride on a highly mobile host like a deer, coyote or bird. Thus, the wildlife we observe exploring our neighborhoods while we are encouraged to stay at home may be leaving behind ticks that are carrying pathogens, or that could acquire infection from the more common wildlife already near our homes.

Awareness is a key component of preventing and treating tick-borne disease. People should be aware of the activities that could expose them to ticks, and physicians should consider the possibility of tick-borne disease, especially given the potential overlap in symptoms with COVID-19.

As with COVID-19, mitigation efforts can substantially reduce the risk of tick-borne diseases. Wear long sleeves and long pants and use an EPA-registered repellent when you are in tick habitat, and check yourself thoroughly for ticks when you get home.

It is important to be aware of ticks when spending time outside, but fear of ticks should not stop people from enjoying nature.