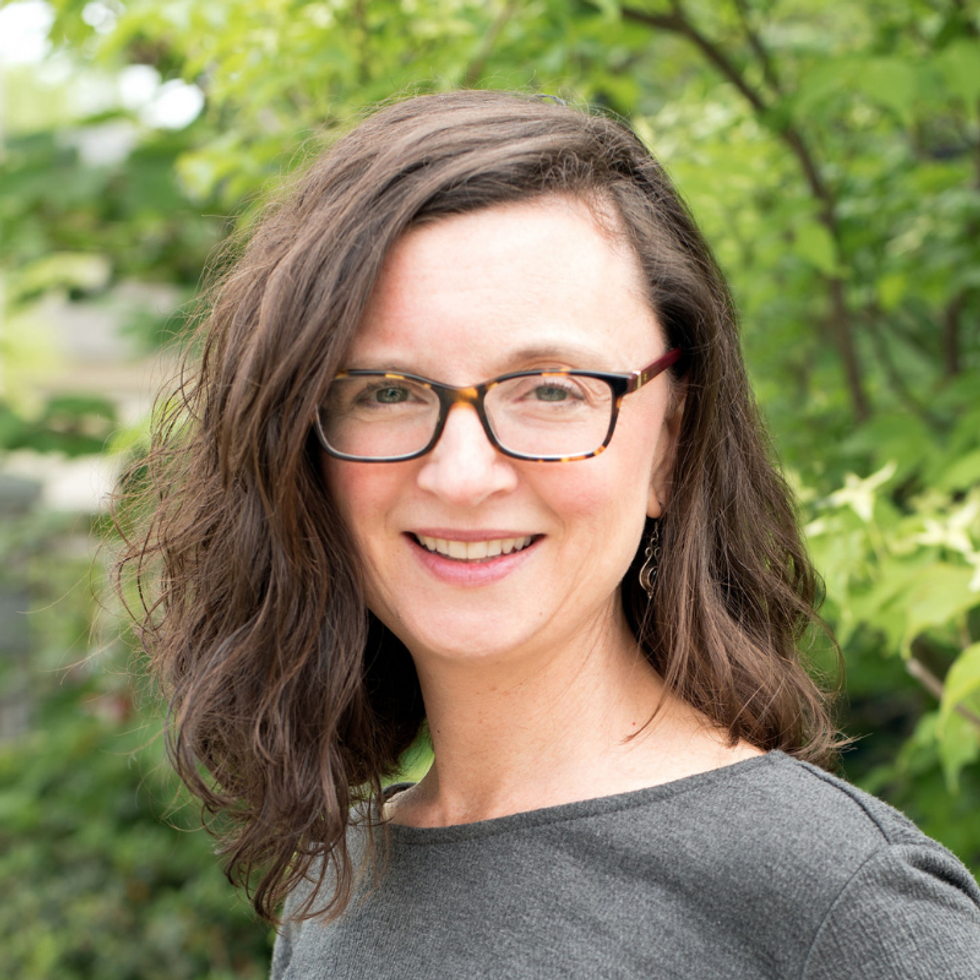 My Long Climb Out of Chronic Lyme

Living with Lyme Disease felt like being unable to pull up the blinds on the window and see the sky.

Living with Lyme Disease felt like being unable to pull up the blinds on the window and see the sky. I could still get through my day and moderately take care of my children, but I had no sense of a life beyond what was right in front of me, nor the ability to imagine one.

It's hard to say exactly how my chronic Lyme developed. I'd taken antibiotics for a bullseye rash in 2002 but never experienced any symptoms until after the birth of my second child in 2010. Did I get another tick bite? Did the stress of the pregnancy trigger the fatigue and brain fog — which came on with a vengeance after I'd seen an osteopath for a regular postpartum adjustment? Did that treatment release some long-dormant bacteria back into my bloodstream?

What matters is that I felt like a shell of myself. For years. Going up stairs left me out of breath, something I wouldn't have believed possible when I'd run a ten-miler one weekend and a half-marathon back-to-back, just a few months before getting pregnant. If I had to carry my baby or wear her in a sling, my endurance was even lower. Walking uphill to get my older child at the bus stop required significant recovery before I could even fathom starting to make dinner. If I attended a PTA meeting on a Tuesday and a parenting talk on Thursday, I was exhausted for days.

I was doing some tutoring and blogging, but I couldn't handle the obligations of a regular job. I focused my little energy on volunteering at my kids' school and for a Holistic Moms chapter I'd founded, but I eventually had to scale back even those commitments.

It took many years and thousands of dollars — and a tremendous amount of testing — to figure out what was wrong. It seemed that the Lyme, combined with a reactivation of the Epstein-Barr virus (EBV) from my teenage bout with mononucleosis, had caused me to develop multiple food, chemical, and environmental sensitivities.

Another theory was that the stress of the pregnancy had led to sensitivities that weakened my immune system, so that the Lyme and EBV got to be opportunists, flaring up again. No matter the chicken or the egg, I had to make my health my full-time job, which meant I wasn't able to earn much money or be a terrific mom.

Food preparation took up an inordinate amount of time. I could eat almost nothing that wasn't made from scratch without having some kind of reaction: flushed skin, irritation, itching, pain, or intense intestinal distress. I spent two years on the Autoimmune Paleo protocol eating no eggs, nuts, nightshades or legumes, in addition to no dairy or gluten, which I'd cut out years earlier. I avoided sugar and chocolate and couldn't even go near a cup of decaf. I got bodywork and took supplements by the handful.

It was worth it though because my health did improve. My legs no longer felt like they'd been filled with lead, and my brain could shift between tasks without my needing to close my eyes and shake my head. I no longer felt like an elderly woman when I was in my early 40s.

But then I developed a respiratory illness that laid me out for weeks. Having reviewed my previous medical interventions, I'd become wary of the impact of antibiotics and wanted to avoid them at all costs. My integrative doctor ran blood work that showed my mycoplasma pneumoniae numbers were through the roof, and my Lyme was no longer in the mainstream-questionable, chronic range but rather a full-blown, acute infection.

I followed my doctor's advice and that of a health coach friend. They recommended I rest a lot and take a number of supplements, including some hard-hitting herbs and essential oils. Their thinking went that the Lyme — whether from 2002 or another tick bite or both — had never really left my system. Because Lyme bacteria are masters of disguise, their spirochetes can hide out in the body for a long time, evading attacks from the immune system but wreaking havoc in various ways.

[Note from HealthyWomen: Spirochetes are long, slender bacteria that cause Lyme and syphilis. They look like tightly coiled springs. Their shape gives them the unique ability to avoid the host's immune system and resist antibiotic treatment by burying deep into the cells.]

That was early 2017. In the three years since, my strength and mental clarity have improved to a state I haven't experienced for ten years. I'm able to eat more foods, exercise, and occasionally spend a full day out of the house — sometimes even staying up past 10 pm! — without suffering the fatigue and incapacitating brain fog that used to last for days.

Being mindful about rest before and after busy days pays dividends and keeps me functioning at what might appear (to outsiders) as a near normal level. But I need to remain vigilant about doing things in moderation. It's possible that some spirochetes remain hidden somewhere in my system; another acute illness or stressor might cause a recurrence of Lyme symptoms.

So I say no when I need to, and say yes wholeheartedly to activities that bring me joy. I long ago realized I couldn't handle a third pregnancy, and I've continued to explore what strategies — including bodywork, mindfulness, rituals, diet and supplements — are necessary to keep my nervous system functioning well. During my health journey, I've learned plenty about myself and my response to stress, and I'm confident I have the knowledge and resources to address another acute crisis, should it arise.

For now, I'm thrilled to no longer feel like I'm swimming through jello, finally able to move freely through the world.

May is National Lyme Disease Awareness Month. HealthyWomen urges readers to educate themselves on how to do proper tick checks, tick removal and what to do in case of a bite.

Jessica Claire Haney is a writer whose work has appeared in The Huffington Post, The Washington Post, Scary Mommy, literary magazines and anthologies. A former high school English teacher, Jessica is a mother of two and the founder of the website Mindful Healthy Life. Find her at JessicaClaireHaney.com