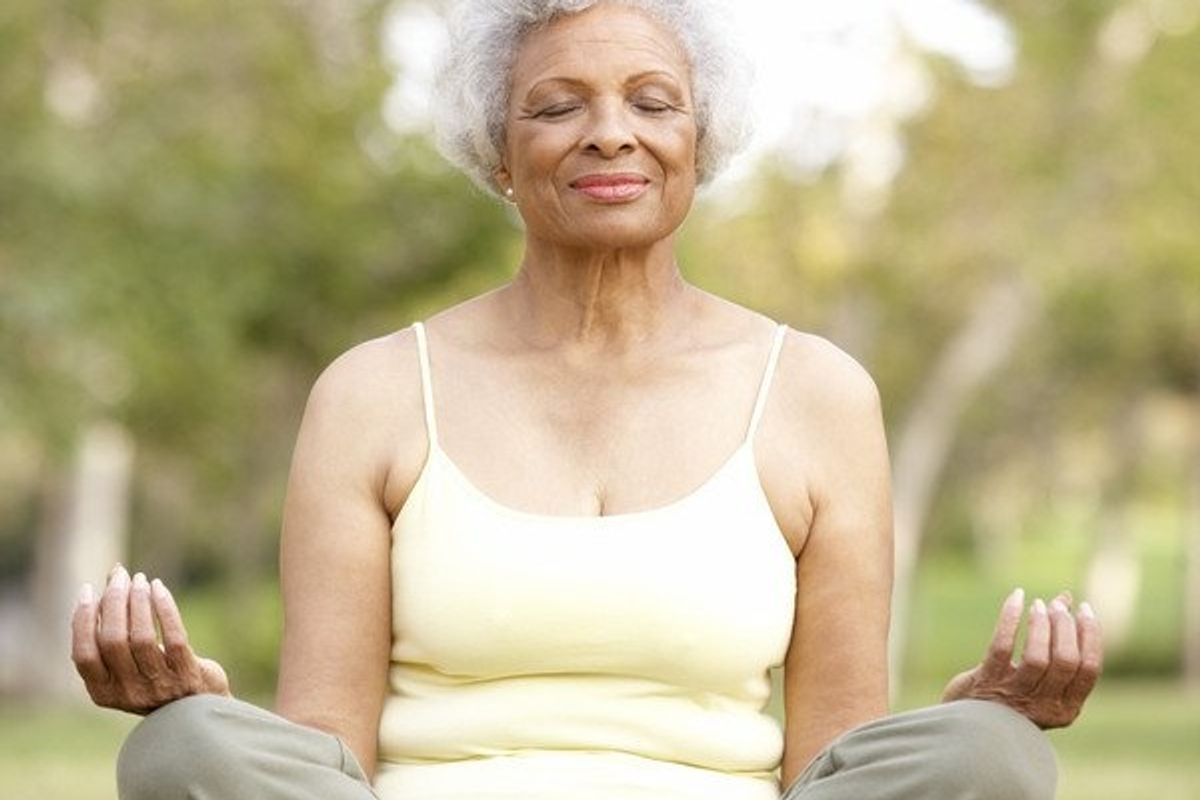 The study focused on 25 older adults deemed to have mild cognitive impairment -- problems with memory and thinking that may, in some cases, progress to dementia.

Researchers randomly assigned them to either 12 weeks of meditation and other yoga practices, or 12 weeks of memory enhancement training -- which taught strategies for improving forgetfulness.

In the end, the study found, both groups did a little better on tests of verbal memory -- the kind involved in remembering names or lists of words, for example. But the meditation group showed a bigger change, on average, in tests of visual-spatial memory -- which is needed for navigating while walking or driving, or trying to recall a location.

The meditators also showed fewer symptoms of depression and anxiety.

To Dr. Helen Lavretsky, the senior researcher on the study, that is a key finding.

"The benefits of yoga and meditation are diverse," said Lavretsky, a professor-in-residence in the psychiatry department at the University of California, Los Angeles.

There are several reasons the practices might help seniors with memory issues, Lavretsky said.

One way is by easing their anxiety about those problems. But, there may also be more-direct effects on "brain fitness," she explained.

Her team found evidence of that in specialized MRI scans that charted study participants' brain activity. In both groups, changes were seen in the "connectivity" of certain brain networks involved in memory.

The findings, published May 10 in the Journal of Alzheimer's Disease, are based on this small group of older adults followed for a limited time.

So it's hard to draw firm conclusions, said Mary Sano, director of the Alzheimer's Disease Research Center at the Mount Sinai Icahn School of Medicine, in New York City.

For one, she said, older adults with mild cognitive impairment are an "amorphous group." It can include people with temporary memory issues, or anxiety over memory lapses that are not pathological.

"The study participants' scores were pretty high, so that raises the question, are they really impaired or just nervous [about memory issues]?" said Sano, who was not involved in the study.

That said, many other studies have pointed to "neural effects" from meditation, Sano noted. So it's not surprising, she said, that people who practiced it would show changes on memory tests.

For the study, all the adults recruited by Lavretsky's team were ages 55 and older who had memory complaints -- forgetting names and appointments, or misplacing things, for example.

Eleven went through 12 weekly sessions in memory enhancement training, which has proven helpful in past studies of people with mild impairments. It involves learning techniques for managing memory issues, and performing mental exercises at home -- ranging from crossword puzzles to computer-based programs.

The yoga/meditation group also had a weekly class. It involved breathing practices, "kriyas" -- which combine some movement, stretching and breathing exercises -- and meditation. Their homework was to perform the 12-minute meditation every day on their own.

That combination, said Lavretsky, may be particularly engaging for the mind.

Since the study couldn't prove cause-and-effect, what's not clear, Sano said, is whether the study results reflect a specific effect of meditation. Learning a new activity stimulates the mind -- as does the social engagement of group classes, she explained.

Lavretsky agreed, and noted that many different activities -- physical, mental and social -- could help keep the brain fit.

The study tested a specific form of meditation, so it's not known whether other types would show the same results, Sano said.

On the other hand, she said, giving meditation a try is unlikely to be risky.

Older people who want to try a class should be aware that some "yoga" classes may involve a vigorous physical practice and little or no meditation, Lavretsky said.

She suggested that older adults with physical limitations look for gentler forms of yoga, such as restorative yoga and yin yoga. They can also try classes that focus on meditation alone.