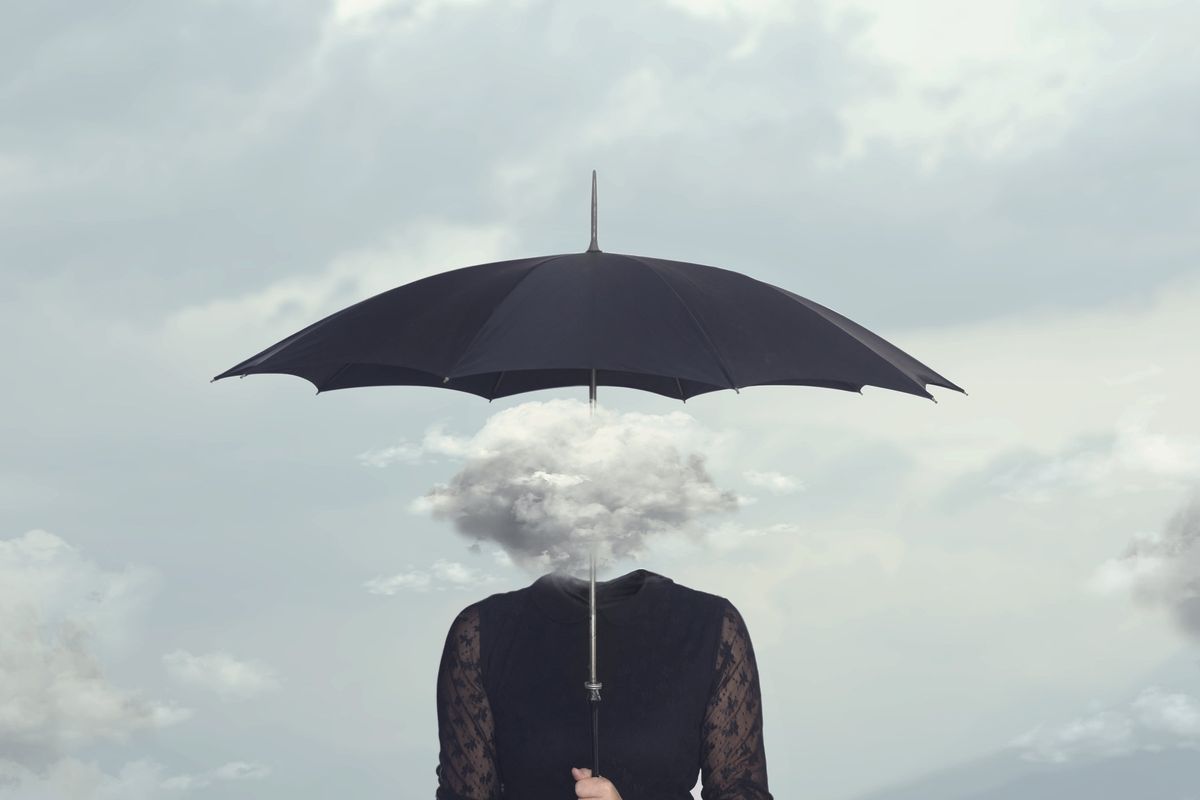 Menopausal and Feeling Forgetful? Brain Fog Might Be to Blame

This menopause side effect is frustrating, but it will pass

Menofog. Mentalpause. Perifog. Menobrain. Brain fog has plenty of nicknames, but whatever you call it, this menopause symptom causes distress for women who suffer from it.

"I find it frustrating. I feel stupid," Tania Wastney, 52, told HealthyWomen. Wastney described her brain fog as simple mix-ups — putting milk in her coffee instead of cream — and moments of forgetfulness, such as forgetting her phone's password even though she's used the same code for years.

Dr. Barb DePree, director of the Women's Midlife Services at Holland Hospital and a member of HealthyWomen's Women's Health Advisory Council, explained that, for most women, brain fog is expressed as forgetfulness. She described walking into a room and forgetting why or struggling to remember someone's name as examples.

"Typically," DePree said, "we associate the term 'brain fog' with the menopausal transition." However, it often persists into early menopause.

At 47, Judith Roszyk — who is wrapping up her master's degree in industrial and organizational psychology — is in that transition, also known as perimenopause. Roszyk has been experiencing brain fog for two years and it can ruin her day.

"It makes decision-making more difficult and details are often missed," Roszyk explained. "My cognitive abilities slow down, my responses slow down; it feels like my neurons are working in slow motion, as if they're stoned."

In one 2014 study, between 60% and 82% of women reported having reduced memory and mental clarity as they went through perimenopause and menopause. And while it's recognized that aging plays a role in memory cognition, brain fog is not synonymous with getting older.

"What happens to the aging brain is not unique to women," DePree said. "But, for most women, the difference is this is a very abrupt, line-in-the-sand change for them that happens coincident with menopause." Many women, DePree continued, find reassurance that their partners are likely experiencing similar memory lapses due to aging, but brain fog isn't a term used in men's health.

"Many women talk about work-related disruptions. They feel less competent in their ability to communicate effectively," DePree noted. "Many women feel like it takes longer to process [information], as well." In her practice, DePree sees women stepping aside at the office because they feel less competent. Indeed, other women HealthyWomen spoke with for this piece voiced similar concerns.

"It is very frustrating," DePree said. But the level of frustration depends on each woman's daily demands. She said some may find brain fog to be a huge frustration, while others consider it mild. "It doesn't affect all women equally," DePree added. Some women will never experience it.

Where does the fog come from?

The disruption — and later absence — of estrogen play a major role in the onset of brain fog. As DePree explained, estrogen is neuroprotective (meaning it protects nerve cells against damage and degeneration); it's known to boost the immune system and helps protect neurons from harm while also promoting new nerve connections. And it's the primary hormone affected by menopause. So when hormones start to ebb and flow during perimenopause, DePree said, "It's not surprising to know that the brain is impacted."

There are also additional perimenopause symptoms at work. Sleep disruption, often caused by hot flashes or night sweats, as well as anxiety and depression can also impact memory, focus and concentration.

DePree said word retrieval and forgetfulness causes many women to worry they're experiencing the early signs of dementia — adding that for most women, it doesn't.

However, women are more likely to develop Alzheimer's disease than men. So for a small subset of individuals, brain fog may be the beginning of cognitive impairment that might someday be Alzheimer's.

However, because women who've had hysterectomies with removal of the ovaries prematurely face a greater risk of developing dementia, DePree explained, "We do know that hormones are playing some role."

Luckily, most women who experience brain fog will eventually return to their baseline, as DePree called it, because brain fog is not permanent. And while that baseline might look slightly different due to aging, DePree stressed, "We don't lose intelligence and knowledge."

When asked how long brain fog can last, DePree said there are too many variables to put a time frame on it. More importantly, she said, it's the decisions made by women during this period that can have long-lasting impacts, such as quitting their jobs or turning down promotions. "My message to women is: Try not to let this make your world smaller because you haven't lost intellect."

Some data, she said, suggest starting hormone therapy early in menopause or late perimenopause could help protect against dementia. "My experience has been that hormone therapy has been beneficial to women who are experiencing brain fog," DePree said. HT can also improve sleep and help with mood, anxiety or depression, as well.

DePree said women should have a conversation with their health care provider about brain fog, family history and health risks, while also engaging in self-care.

"Brain fog," she concluded, "is not inevitable."