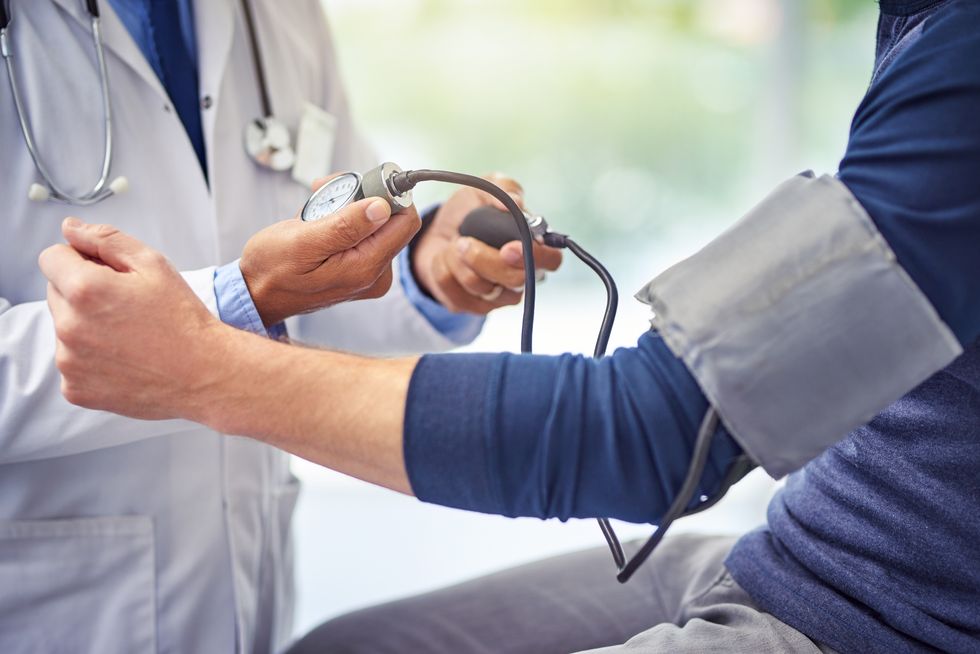 Read the top health headlines from this week, including the latest recall news for a popular blood pressure drug.

If you take medication for your blood pressure, pay attention. Torrent Pharmaceuticals told the Food and Drug Administration (FDA) late last week that it was expanding its recall to three additional lots of Losartan potassium tablets and two additional lots of Losartan potassium/hydrochlorothiazide tablets. Company officials said an impurity suspected of being a cancer-causing agent had been found in the finished manufactured version of the tablets. Here is more information about the recall from the American Heart Association.

If you want more health headlines, we’ve combed through this week’s top stories, so you don’t have to. Here’s what else caught our attention.

Hysterectomy Tied to Depression, Anxiety
New research in the journal Menopause shows the having a hysterectomy may increase the long-term risk for depression and anxiety. Removing the uterus may have more effect on physical and mental health than previously thought. Because women often get a hysterectomy at a young age, knowing the risks associated with the procedure even years later is important. Researchers reviewed the health records of nearly 2,100 women who underwent removal of the uterus but not the ovaries. They found they had about a 7 percent increased risk of depression and a 5 percent increased risk of anxiety over 30 years. Women who had a hysterectomy between the ages of 18 and 35 had the highest—12 percent—risk of depression, according to the study. Learn more about hysterectomies.

Four-Legged Friends Help Buffer Loss of a Spouse
New research published in The Gerontologist suggests that having a furry loved one at home may help ease the pain after the loss of a spouse. Pets can provide support during stressful times -- even petting a dog or cat can calm you, researchers noted. The study found that while all people who became widowed or divorced did have some decline in their mental health, having a pet seemed to make a difference. Patients without pets who experienced such a loss had an average of 2.6 symptoms of depression, but that fell to 1.2 symptoms for those with pets.

More Hot Flashes Could Mean Higher Odds for Heart Trouble
New research offers evidence that frequent or persistent hot flashes are linked to higher odds of heart attack and stroke. The finding stems from a 20-year study of about 3,300 women during menopause. Of those women, 231 had a heart attack, stroke or heart failure. Women who had frequent hot flashes had twice the risk of heart trouble during the study, researchers found. And those who had persistent hot flashes had an 80 percent higher risk over 20 years. Not all women who experience hot flashes will develop heart disease, nor are hot flashes a cause of heart disease, experts said. But menopausal women are still at a greater risk of other preventable chronic diseases like diabetes and high blood pressure. Find out what you should know about menopause.

Eating Onion and Garlic May Reduce Breast Cancer Risk
In the first population-based study to examine the association between onion and garlic consumption and breast cancer in Puerto Rico, researchers found that women who ate sofrito (a condiment that’s a staple of Puerto Rican cuisine) more than once per day had a 67 percent decreased breast cancer risk. That’s according to the findings of a study led by University at Buffalo and University of Puerto Rico researchers. Results were published in the journal Nutrition and Cancer. In fact, those who consumed sofrito more than once per day had a 67 percent decrease in risk compared to women who never ate it. Find out why your breast cancer may be missed.