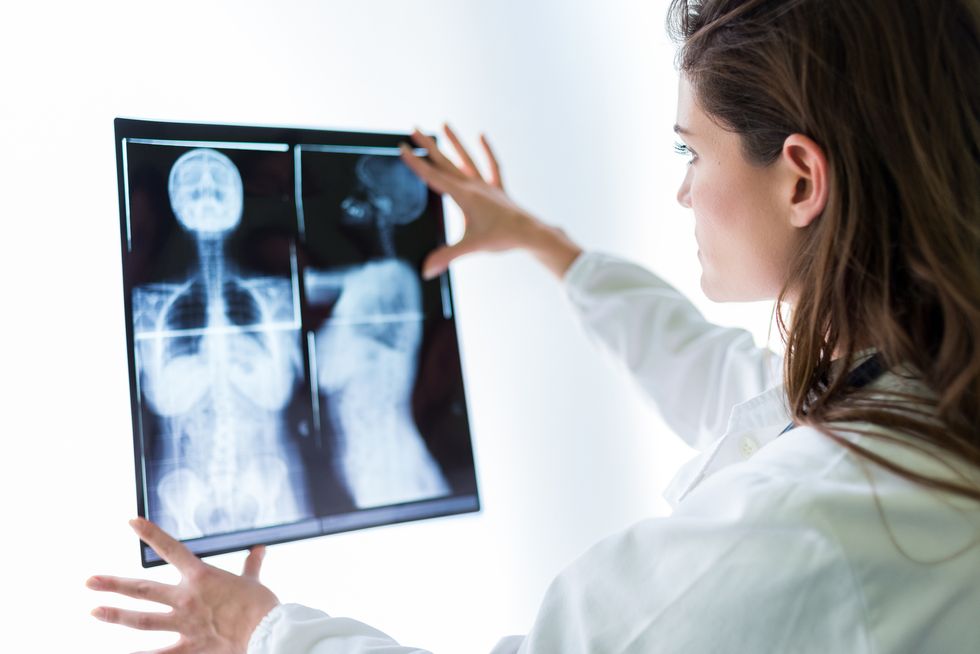 For most women, mammograms are the appropriate screening method, but for women with dense breasts, other types of screening may find breast cancer sooner.

You know the significance of taking care of your body, and your breasts are way up there in the all-important surveillance category.

But despite your best efforts—regular screening with mammograms; knowing what your breasts look and feel like; being aware of any changes like puckering, dimpling, thickening or bumpy areas—breast cancers can be missed.

While most changes are not a sign of breast cancer (nine out of 10 breast lumps are not cancerous), you don't want to miss a breast cancer. When breast cancer is caught early, it increases survival odds in many cases.

Mammograms are the best screening device available for general use, but they can sometimes be inaccurate, creating false-positive or false-negative findings. They are more likely to miss breast cancers if you have dense breasts.

Dense breasts are normal, affecting two-thirds of premenopausal and one-quarter of postmenopausal women, but they can obscure the findings on a mammogram, depending on the scale of density. Breast density usually declines with age and body mass index (BMI). They can be caused by age, heredity or hormone therapy containing estrogen plus progestin.

Dense breasts affect 25 million U.S. women of breast cancer screening age (between the ages of 40 and 74), according to a 2014 study published in the Journal of the National Cancer Institute, which studied more than 1.5 million mammograms. The same study stated that breast density not only makes it difficult for mammograms to be read (because abnormalities can be concealed), but they increase a woman's chances of developing breast cancer.

Another risk for women with dense breasts is being diagnosed with a more advanced breast cancer—which is likely to be larger or have already spread to the lymph nodes—because cancers can be missed at their earlier stages.

Breast tissue contains milk glands, milk ducts and supportive tissue (dense breast tissue), plus fatty tissue (non-dense breast tissue). The fibrous or glandular tissue of dense breasts appears as solid white areas on a mammogram, which is tough to see through. Cancers can also appear as white. The appearance of non-dense tissue, which appears dark and transparent, makes spotting a cancer much easier.

If your breasts are firm or lumpy, you might think they're dense, but that's not necessarily true. Dense breasts can only be determined by mammography, rather than touch. To determine the level of your breast density, which can range from almost entirely fatty to extremely dense, radiologists will look at the ratio of non-dense tissue to dense tissue.

What to do if you have dense breasts

Mammograms are still recommended for screening, but you might want to consider being screened every year rather than every other year or less frequently, because this may help detect an abnormality sooner. Digital mammograms, which are commonly used, give clearer and more detailed results.

There's also some evidence that women with breast dense may benefit from supplemental tests:

Obviously, it's imperative to know if you have dense breasts. Connecticut was the first state to mandate that women be informed of this condition. Are You Dense? began as a grassroots advocacy movement to protect women. Click here to see if your state has put this safeguard into place. Knowing so can help you get the tests you need.

With age, your breasts can change, and so can your personal risks and benefits and need for different screening recommendations.