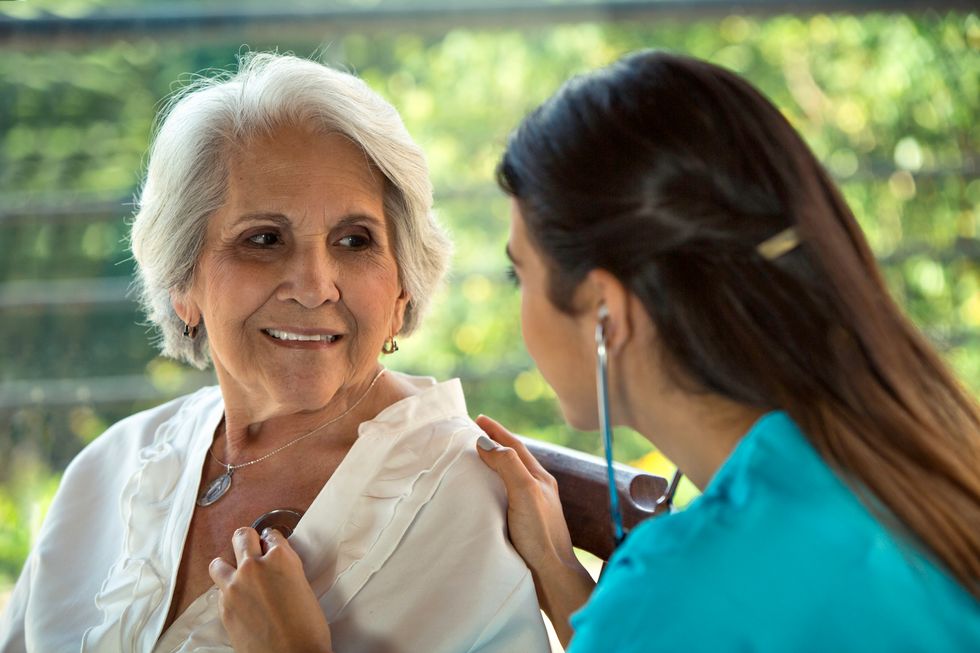 New study results suggest that invasive procedures, stents and bypass surgery should be used more sparingly in patients with stable heart disease. Learn more about this and other health headlines that caught our attention this week.

Some of the most common invasive heart procedures in America are no better at preventing heart attacks and death in patients with stable heart disease than pills and lifestyle improvements alone, according to a federally funded study. Researchers found that invasive procedures to unclog blocked arteries were significantly better than pills at decreasing patients' chest pain during exercise. But the study, called ISCHEMIA, found no difference in many major heart-disease outcomes including cardiac death, heart attacks, heart-related hospitalizations and resuscitation after cardiac arrest. No benefit was found in people without chest pain. Overall, study results suggest that invasive procedures, stents and bypass surgery should be used more sparingly in patients with stable heart disease and the decision to use them should be less rushed.

Read more about the study here.

Lose Weight, Stop Smoking to Reduce Risk of Hot Flashes
New research, which appears in the American Journal of Obstetrics and Gynecology, found that keeping a healthy weight and quitting smoking before age 40 may significantly relieve the hot flashes and night sweats that often characterize menopause. About 85 percent of menopausal females report experiencing hot flashes. About 55 percent of these individuals begin to experience hot flashes even before any other signs of menopause or before menstruation becomes irregular. Find out how a hysterectomy impacts menopause.

Mindfulness Can Help Ease Breast Cancer
Women with advanced breast cancer might find that mindfulness can ease their pain, anxiety and depression, a new study suggests. Mindfulness is the ability to keep your mind focused on the present moment. Higher levels of mindfulness were associated with less pain, fatigue, anxiety, depression and sleep disturbance, according to the study in Psycho-Oncology. Here is how you can reduce your breast cancer risk.

Men and Women Perceive Their Own Health Differently
A Mayo Clinic study in the American Journal of Health Behavior investigates differences in how men and women perceive their own health. The study finds that confidence in maintaining good health habits can be influenced by gender. Men reported higher levels of physical activity and greater confidence in their ability to remain physically active, according to the study. It surveyed 2,784 users at the Mayo Clinic Dan Abraham Healthy Living Center, an employee wellness center. Men and women had comparable levels of confidence that they would maintain a healthy diet.

Illiteracy May Triple Dementia Risk
New research suggests that being unable to read or write can raise the chances of developing dementia by two or three times. The study in Neurology offers strong evidence for a link between illiteracy and dementia risk. The finding also offers insight into how dementia risk could be affecting the 2 million illiterate adults in the United States.

Kidney Injury on the Rise in Women Hospitalized During Pregnancy
Kidney damage among U.S. women hospitalized during pregnancy is on the rise, and those women are more likely to die while in the hospital, a new study finds. Kidney injury during pregnancy increases the likelihood of complications and death in mothers and their babies. For the study, researchers analyzed data on more than 42 million hospitalizations during pregnancy that occurred in the United States from 2006 to 2015. Overall, the rate of hospitalizations for acute kidney injury was 0.08 percent. But the rate rose from 0.04 percent in 2006 to 0.12 percent in 2015, the researchers found.

Most Health Care Providers Don't Know Hair Care Is a Barrier to Exercise for Black Women
The extra care that black women's hairstyles can require is often a barrier to exercise, but many U.S. health care providers aren't aware of the problem, finds a study in the Journal of the American Board of Family Medicine. The study findings show the need to include this topic in medical education curriculums to potentially impact the long-term health of black women.

High Blood Pressure During Pregnancy Tied to Future Heart Risks
Pregnancy-related high blood pressure puts women at higher risk of heart disease later on, new research in Journal of the American College of Cardiology suggests. In the study, researchers analyzed an average of seven years of follow-up data on more than 220,000 women in the United Kingdom. Those who had gestational high blood pressure or preeclampsia in at least one pregnancy had stiffer arteries, and two to five times the rate of chronic high blood pressure later on, the findings showed. These women were more likely to develop heart problems, including coronary artery disease, heart failure and valve disease, according to the report. Get to know your blood pressure numbers.

Diabetes Harder on Women's Hearts
Diabetes might be more deadly for women than men, at least when it comes to heart troubles, research in shows. Researchers are trying to determine the reasons why heart failure is more common among women with diabetes than men with diabetes, according to the paper published in the European Journal of Preventive Cardiology. Authors noted that the number of people with diabetes could jump to 629 million worldwide by 2040.