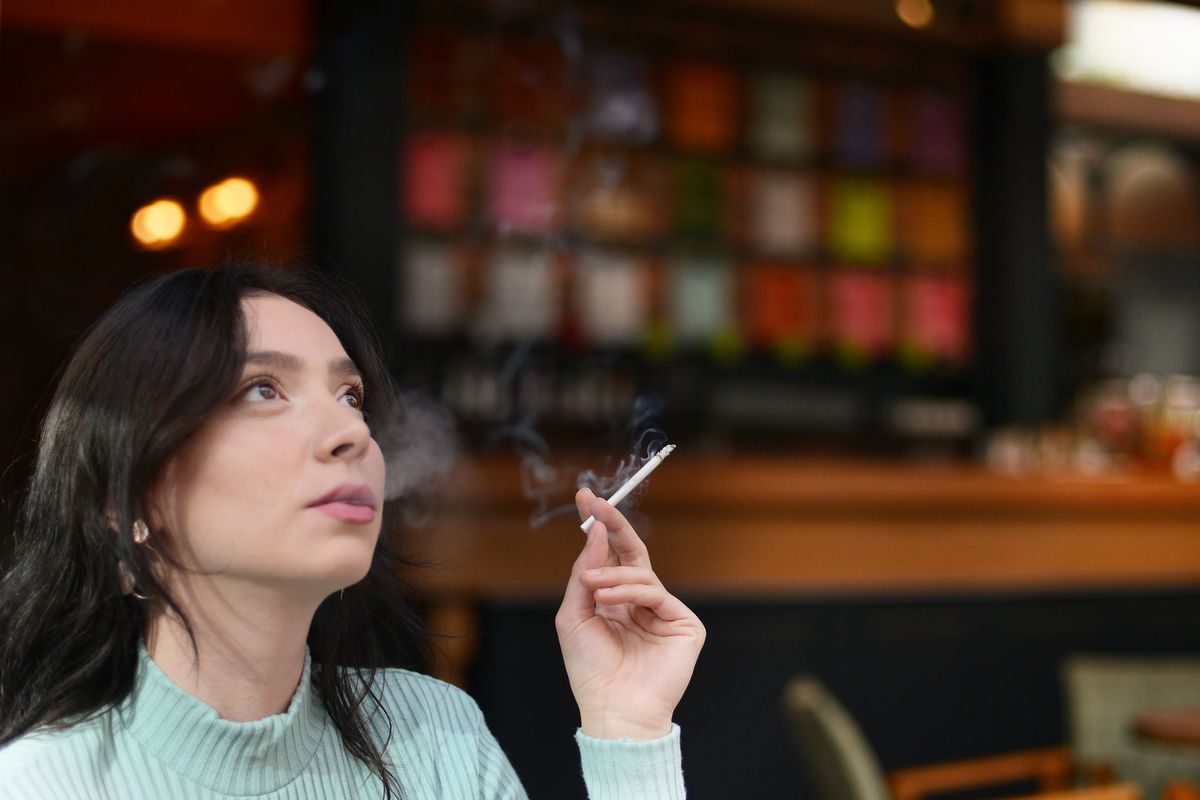 Smoking is dangerous, but quitting's not easy. Here are some tips for how to quit for good.

Joanna had her first cigarette at 16.

"My older sister smoked and so did her friends," Joanna* wrote in an email. "I saw them smoking and thought it was cool and they taught me how."

That started a decade-long habit that Joanna quit 14 years ago, after watching her co-worker undergo chemotherapy treatment for cancer.

"She was so tired and missed a lot of work," Joanna recalled. "She also wore a wig and was constantly sweating. Selfishly, I really liked my hair and could not imagine losing it and having to wear a wig."

If you're thinking of quitting, November 19 is the perfect day. That's the Great American Smokeout, a day created by the American Cancer Society in the 1970s to help people give up their cigarette habit.

"See the day as an opportunity to start a journey to a smoke-free life," said Laura Makaroff, senior vice president of prevention and early detection at the American Cancer Society. "Any day is a good day to quit smoking."

Smoking on the decline

While smoking rates are the lowest they've been in decades — 13.7% of Americans smoked in 2019, compared to 42% in 1965, according to the American Cancer Society — lung cancer remains the leading cause of cancer deaths in the United States.

"Some people might think smoking is no longer an issue because they might not be around people who smoke," Makaroff said. "Smoking is still a huge issue."

Smoking remains prevalent among certain demographic groups including GED holders, non-Hispanic American Indians/Alaska Natives, people who identify as LGBTQ, and those who make less than $35,000 per year. Rates are also higher for those who are divorced/separated or widowed, don't have health insurance or are on Medicaid, and people with disabilities.

"Part of [the reason] is the long-standing patterns and history of the tobacco industry targeting vulnerable populations to get them addicted to tobacco for a lifetime," Makaroff said.

If people live in areas where there are more retailers, particularly convenience stores, they're more likely to smoke.

"That makes a big difference," Makaroff said. "It's more readily available and they are more exposed."

The connection between smoking and lung cancer became well known after a 1964 surgeon general's report took the United States by storm. That was followed by a law requiring warning labels on cigarette packs and advertising. But what is less known is that other cancers, including stomach, kidney, bladder, cervix and colon, can also be caused by smoking.

"Smoking really impacts a lot of different parts of the body," Makaroff explained.

People who smoke are also at risk of heart disease, stroke and chronic obstructive pulmonary disease.

While it's not yet clear if smoking increases one's risk of contracting COVID-19 specifically, smoking leaves a person more susceptible to respiratory illnesses. Smokers or ex-smokers who get the virus may be more likely to be hospitalized and/or placed on a ventilator.

One positive is that the pandemic might be inspiring people to quit.

"We've seen some uptick in people asking their physicians how to quit because they're concerned about the risks from COVID-19," Makaroff said. "Maybe lung cancer feels more faraway, but COVID has been impacting so many people. When you see the immediate acute impact of COVID, maybe it feels a little more real."

"The change in setting and drive were a huge help to me quitting," she wrote. "It broke me out of old habits."

She also joined a gym and started eating healthier.

"This helped me feel way better overall and instead of gaining weight, I went on to lose 50 pounds!" she wrote, adding that she used the patches for around two months.

Nicotine patches, exercise and one-on-one counseling are among the methods that can help people quit, said Dr. Jessica Matthews, assistant professor and director of the Master of Kinesiology in Integrative Wellness program at Point Loma Nazarene University and member of HealthyWomen's Women's Health Advisory Council. Telephonic counseling and group therapy can also be more effective than going it alone.

"Group therapy offers individuals the unique opportunity to learn about the challenges and successes of other smokers, insights which can be helpful in their own journey toward quitting," Matthews wrote in an email. "Mindfulness training has also shown promise as a brief, stand-alone treatment for smoking cessation as evidenced by the findings of a 2011 randomized controlled trial."

In addition to nicotine patches, there are prescription medications that can help you quit. Another key to success is having a strong support system, but that can be difficult for people who belong to groups that have higher smoking rates. Making treatment more accessible can help, Matthews said.

"This includes considering ways in which to reduce the financial burden of seeking treatment and support as well as to ensure culturally appropriate interventions are provided using a proper level of health literacy for individuals who may have lower levels of education," Matthews wrote.

Joanna's husband initially continued to smoke while she was quitting, but eventually joined her in kicking the habit two years ago.

No matter how many years you've been smoking, it's never too late to stop, Makaroff said.

"Don't give up," Joanna advised. "Keep fighting for your health and believe that nicotine does not have to control you!"

*Joanna asked us not to use her last name.

I’m Fully Vaccinated – Should I Keep Wearing a Mask for My Unvaccinated Child?