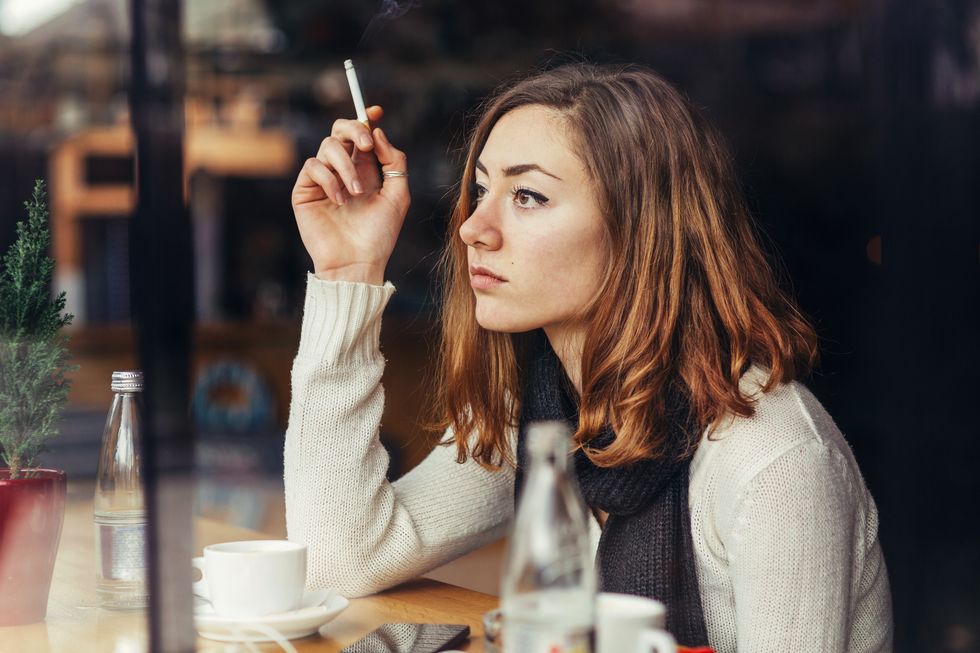 Only Smoke 1 Cigarette a Day? It Can Still Kill You

If you think having just one cigarette a day won't do any harm, you're wrong.

THURSDAY, Jan. 25, 2018 (HealthDay News)—If you think having just one cigarette a day won't do any harm, you're wrong.

British researchers say lighting up just once a day was linked to a much higher risk of heart disease and stroke than might be expected.

"Smokers should quit instead of cutting down, using appropriate cessation aids if needed, to significantly reduce their risk," the study authors said.

And it's a warning to the young that even so-called "light" smoking carries a heavy price, one expert said.

"These lighter-smoking young adults frequently do not even consider themselves smokers," she said, but they are still at "risk of developing coronary heart disease from smoking even a small amount of cigarettes."

For the new study, Hackshaw's team looked at data from 141 studies. Since the average cigarette pack contains 20 cigarettes, the researchers expected that the risk of heart disease or stroke for a 1-cigarette-per-day smoker would be just 5 percent of that of a pack-a-day user.

But that just wasn't the case. Instead, men who smoked just one cigarette a day still shared a full 46 percent of the increased odds for heart disease that a heavy smoker had, and 41 percent of the risk for stroke.

When the researchers focused on studies that controlled for several other risk factors, they found that smoking just one cigarette a day still more than doubled women's risk of heart disease.

The study was published Jan. 24 in The BMJ.

"We have shown that a large proportion of the risk of coronary heart disease and stroke comes from smoking only a couple of cigarettes each day," Hackshaw said in a journal news release. "This probably comes as a surprise to many people. But there are also biological mechanisms that help explain the unexpectedly high risk associated with a low level of smoking."

She said that quit-smoking efforts can work, but "true success is to avoid [initiating] tobacco exposure altogether."