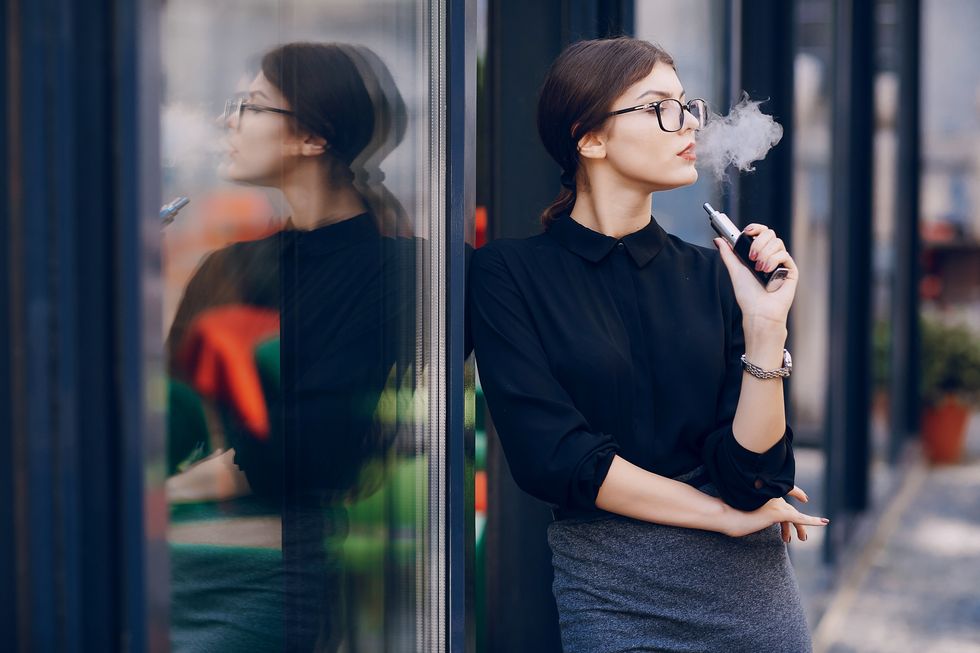 Vaping and Depression: What’s the Connection?

READ: Vaping is Bad for Everyone, and It's Especially Unhealthy for Children

The researchers found a strong association between vaping and depression in a study of nearly 900,000 U.S. adults.

"There is a potential risk between e-cigarette use and depression," said lead researcher Dr. Olufunmilayo Obisesan. She is a postdoctoral fellow at the Johns Hopkins Center for the Prevention of Heart Disease, in Baltimore.

"E-cigarettes are not as harmless as people once thought they were," Obisesan added.

Prior studies have found an association between tobacco cigarettes and major depression and suicidal behavior, she noted.

"Because e-cigarettes contain nicotine, there could also be an association with depression," Obisesan said.

She was quick to point out that this study can't prove vaping causes depression. It might be that depressed people are more likely to use electronic cigarettes in the first place, she suggested.

Also, the odds for depression increased with more frequent use of e-cigarettes, the findings showed.

Nicotine causes changes in the brain, which might increase stress that leads to depression, said Dr. Shawna Newman, a child and adolescent psychiatrist at Lenox Hill Hospital in New York City.

And depression increases the risk for suicidal thoughts and attempted suicide, Newman said.

"Nicotine messes with humans, there's no question about that," she said. Nicotine may change the chemistry in the brain, making depression more likely or more intense.

"Short-term, your mood might get a little boost from nicotine, but long-term exposure appears to have some profound negative effects on mood," Newman said.

E-cigarettes originally were touted as an alternative to traditional cigarettes, but the hazards of vaping are becoming increasingly apparent. Nicotine dependence is one concern. And in the United States, the number of those stricken with a severe lung illness tied to vaping has topped 2,100, and more than 40 people have died from vaping-related illness, according to the U.S. Centers for Disease Control and Prevention. The CDC noted that more than 85% of cases involved products that contained THC, the marijuana chemical that provides a high.

For this new study, Obisesan and her colleagues collected data on more than 890,000 men and women who took part in the national Behavioral Risk Factor Surveillance System survey from 2016 to 2017.

The report was published online Dec. 4 in JAMA Network Open.

Patricia Folan is director of the Northwell Health Center for Tobacco Control, in Great Neck, N.Y. She said, "This study is a call for action among physicians, particularly psychiatrists, that patients suffering from depression or other behavioral health issues must be screened and treated for tobacco dependence, either combustible cigarettes or e-cigarettes."

Folan added that depressed people who are trying to break the nicotine habit may need special care.

These patients may also require depression treatment, she added.

"Addressing depressive symptoms during the quitting process will also be needed to increase rates of success," Folan said.