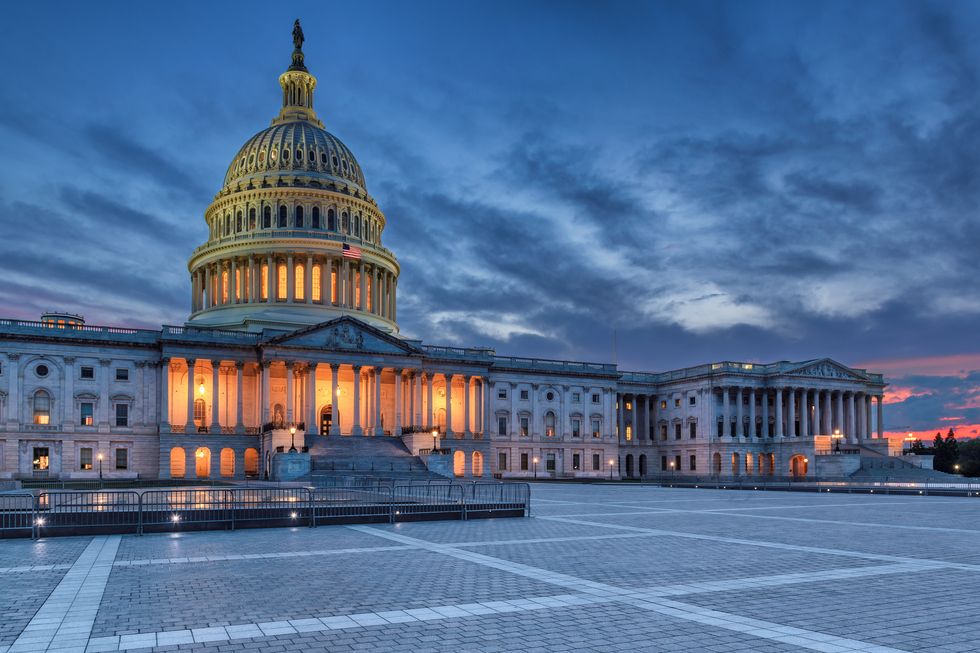 Jacinda Townsend's gynecologist told her that having a hysterectomy wouldn't jump start menopause because she was only having her uterus, and not her ovaries, removed. To the contrary, for the two and a half years after the surgery, Townsend, then in her mid-40s, suffered from insomnia, weight loss and anxiety so crippling she sought help from a therapist.

Then she read an article that indicated having a hysterectomy can bring on menopause, and she realized there might be a correlation between her surgery and her symptoms.

A few years before Townsend had her hysterectomy, a 2011 study found that women aged 30 to 47 who had hysterectomies that left the ovaries intact nearly doubled their risk of early menopause. And a study from 2019 determined that women over 30 who keep their ovaries are at greater risk for depression or anxiety.

Asked if her gynecologist had ever pointed her toward any scientific research about the relationship between hysterectomies and menopause, Townsend laughed, "No, I had to do research alone — I've consulted the internet more than doctors' offices."

HeathyWomen doesn't want any woman to have to navigate health challenges alone. During the first quarter of 2020, we conducted a survey — "Which Health Policy Issues Matter Most to You?" — of almost 300 women to learn which health policies are most important to women. Interestingly, just over 54% of respondents felt either somewhat or very knowledgeable about health policy issues, while around 46% confessed to not being well versed on policy issues or having no understanding of them at all.

Our survey showed that women are thirsty for information regardless of their current knowledge base. A whopping 75% of respondents indicated that they want to learn more about scientific advances relevant to women's health. This, along with other survey findings, will drive future HealthyWomen content initiatives designed to help women make informed health choices for themselves, their families and their communities.

Despite gains in acknowledging sex differences, there's still a long way to go

In addition to prioritizing access to scientific advances, nearly 50% of women want to see more information about federal legislation and regulations that shape women's health. Unfortunately, this sort of information is limited since, historically, women have been left out of research, and there's a historical dearth of policies that center women.

Whereas the first modern clinical trial for men was conducted in 1747 to study a treatment for scurvy, women were excluded from such trials for hundreds of years — it wasn't until 1993 that the United States Congress passed a federal law formalizing women's involvement in clinical trials.

The centuries-long lack of women-specific research means that it's only in the last two decades that women have been represented in important studies on common diseases such as cancer and heart disease, and it's only now that we're starting to understand how certain diseases present differently in men and women.

For instance, studies have shown that women with cardiovascular disease are more likely than men to experience shortness of breath; fatigue; nausea and vomiting; and back, jaw and abdominal pain during a heart attack. Although the heart attack rate has decreased for older adults, it's on the rise among women aged 35 to 54, yet their heart attacks are often misdiagnosed because their symptoms often differ from men's.

Understanding the gender differences in disease presentation matters, and 33% of our survey respondents think this topic should be one of HealthyWomen's top coverage priorities. A recent study from the University of Copenhagen found that women are diagnosed an average of four years later than men in connection to 770 diseases, and two and a half years later in the case of cancer. Bottom line: Because healthcare is so often designed with men as the default patient, millions of women slip through the cracks.

"The goal of HealthyWomen is to educate women so they have a better understanding of their own policy issues," said HealthyWomen's Senior Policy Advisor Dr. Michael D. Miller, who designed and fielded the survey. He added, "[This knowledge can] help [women] make their own decisions about health care insurance, including the cost of care and knowing how to ask the right questions."

Forty-eight percent of survey respondents agree that there should be more information about policy initiatives that make health insurance and health care more accessible and understandable, and 42% want policy to focus on access to health care.

Prior to the 2010 passing of the Affordable Care Act (ACA) — the most important advance in women's health policy since the creation of Medicare and Medicaid in 1965 — women faced challenges that prevented one-third of them from obtaining affordable insurance and health care. Insurance companies could also use a person's medical history, or preexisting conditions, as a way to deny coverage. Prior to the ACA, it was estimated that 29.4 million women had preexisting conditions, compared to 22.8 million men.

Many gains in women's health have been made since the passing of the ACA. For example, insurance companies are now barred from denying coverage or charging more because of preexisting conditions. Additionally, women's access to patient care has been expanded and preventive care, including certain cancer screenings, is covered without out-of-pocket costs in most cases.

Yet gross inequities in health care still remain. As of 2017, one in 10 women were still paying out of pocket for Pap tests, mammograms and colon cancer screenings. And while ACA expansion has reduced mortality, women in the United States still have the highest maternal mortality rate compared to 10 other high-income countries.

In addition, navigating the health care system is just as labyrinthine a process as it was prior to the ACA. Insurance options are confusing and it is often difficult to figure out when and how to use out-of-network providers. COVID-19 may prove to make it even more difficult to access care and get insurance, especially for women from marginalized groups.

Conditions and disease areas that matter most to women

HealthyWomen asked women which conditions or disease areas they would like us to address. Thirty-eight percent of respondents would like us to share more content about all types of cancer, while 26% would like more content about heart attacks and strokes, including high cholesterol and high blood pressure. Autoimmune conditions, including lupus and multiple sclerosis also ranked high (25%), as did chronic pain, including pelvic pain and migraines (25% and caregiving, whether for a spouse, parents or other relatives or friends (25%).

Although HealthyWomen was already developing content strategies that focus on most of these conditions and disease areas, the survey results also showed that 40% of you would like us to put more energy toward mental health, including postpartum depression, a debilitating mood disorder that affects women after childbirth.

That response is not surprising given that mental health issues impact millions of American women. For example, women are twice as likely to be diagnosed with anxiety disorders and experience depression than men, and one in eight women in the United States experience symptoms of postpartum depression.

What can women do?

Historically, women's health policy has been marginalized, but that doesn't mean that the cards are forever stacked against them. Women are their own best advocates, especially when armed with knowledge and information.

"HealthyWomen is committed to educating women, so they can advocate for themselves and for health care policies that benefit all women," Miller said.

Why Diversity in Clinical Trials Is Important