Joan DelFattore, Ph.D., writes about living single in a couples-oriented culture, particularly with respect to health care. Her articles have appeared in the New England Journal of Medicine, The Washington Post, Philadelphia Inquirer, Psychology Today, and many more. Follow her at @joandelfattore. 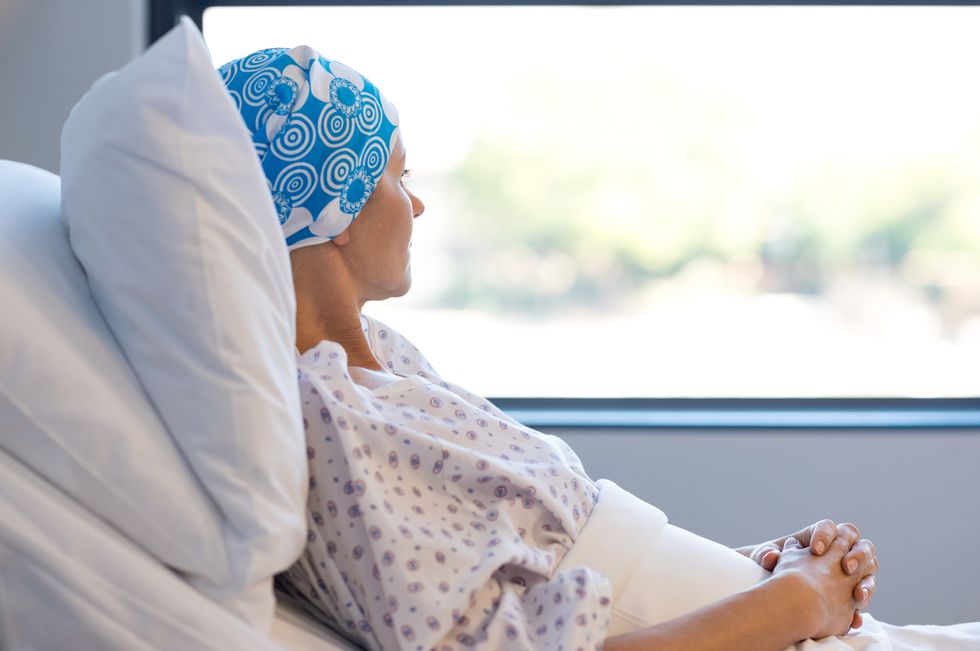 Female and Single: A Double Whammy for Cancer Care

Female and Single: A Double Whammy for Cancer Care

Single cancer patients don't get the same care as married patients — and it's even worse for single women.

In an episode of “Last Week Tonight," comedian John Oliver skewered what he called "a woman-shaped blind spot in medicine." Among his targets was a 1990 study on preventing breast cancer in women, which was done exclusively on men.

The researchers claimed that since the metabolic reaction they were studying doesn't vary by gender, using only men would eliminate "the possible influence of fluctuating hormone levels."

Three things are wrong with that statement.

First, as evidenced in an editorial written in response to that 1990 study, the authors' claim that the metabolic reaction they studied doesn't vary by gender is questionable, as research keeps revealing additional differences between men's and women's bodies.

Second, if women's hormonal cycles might affect the way a treatment works, researchers can't show that it's safe and effective for people who menstruate by testing it on people who don't menstruate.

Illogical as it may seem, that all-male breast cancer study is part of a long history of male-centered medical research. A few years after its publication, the U.S. Food and Drug Administration began requiring researchers to include women in clinical trials. And yet, despite significant improvements since then, women remain at risk for discrimination in research and treatment.

Do unmarried women face even greater gender bias in medicine?

That tendency to focus on men extends not only to physical conditions but also to psychological and social factors in medical care. I learned about that by chance, while doing research on discrimination against unmarried cancer patients.

It started with a personal experience when an oncologist wanted to give me much less than the recommended chemotherapy for my diagnosis of gallbladder cancer. No matter what I said about friend-based support, he couldn't believe that a woman without a partner, living alone, could have the help necessary to handle harsh drugs.

Although I was able to get the recommended chemotherapy elsewhere, that incident made me wonder whether single patients often receive less aggressive treatment. I found the answer in a National Cancer Institute database that tracks millions of patients by, among other things, marital status. It shows that even when researchers account for things like age and tumor characteristics, cancer patients are significantly more likely to receive surgery and radiotherapy if they're currently married than if they're widowed, divorced, separated or single.

In itself, that's not news. I've found more than 100 medical articles showing that cancer patients are more likely to survive — and also more likely to receive aggressive care — if they're married. My own research, which appeared in the New England Journal of Medicine last fall, focused on how medical researchers explain the discrepancy in cancer care between married and unmarried patients.

What I found was that, like the oncologist I'd encountered, they assert, without evidence, that unmarried adults lack the social support necessary to handle challenging cancer treatment.

While it's true that some single adults — like some married people — don't have anyone to care for them when they're ill, it's equally true that many singles have strong social networks. Psychologist Bella DePaulo, who pioneered the scientific study of single life, and with whom I've co-authored three articles, told me recently that "On the average, single people have more friends than married people, and they do more to maintain their ties with their parents, siblings, friends, coworkers and neighbors."

And that's where the gender bias comes in. Research shows that marriage is more strongly related to health and well-being in men than in women, in part because women are more likely to draw support from friends and social groups. When gender differences exist, DePaulo explained, "Women are typically better than men at living a happy and healthy single life."

So it's not surprising that in medical studies of marital status and cancer outcomes, being married is almost always more of an advantage for men than for women. In some studies, the higher survival rate among married patients is driven entirely by men's results, while marital status makes no difference for women. And yet, ignoring the gender difference, the authors of these articles routinely claim that being married is associated with a better chance of survival, as if that were true for everyone.

When these medical authors offer evidence to support their contention that marriage is essential for social support, they often use studies of social support in prostate cancer patients — obviously, all men. Another study they commonly cite deals with colon cancer patients, but far from being gender neutral, it's entitled, "Psychological Distress Among Male Patients and Male Spouses: What Do Oncologists Need to Know?"

I'm often asked whether unmarried women are more likely to be undertreated than unmarried men. The answer is that I don't know, because like many questions important to women, that hasn't been studied. Even without that information, though, it's clear that unmarried women face a double whammy.

Regardless of gender, unmarried cancer patients don't get the same care as married patients. On top of that, the assumption that unmarried adults are socially isolated is more likely to be incorrect for women than for men, putting women at greater risk for being inappropriately undertreated.

How can unmarried patients protect themselves?

For one thing, they can learn how their condition is usually treated. Of course there can be good reasons for deviating, but at least they'd know enough to ask why.

Second, having a companion at medical appointments can show that someone cares.

Third, patients can describe their nonspousal support before treatment is discussed, to see whether a physician is open to it.

Such discussions are important because the solution to this problem is not blame, but education. Recognizing that physicians have social biases doesn't mean they're bad physicians. It means that they're normal humans. Even if challenging inaccurate assumptions is uncomfortable in the short term, it's the clearest path to change.

Do Ethnicity and Race Put People at Higher Risk for Head and Neck Cancers?