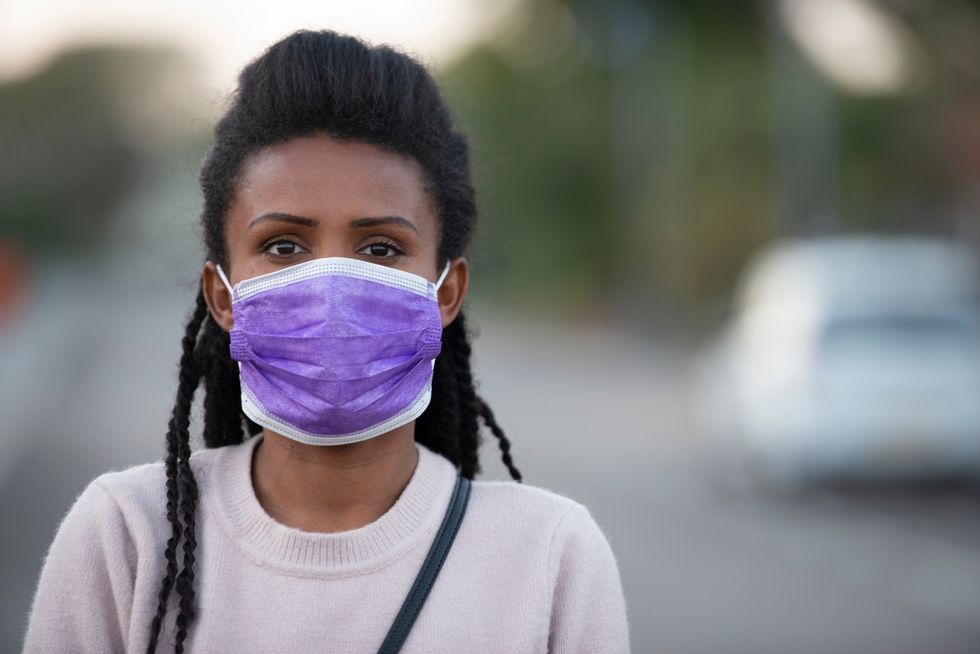 Racial Status and The Pandemic: A Combustible Mixture

Racial Status and The Pandemic: A Combustible Mixture

Could public health messages targeting African Americans have helped millions like her better prepare for the disease’s onslaught.

In early March, Madalynn Rucker, then 69, agonized over whether to close her Sacramento consultancy office. On the 16th, she finally succumbed to a barrage of texts and calls from her daughter about the heightened risk of the coronavirus, and told her employees to begin working from home. That was three days before California Gov. Gavin Newsom's statewide stay-at-home order.

Her daughter was right in more ways than one. While Rucker's age alone raised her potential danger of being hospitalized or dying of COVID-19, she and many of her employees share another risk factor: They are black. Rucker wonders if more public health messages targeting African Americans could have helped millions like her better prepare for the disease's onslaught.

Officials and commentators said little about race early in the pandemic, recalled Rucker, now 70 and the executive director of OnTrack, a diversity consulting firm. "Could this have made a difference in some way? Not just in educating ourselves, but in how the pandemic was controlled and managed?"

By late February, doctors in China had published that, in addition to older patients, those with chronic health conditions, particularly hypertension and diabetes, were more likely to have severe cases of COVID-19 that ended in ICU admission, mechanical ventilation or death.

It wouldn't have been difficult, some community leaders say, for officials to make an explicit connection between the coronavirus risk factors and African Americans and Latinos, who are more likely to have chronic diseases, and at younger ages ― and then craft tailored, respectful messages for them.

"The messaging I got from the news was, is that if you're young, you're good, and if you're old, you've got to stay home," said Eddie Anderson, the 30-year-old pastor of McCarty Memorial Christian Church, an African American congregation in South Los Angeles.

When Anderson became ill with what turned out to be another viral infection in early March, he was alarmed by the lack of information about how to get tested for COVID-19. The experience motivated him to bring a physician friend to church the next week to explain the disease to his flock.

"I think targeted messaging to the African American community would have been helpful," he said.

But public health and infectious disease experts say the novelty of the virus, whose targets and mode of attack continue to confound scientists, meant that specific racial disparities weren't a foregone conclusion.

"I don't know that it's fair to say that it would have been something that could be 100% predicted," said California Surgeon General Nadine Burke Harris. She called the novel coronavirus "a little bit of a head-scratcher." For example, it doesn't appear to affect children under age 2 or pregnant women the same way similar viruses would, she noted.

"Sometimes when you predict too strongly, it can have the effect of assuming that's going to be the outcome, and it can come across pejoratively," Burke Harris said.

But the disease has disproportionately hurt blacks. In California, 10% of COVID-19 deaths occurred among African Americans, who make up 6% of the state population. A national Centers for Disease Control and Prevention survey showed that 33% of hospitalized COVID patients were non-Hispanic blacks, though that group represented only 18% of residents in the surveyed communities.

Officials are finding it's still difficult to talk about race and COVID-19. Fear of stigmatization remains high, said Burke Harris, who said she walks a fine line by letting certain groups know about the heightened risks without casting blame on them.

"One of the things I've been dealing with a lot in having conversations with black media and black health researchers, right, is this notion of, well, wait a minute, as this data is coming out, how are we not blaming black and brown communities?" said Burke Harris, who is black. "It's like, ‘Oh, are you saying we're sicker?'"

Despite states' orders to stay at home, entire sectors of "essential" jobs have disproportionately high rates of minority employees, which increases their exposure risk. These workers don't benefit as much from social distancing, Angell said.

The absence of coordinated, official public messaging in February and early March about the potential racial disparity of COVID-19's impact created a vacuum into which conspiracy theories rushed.

Initially came rumors that black people were somehow resistant to the coronavirus. At the same time, black media outlets like The Philadelphia Tribune (Feb. 4), Essence (March 2), the St. Louis American (March 11) and The Undefeated (March 13) made the connection between the virus and America's preexisting health inequalities, publishing forward-thinking pieces about the virus' potential threat to black Americans because of chronic medical conditions, working and commuting conditions, and a historical lack of access to health care and insurance due to institutionalized racism.

Public health messages targeting specific populations should be voiced by trusted community leaders, or at least someone of the same race, on media platforms where they're most likely to be seen or heard, said Dr. Oliver Brooks, president of the National Medical Association, which represents black physicians.

A week after announcing the statewide shelter order, Newsom tweeted a public service announcement from Snoop Dogg, who said, "The longer you stay outside, the longer we're going to be inside."

Other targeted messages include Spanish-language public service announcements featuring Burke Harris and LA Galaxy soccer player Javier "Chicharito" Hernández. Those have run on Univision; Radio Bilingüe, a Spanish-language public radio network; and other Spanish-language stations, as well as Instagram and Facebook. In Hernández's clip, he encourages listeners in Spanish to seek medical attention if they have COVID-19 symptoms, no matter what their immigration status is.

Targeted messaging can sometimes offend or insult, even with the best of intentions, said Daniel Schober, assistant professor of public health and behavioral psychology at DePaul University in Chicago.

The city of Chicago offended some with a 2015 flu shot campaign that featured a black baby on a billboard next to the words, "I am an outbreak." It inspired graffiti artists to weigh in with their own message: "I am beautiful."

"That's a great example of a message that isn't necessarily tailored toward specific racial or ethnic groups, but is really meant to be universal in its reach," Schober said.