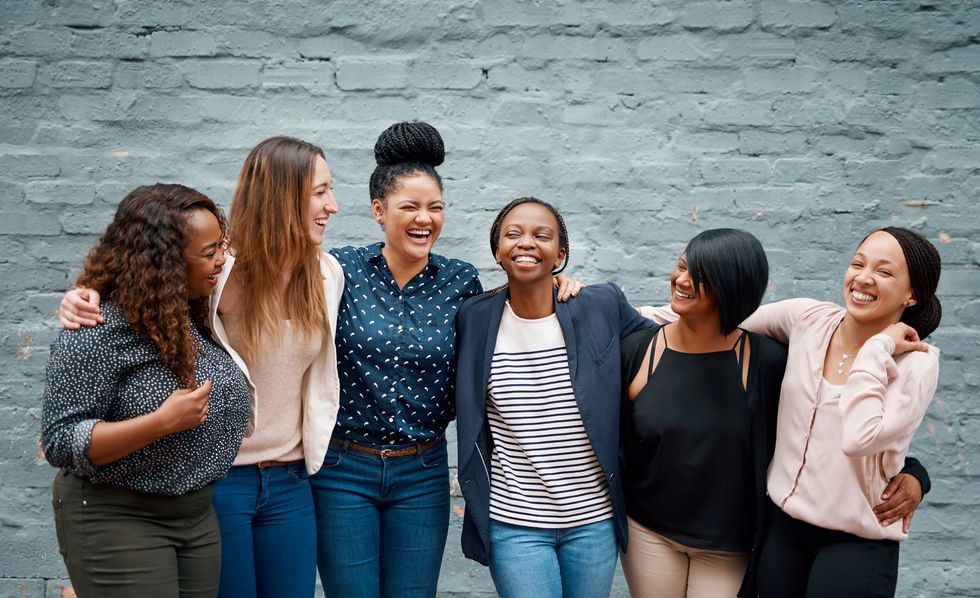 Putting a Stop to the Stigma Around Menstruation

Girls and women are pushing back against period shame, and Generation Z is leading the charge.

Menstruation is a biological function as routine as sleeping or breathing, with more than 800 million girls and women experiencing it on any particular day. Yet, in a recent study, 62% of women and 59% of men described it as "embarrassing to talk about," and only 60% (of both men and women) find it acceptable for women to mention that they're having their period.

Despite its presence for close to 40 years of a woman's life, menstruation is often shrouded in secrecy, shame and stigma. Throughout history, women on their periods have been prohibited from full participation in public life — a practice that still defines many women's experiences today — due to poverty, which prevents them from purchasing menstrual products, or cultural norms that ban them from public places or even their homes.

In recent years, however, women and a growing number of men have challenged that narrative, insisting that menstruation be treated as the normal physiological function it is. Much of that leadership comes from Generation Z and women of color.

National Period Day was the brainchild of 22-year-old Nadya Okamoto. She created the organization, PERIOD, in 2014 to distribute pads, tampons and other menstrual hygiene products to people in need and to advocate for legal and social change surrounding periods.

"Society has taught us to have shame around this, but Generation Z is pushing back," said Anusha Singh, a 21-year-old junior at Ohio State University and president of her school's PERIOD chapter. "We see this as a gender equality issue."

Rashmi Kudesia, M.D., a Houston-based fertility specialist and member of HealthyWomen's Women's Health Advisory Council, notes that the American College of Obstetricians and Gynecologists and the American Academy of Pediatrics consider the menstrual cycle as a vital sign for girls and women that can provide insight into other physiological concerns.

Abnormally heavy bleeding or consistent and severe cramps are often dismissed as "just part of life," but they could be indications of endometriosis or fibroid development. Missed or irregular periods can also signal underlying issues.

"Some people have never received science-based education about their menstrual cycles," Kudesia said. "There's a taboo in our society regarding discussion of reproductive health, but we need more conversation about these topics. The menstrual cycle is a critical biological function and nothing to be ashamed about."

Singh remembers how boys and girls were placed in different classes for health and sexual education lessons when she was in fifth grade in Ohio, and the teacher suggested that girls hide their sanitary products. She also spent some of her middle school and high school years in India and saw female friends miss family trips to cultural sites because they were menstruating. When she returned to Ohio to finish high school, she saw classmates going to the nurse's office for pads.

"People typically go to the nurse's office when they're sick," she said. "This just perpetuates the idea that menstruation is an illness rather than something normal."

Shortly after Singh started college, she viewed Okamoto's TEDx talk about her work with PERIOD and was inspired to start a chapter at Ohio State. She said the group's efforts have led to the university placing menstrual products in 150 campus buildings, and she's testified in front of her state legislature about ending the so-called "tampon tax." Singh also works as a campaign lead for the national organization.

Cece Jones-Davis, 40, came to period activism in 2014, after reading an article about young women in Zimbabwe missing school and work because they couldn't afford menstrual products. Jones-Davis, who describes herself as a singer, speaker and advocate working at the intersection of faith and social justice, launched the Women and Girls Working Group. They are working to build women-only toilets in the developing world to help women address their menstrual needs safely. The group has also hosted "pad parties" to collect sanitary items for homeless and domestic violence shelters.

Jones-Davis has witnessed the socioeconomic impact of period stigma firsthand. During her visits to high schools in the United States, she's encountered students bleeding through their clothes who told her they couldn't afford menstrual products or who used rolled up toilet paper to manage their menstrual flow.

Changing the legacy of shame

Even with the nature of her work, Jones-Davis admits she and many of her Generation X counterparts continue to grapple with their learned stigma about menstruation. "I'm still not over it," she said. "I only do these things because I feel compelled to do it and help others. I have to press past my own shame and stigma."

She said there's an extra layer involved for African American women, including the roots of gynecology stemming from experimentation on female slaves and a history of black women's reproductive issues being pathologized or dismissed. Religion also can play a role: When she organized a pad drive at a church during a Mother's Day event, for example, leaders declined to mention the donation effort when they read the announcement to the congregation.

"Those frameworks have kept us quiet about reproductive health," Jones-Davis said. "For many older black women, menstruation can be seen as an inconvenience when you're trying to present yourself in a society that doesn't see you as fully human. Everything about our appearance — from hair to clothes — was told to be 'tidy and respectable.' Openly discussing menstruation goes against that."

But Jones-Davis still presses forward, and her work has captured the attention of Tampax Radiant, which appointed her as a product ambassador. She gets the most positive response from male and female college students who display little hesitancy to talk about periods.

Kudesia, the Houston fertility specialist, is happy to see that change.

"Women's health issues should be treated with the respect they deserve," Kudesia said. "Girls and women from a young age should understand their bodies, and that includes their periods."

Myovant Sciences and HealthyWomen have come together to partner with women to tell their stories about periods. It is time to elevate the conversation around women's health and overcome the stigma around talking about menstruation. Selected storytellers will attend a workshop facilitated by The Moth, a nonprofit organization dedicated to building empathy in the world through the art and craft of true, personal storytelling. Join us in creating change by sharing your story.