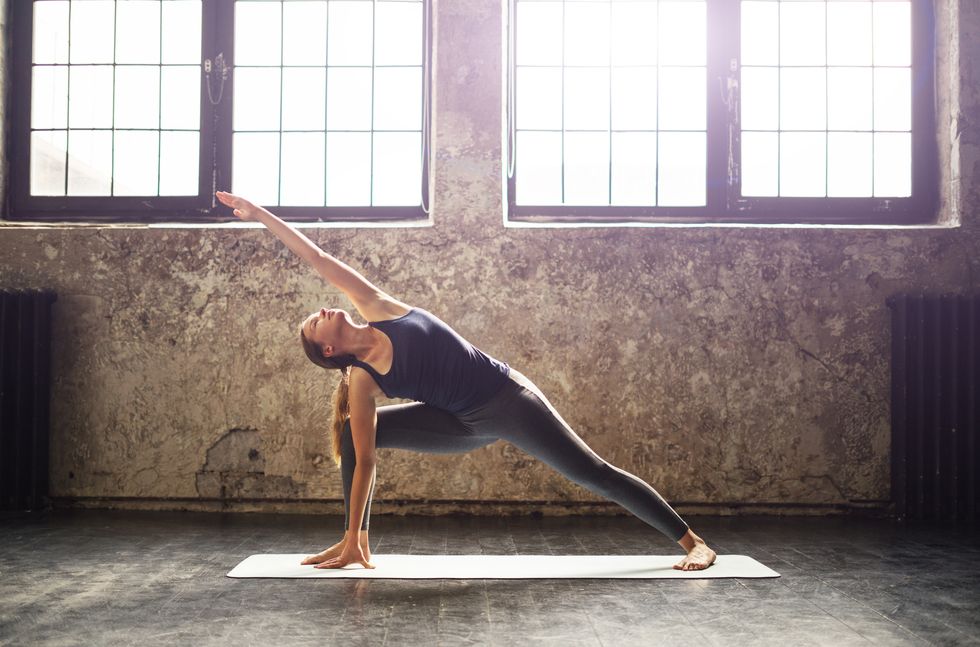 People With THIS Should Practice Yoga

The calming poses and meditation of yoga may be just what the doctor ordered when it comes to beating depression, new research suggests.

THURSDAY, March 9, 2017 (HealthDay News)—The calming poses and meditation of yoga may be just what the doctor ordered when it comes to beating depression, new research suggests.

Researchers found that weekly sessions of yoga and deep breathing exercises helped ease symptoms of the common condition. They believe the practice may be an alternative or complementary therapy for tough-to-treat cases of depression.

The intervention seemed helpful for "people who are not on antidepressants and in those who have been on a stable dose of antidepressants [but] have not achieved a resolution of their symptoms," study lead author Dr. Chris Streeter said in a news release from Boston Medical Center. He's a psychiatrist at the hospital and an associate professor of psychiatry and neurology at Boston University.

Major depression is common and often persistent and disabling, Streeters' team noted. Up to 40 percent of people taking medication for this form of depression won't see their depression go away, according to the researchers.

However, prior studies have shown that the ancient practice of yoga may be of help.

"The mechanism of action is similar to other exercise techniques that activate the release of 'feel good' brain chemicals," explained Dr. Alan Manevitz, a clinical psychiatrist at Lenox Hill Hospital in New York City, who reviewed the new findings.

He added that exercise, especially yoga, may also "reduce immune system chemicals that can worsen depression."

"It has been demonstrated that 'mindful' movement—conscious awareness—has a much more beneficial impact on the central nervous system," he said.

But would this bear out in a rigorous study? To find out, Streeter's team tracked outcomes for 30 people with major depressive disorder. All were randomly assigned to partake in either a "high-dose" or "low-dose" yoga intervention. The high-dose group had three 90-minute yoga classes each week along with home practice, while the low-dose group engaged in two 90-minute yoga sessions each week in addition to home practice.

The participants practiced Ilyengar yoga, a method that focuses on detail, precision and alignment in posture and breath control.

The study found that both groups had significant reductions in their depression symptoms. Those who took three weekly yoga classes had fewer depressive symptoms than those in the "low-dose" group, but Streeter's team said even two classes a week was still very effective in improving people's mood.

Streeter noted that this intervention targets a different neurochemical pathway in the body than mood-altering medications, suggesting that yoga may provide a new, side effect-free avenue for treatment.

For his part, Manevitz called the study "practical and well-designed." He believes the findings support yoga as a treatment "that can help the millions of people suffering from major depressive disorders around the world."

Dr. Victor Fornari is a psychiatrist at Zucker Hillside Hospital in Glen Oaks, N.Y. He agreed that the new study "supports the use of yoga for the treatment of depression... Yoga, like regular exercise, is good for most people for health maintenance as well as to treat what ails them."

The study was published March 3 in the Journal of Alternative and Complementary Medicine.