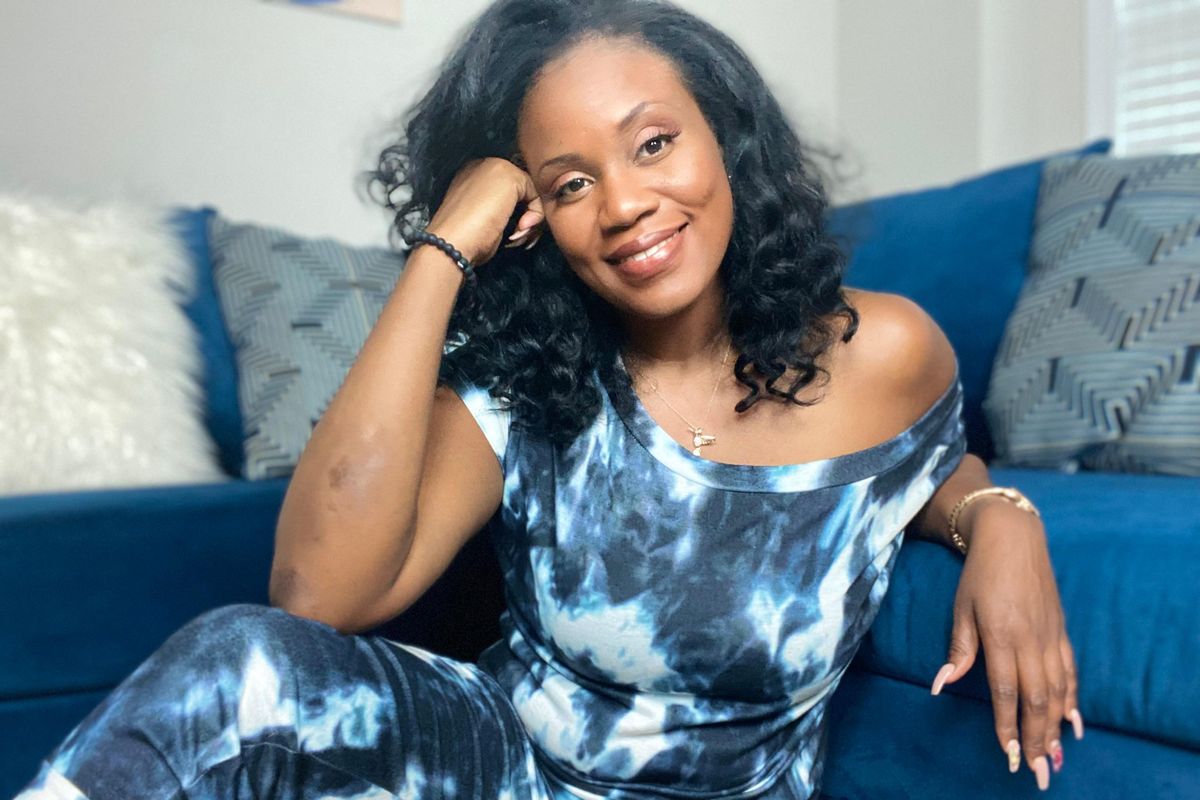 After struggling for years with unpredictable health problems, I now have agency over my body

As told to Alex Fulton

"Upheaval" doesn't begin to describe the state of my life in 2014. I was a newly single mother of two living in a busy city, so perhaps I shouldn't have been surprised when all the stress of going through a divorce and moving started to show up on my skin.

I'd struggled with occasional rashes — along with perpetually inflamed joints and other chronic health issues — ever since I was a teenager, but this was different. It started with small patches of rash on my forearms, and then it began to spread. Within a few weeks I had patches on my neck, back, legs … just about everywhere.

My mental health took a hit as I struggled with the emotional and social aspects of a skin condition I couldn't hide. Having an oozing rash all over your arms isn't exactly pleasing to the eye, and I was super self-conscious. I felt like I had to explain my appearance to strangers to make them more comfortable. I was already anxious about all the big life changes I was going through, and now my skin looked worse than ever. It was so, so hard.

When it became obvious the problem wasn't going to resolve on its own, I made an appointment with my primary healthcare provider (HCP). He diagnosed me with eczema, prescribed a low-level steroid cream and sent me to an allergy clinic. The allergist didn't find anything conclusive, so I was referred to an investigative dermatologist, a specialist who looked at my complete medical history.

After a long process that involved a biopsy and a referral to a rheumatologist for joint pain, I finally received the right diagnosis. I had psoriasis, a chronic skin disorder characterized by red, scaly patches.

This diagnosis explained not just the rashes on my skin but the joint pain I'd struggled with for much of my life; psoriasis is linked to inflammation throughout the body, and skin problems can be accompanied by psoriatic arthritis, which causes joint stiffness, swelling and pain.

The dermatologist prescribed a stronger steroid cream than the one I'd been using and explained that I may want to try a certain type of birth control pill to regulate my hormones since my psoriasis always seemed to get worse at certain times during my menstrual cycle. I was advised that if that didn't help, the next option was to explore the use of biologics. But I didn't want to take hormones or anything else. I felt like the best thing I could do was start from zero and see what happened.

Now that I finally had a diagnosis, I began to do my own research. As much as I appreciated the way HCPs had helped me treat my symptoms through the years, I wanted to get to the root cause of my psoriasis. I started to see the connection between stress — now and in the past — and the condition of my skin and joints.

I began to realize that all the seemingly random occurrences of skin problems and joint pain I'd experienced were linked to difficult periods during my life. I started to see the bigger picture. A pattern began to emerge.

As I dug deeper into my health history, my relationship with my HCP began to shift. We formed a partnership, working together to figure out the best treatment plan for my unique needs. I no longer felt like I was at the mercy of my psoriasis. It was empowering to feel a sense of agency over my body after so many years of unpredictable and uncontrollable health problems.

I also started seeing a therapist because I wanted to make sure I was dealing with my worry and past trauma instead of suppressing it. I made other lifestyle changes, too. A big one was cutting sugar out of my diet almost entirely, which has not only improved my psoriasis but helped me feel healthier overall.

Believe it or not, I actually find myself feeling grateful for my psoriasis these days. A lot of people handle challenges by managing them without actually facing them. They're surviving, but they're not really thriving. Once I understood how unresolved trauma from my past could be making my psoriasis worse, I had no choice but to reckon with those past experiences and come to terms with them.

My psoriasis has also forced me to be diligent about self-care. Now when my symptoms flare, I know it's because I haven't rested or I'm on edge — so I step back. I rest. I nourish myself, physically and emotionally. As a single mom of two boys, I need all the energy I can muster! And I'm very conscious of how important it is that I take care of myself, so I can take care of them.

Becoming a balanced, thriving human being with psoriasis is a journey, one that I'm still on. For those of you out there who are just starting your journey, I urge you to find an HCP who will listen and help you understand what's causing your psoriasis instead of just treating symptoms. If you and your provider are able to zoom out and look at all the pieces of your health puzzle, you'll have a better chance of figuring out a treatment plan that works like the missing piece.