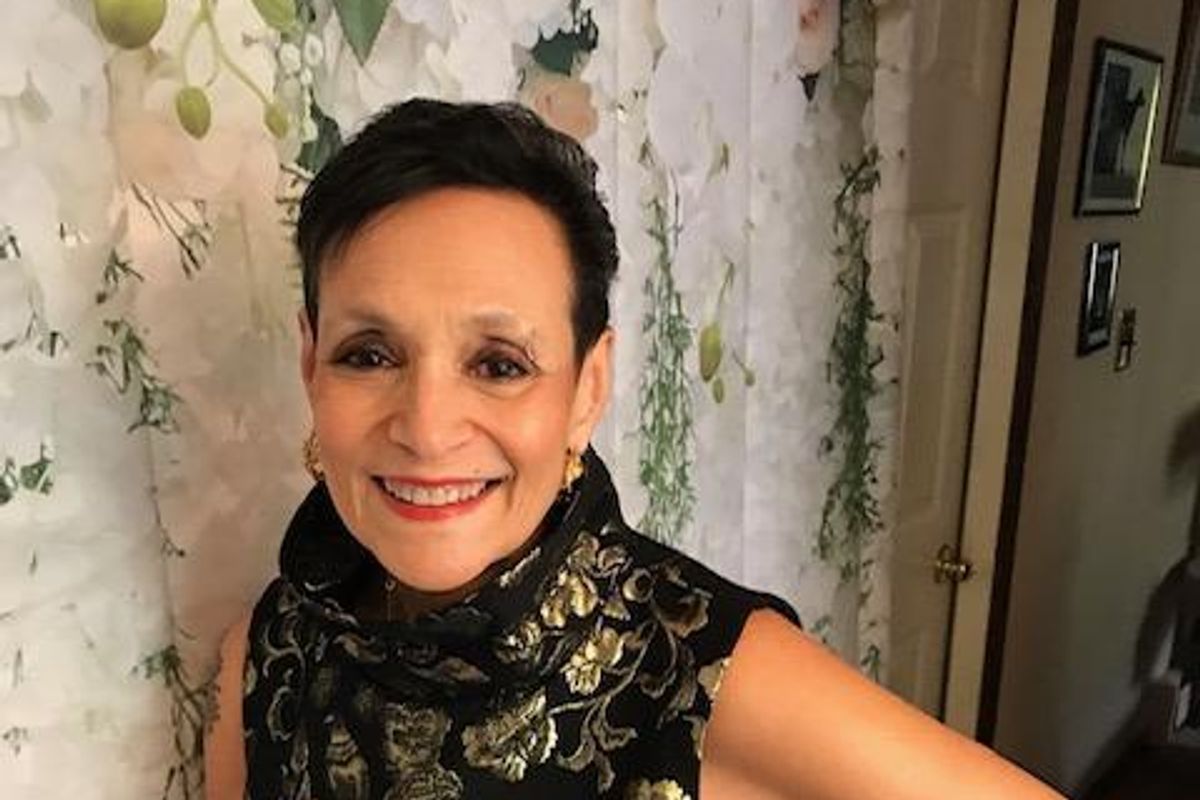 As told to Jackie Froeber

In 2001, I was in the checkout aisle at the grocery store when I saw a magazine cover touting Carnie Wilson's gastric bypass surgery. By the time I was through with the article, I felt something I hadn't felt in a long time: hope that I could lose weight.

I've had obesity all my life. Growing up, mom was fat, my sister was fat, and I was fat.* Although mom was a nurse, we didn't talk about nutrition or exercise. Every meal was served with potatoes, rice and Wonder Bread, and I never did any physical activity, including learning how to ride a bike. I actually still don't know how to ride a bike!

I don't blame my parents for our diet. Back in the '60s the perception was that the more food you had on your table, the better off your family was. But the size of my body made me feel undeserving of the most basic things. Like most young women, I wanted cute clothes. I was desperate to shop at a regular store for a pair of jeans that didn't cut into my skin. From my teens well into my 30s I tried to lose weight through a long list of diet pills, restrictive meal plans and exercise fads — but nothing worked.

The social anxiety that comes with having obesity can be crippling. I was in constant fear of being gawked at on the street or for being the biggest person in the room. I was always hopeful that a new diet would work and silence the anxiety and then crushed when nothing changed.

The cycle of disappointment and failure seemed endless until I read Wilson's story. Gastric bypass was still new in 2001, but I gathered all the information I could from books and magazines and chat rooms (this was before Google was popular), and I was certain that surgery was my only option to lose weight.

Ironically, when I went to the first doctor to discuss the procedure, he told me I wasn't heavy enough. At 260 pounds, he was adamant that I try harder: a stricter diet and more exercise would solve everything. (I went on to tear my meniscus and was not able to exercise at all.) I was livid leaving his office. I wasn't trying? My entire life revolved around losing weight. But this wasn't the first time a doctor associated my weight with being lazy. I knew I just had to try harder to find a doctor who would listen to me.

In April 2001, after my 40th birthday, I got my wish and found a doctor who would perform the surgery. He too was not 100% sold on it: I didn't have any obesity-related illnesses outside of asthma. But I was uncomfortable, and he understood the toll obesity takes physically and mentally.

The morning of the surgery, I was excited but nervous. Although my husband and my two kids were by my side and have always been supportive, we knew the surgery had significant risks. But I had to adopt the mindset that whatever happens, happens. This was too important not to try.

The surgery was a success, and two days later, I went home with a stomach "pouch" the size of a golf ball. I was on a liquid diet and lost 15 pounds in the first week. Before the surgery, I read horror stories about procedures that left the stomach too small or people who were so sick they couldn't get out of bed, but I felt great.

I began eating smaller portions, eating salad and vegetables when possible and cutting way back on dense foods like steak that are harder to digest. I quickly lost more weight, and after a year, I was down to 155 pounds. Around that time, I went to the mall to try on a pair of jeans. As I buttoned a size 12 no problem, I was overcome with emotion. I had reached my goal. It sounds so simple — a cute pair of jeans — but I finally started to feel more comfortable in my body.

Over the next 10 years, my weight stayed relatively the same, and I continued my routine of smaller portions and light exercise. After I turned 50, though, I noticed that my favorite jeans were getting tight around the stomach. A few weeks later, I couldn't button them at all. An all-too-familiar sense of dread and anxiety took over: My diet and exercise routine were the same. What was I doing wrong?

I gained 10 pounds before my doctor put me on a liquid diet for breakfast, but that didn't work. Since I was only gaining weight around my stomach, I did some research (this time using Google) and was sure that menopause and the change in hormones were to blame. My doctor listened and agreed. Since I was already on a diet, we decided to try an injectable medication to help increase my body's production of insulin — the hormone that regulates blood sugar — and reduce body fat.

After about a year on the medication, I got down to 150 pounds, which is what I weigh today. I'm 66 years old, and my routine hasn't changed much: I give myself a shot and eat small portions throughout the day. I've also been focusing on strengthening and shaping my body through exercise DVDs.

Looking back, I want to tell my presurgery self, "Obesity is a disease and you are not a failure. Eating cabbage soup for a month will not help you."

For any woman struggling with obesity, I know what it's like to have others doubt your effort and your integrity. My advice: Have the "self-talk" and invest in loving yourself first. Then, find a great healthcare practitioner to help you achieve your goals — whatever they may be. A healthy body and mind are a lifelong commitment.

* Our Real Women, Real Stories are the stories of real people, told in their genuine voices. HealthyWomen respects the word choices people use to self-describe, and we do not want to minimize their experiences by editing these choices. To further our mission of reducing the stigma surrounding obesity and educating people that obesity is a disease, we use language such as "overweight" or "a person with obesity."

This resource was created with support from Novo Nordisk.