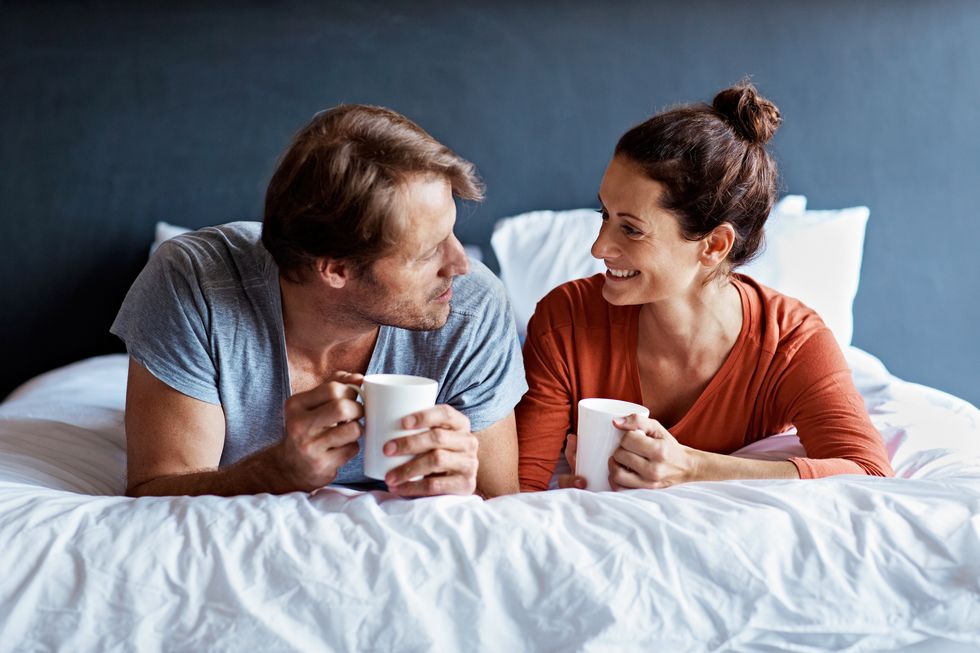 Could Separate Beds Improve Your Marriage?

Married couples may be reluctant to admit they can't sleep well together.

You may do it from time to time.

Or, maybe you're doing it all the time.

Many married couples are sleeping in separate beds.

It may be your partner's snoring or schedule that interferes with your good night's rest. Perhaps your partner turns in early, and you are a night owl. Or you toss and turn all night and steal all the blankets. Or maybe you like the bedroom cool and your partner likes it hot.

There are so many reasons for not being compatible in the bedroom—and those are reasons that don't have anything to do with sex.

The repercussions of sleepless nights could cost some people their marriage or at the very least, lower the quality of their lives.

The fact is that lots of serious problems arise when you're not sleeping well.

Chronic short- and long-term sleep deprivation leads to all sorts of serious physical and mental health problems, such as:

And marriages can be affected by discord in the bedroom.

A snoring bedmate can bring out the worst in their partner—things like kicking, pinching, pushing or thinking about smothering their head with a pillow might be likely. The next day, the poor, sleep-deprived mate is angry, resentful and moody. Never mind that the snoring could be due to a real physical disorder, like sleep apnea, it's hard to feel sympathetic when you're too busy feeling lousy. (But do urge your partner to get a sleep study should you suspect a problem, because untreated, sleep apnea and other disorders can lead to major health issues.)

Some couples are open and unashamed to admit that they are sleeping in separate bedrooms. Others may be embarrassed to admit it or fear it will reflect poorly on perceptions of their relationship, and they keep it a well-guarded secret.

But according to the National Sleep Foundation's 2015 survey, nearly one in four couples sleep either in separate bedrooms or in separate beds. An article in the Daily Mail cites a couple who, after deciding to sleep in separate rooms, not only awoke much happier, but saw an improvement in their sex life.

What if you can't have separate bedrooms, either because of lack of space or one partner disagrees with that arrangement? Here are some suggestions for improving your sleep, even if a bedmate (unknowingly or unwittingly) sets out to spoil it:

Is Menopause Playing Havoc With Your Sleep?