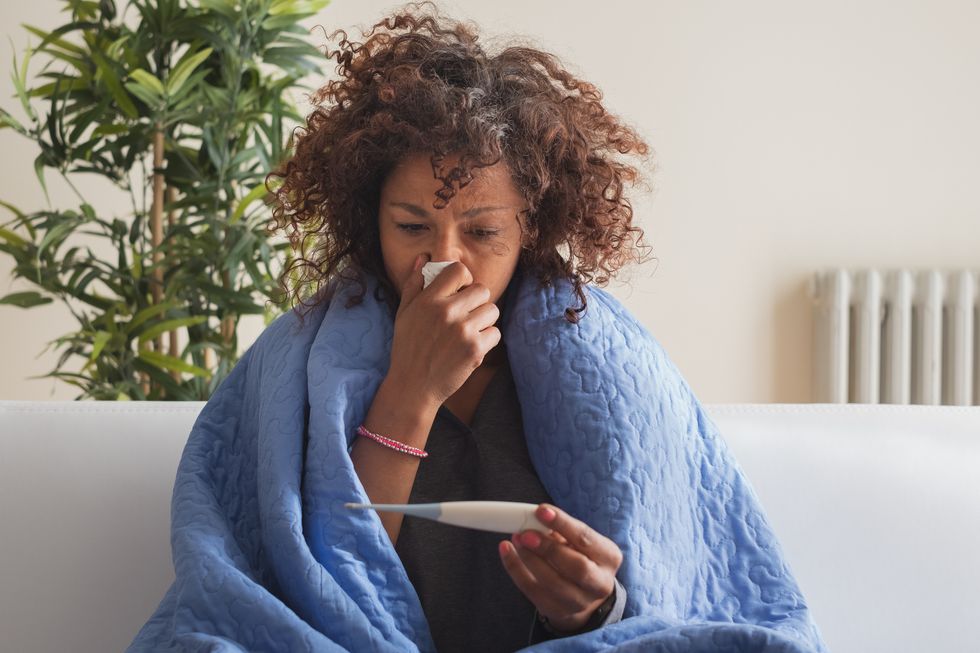 Folks fretting about the coronavirus are forgetting that the flu is already running rampant in the United States, one that's killed nearly 20 times as many people in this country alone.

FRIDAY, Feb. 7, 2020 (HealthDay News) -- Folks fretting about the coronavirus are forgetting there's another virus already running rampant in the United States, one that's killed nearly 20 times as many people in this country alone.

READ: What to Do At the First Sign of the Flu

Influenza has already taken the lives of 10,000 Americans this season, according to the U.S. Centers for Disease Control and Prevention. At least 19 million have caught the flu, and an estimated 180,000 became so ill they landed in the hospital.

"Influenza is easier to pick up and there are far, far more cases," said Dr. Alan Taege, an infectious disease physician at the Cleveland Clinic. "It's already much larger than coronavirus has been so far in the whole world, in our own country alone."

It's easy to forget the clear and present danger posed by influenza because it's always there, sickening millions and killing thousands every year during flu season, said Dr. Bernard Camins, medical director for infection prevention at the Mount Sinai Health System in New York City.

And it's even worse when a new type of flu virus emerges, mutated into a form against which humans have limited immunity, Camins added.

That's why there's a new flu vaccine every year. Influenza is constantly mutating in a Darwinian attempt to become more infectious, and public health officials have to scramble to stay one step ahead.

On the other hand, there are a multitude of different coronaviruses but less than a handful have proven deadly, Taege noted.

"Coronavirus comes in many, many different forms, and most of them are similar to just a cold virus," Taege said. "This will be the third known episode of a coronavirus that had a significant impact on health beyond just a cold," the first two being SARS and MERS.

Coronavirus also appears to be much less infectious than flu, based on what is known at this point. Of the 12 cases in America, only two people caught the virus from another person inside the United States, and in both of those cases the person was infected by a spouse with whom they had constant contact.

By comparison, flu viruses travel through the air in droplets when an infected person coughs, sneezes, talks or even breathes. You can catch the flu by inhaling it in the air or by touching a surface upon which the virus has landed and then touching your eyes, nose and mouth.

It's too early to say how deadly coronavirus will prove, given the inconsistent data coming out of China, Taege said.

"Influenza is a killer. Coronavirus can be, too," Taege said. "We don't have enough data yet to make across-the-board comparisons."

In the meantime, Americans can protect themselves from the health threat already at their doorstep by getting the flu vaccine if they haven't already, Camins and Taege said.

"The vaccine is still available, and it's not too late to get it," Camins said. "As we learned from last year, in some regions in the country the flu season didn't end until the first week in May."

Here's how you can also protect yourself from the flu: