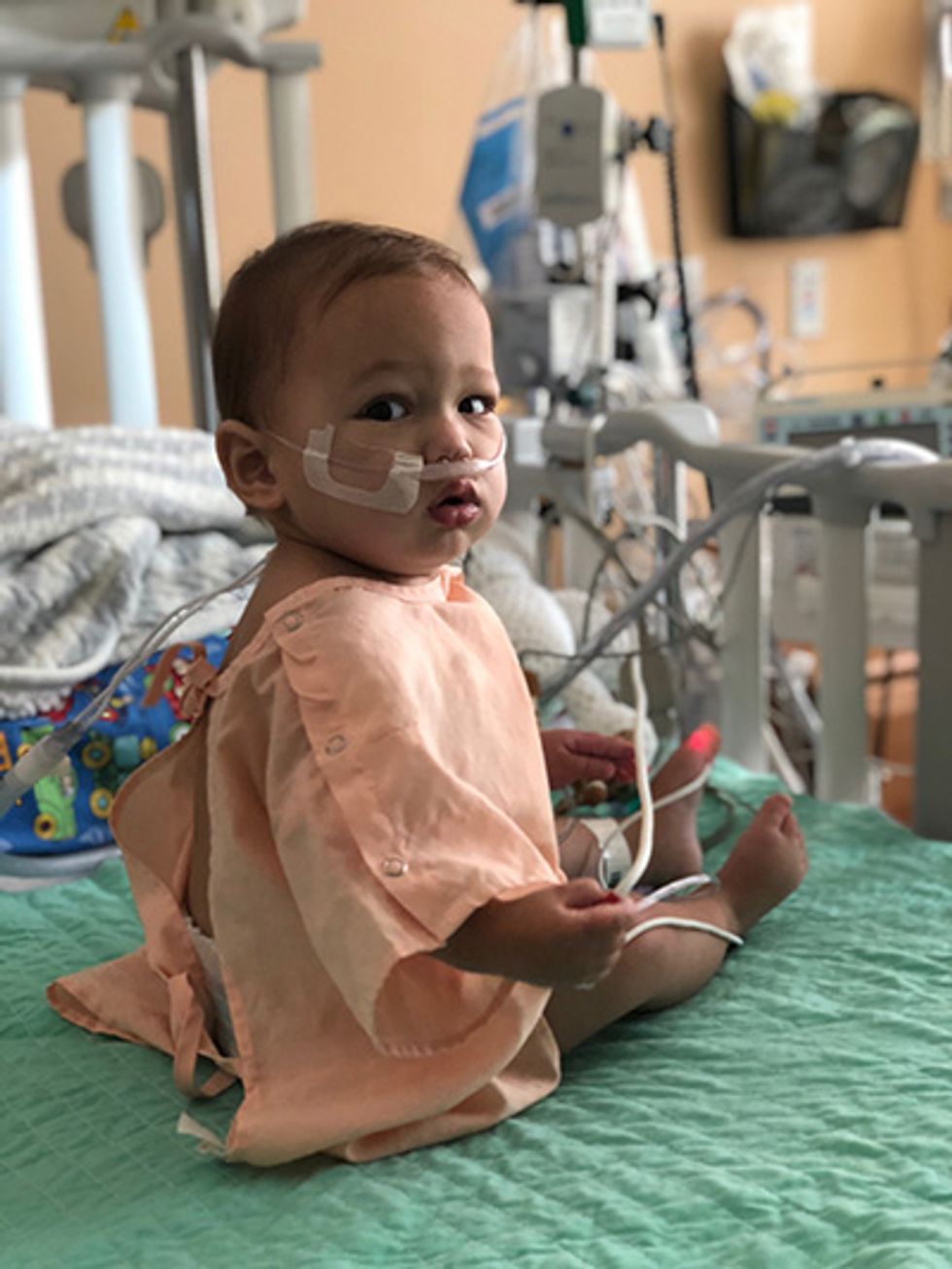 RSV: It Can Happen to You

Respiratory syncytial virus, or RSV, affects most kids under age 2 and may be no more serious than a cold. But for some babies, especially premature ones, it can be deadly.

You likely know Vanessa Lachey as host of Top Chef Jr. and past Dancing with the Stars contestant. This actress and TV personality is also a mom of three who dealt with a serious virus that threatened her son's life: respiratory syncytial virus, or RSV.

RSV is a common seasonal virus that leads to a mild respiratory infection with symptoms similar to a common cold or flu. For some babies, especially premature ones, it can be deadly. In fact, it's the leading cause of infant hospitalizations in the United States. And nearly all children will catch RSV by the time they're two years old.

Lachey experienced the impact of the virus first-hand. Her preemie son, Phoenix, was diagnosed with RSV. (If your baby was born at 35 weeks or less, he may be at high risk for severe RSV.) An initial misdiagnosis put his health in jeopardy.

The Lacheys were in Ohio for a family birthday party when Vanessa took Phoenix to a doctor to get him checked out for flu-like symptoms. She asked the doctor if her son had RSV. The doctor examined his chest and lungs with a stethoscope. He said no, he didn't have RSV. "So I took the doctor's word for it," she said, not knowing about the nasal swab, an accurate way to test for RSV.

The family then flew overseas, and Phoenix's health worsened. He had bluish lips and fingernails, rapid wheezing and was struggling to breathe. "My mommy radars went off," she said. "I knew this wasn't a regular cold or flu." She took him to a doctor abroad and learned that his oxygen levels were low. But the facility didn't have the equipment to care for him.

Scared, the Lacheys headed back to the U.S. Once at a hospital in Florida, he was diagnosed with RSV. "High-risk babies have a more intense reaction," says Lachey. "Their little lungs aren't developed and their immune system can't fight it off like a full-term baby."

Phoenix spent six days in the neonatal intensive care unit to get his oxygen levels back up. "I kept questioning and beating myself up for it," says Lachey. "But (my husband) Nick and I were hyper aware to get him the care he needed. It's about going with your mommy gut."

She then had her other two kids, Brooklyn and Camden, get the swab test for RSV. Her daughter Brooklyn tested positive for RSV. "She was able to fight it off because she had a stronger immune system," says Lachey.

When Phoenix was released, the Lacheys spent a few weeks in Florida. Air pressure on a plane isn't good when you're healing from RSV, she said. Once home in California, she isolated Phoenix to help him continue to heal.

She's now on a mission to educate people on this condition that's often brushed off as a cold or flu. She wants parents of high-risk babies to talk to their pediatrician about RSV.

"All of this could have been prevented. Educate yourself to help prevent it," says Lachey. "I'm bummed no one told me about it. The coughing, the wheezing, the bluish color, the lethargy weren't good signs. RSV is a serious infection, and it's something I hope more people talk about."

Usually symptoms appear four to six days after you're exposed to the virus. Adults and older kids typically get mild cold-like signs and symptoms like dry cough, congested or runny nose, sore throat, low-grade fever and mild headache. In severe cases, you may have fever, difficulty or rapid breathing, or wheezing.

Infants are affected by RSV most severely. They may have a cough that doesn't stop; poor feeding; short, rapid and shallow breathing; lethargy; irritability; and bluish skin color particularly in the nail beds and on the lips. You may notice that he's struggling to breathe, where his chest muscles and skin pull inward when he breathes.

RSV is present year-round. But it usually runs from fall into spring. It can change from year to year and may begin earlier or last longer in certain areas.

Diagnosis
Your health care professional can usually diagnosis RSV based on a physical exam and a swab test. Blood tests and X-rays will help diagnose RSV complications and rule out other conditions that cause similar symptoms.

Recovery
Most kids and adults recover in one to two weeks. (But they can continue to spread the virus for one to three weeks, even after they've recovered.) Treatment includes acetaminophen to reduce fever and nasal saline drops and suction to help clear stuffy noses. If you have a bacterial complication like bacterial pneumonia, you may get antibiotics. Drinking plenty of fluids will help prevent dehydration.

Severe cases may require a hospital stay. Oxygen, IV fluids and other care may be needed.

Prevention
There is no cure for RSV, but you can take measures to prevent it. RSV is spread just as easily as the flu. To help protect your baby, wash your hands before touching her and ask others to do the same. Wash her bedding, clothing and toys often. Keep your baby away from crowds, young kids and people with colds. Don't let smoke in your home or near your munchkin.

"Yes, this all adds to the mommy and daddy plate," says Lachey. "But it's something you should be doing every single day."