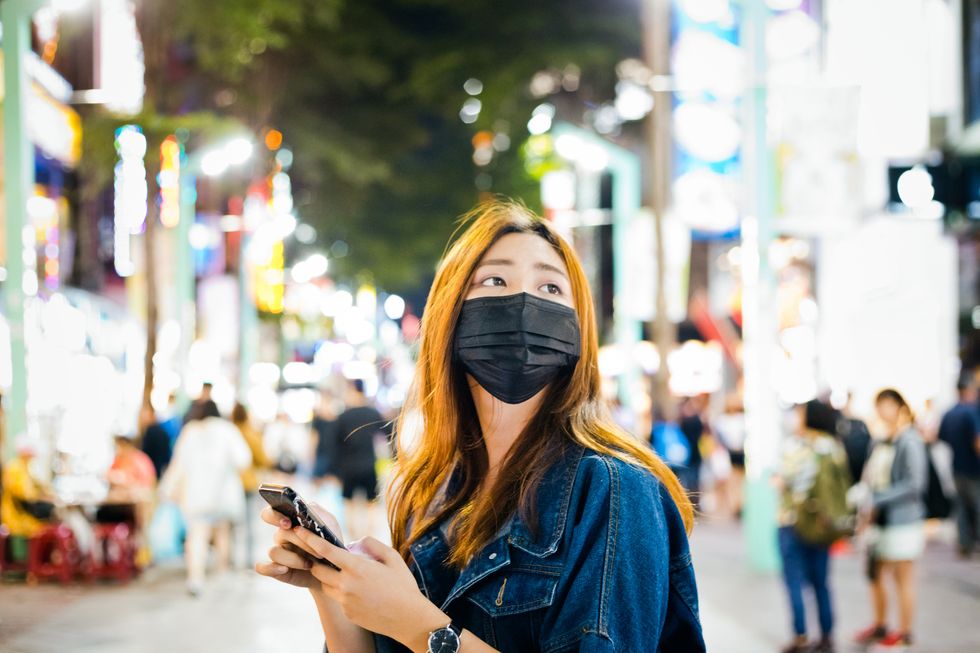 How worrisome is the coronavirus from China? This virus is the one Americans should worry about more.

There's a deadly virus spreading from state to state. It preys on the most vulnerable, striking the sick and the old without mercy. In just the past few months, it has claimed the lives of at least 39 children.

The virus is influenza, and it poses a far greater threat to Americans than the coronavirus from China that has made headlines around the world.

"When we think about the relative danger of this new coronavirus and influenza, there's just no comparison," said Dr. William Schaffner, a professor of preventive medicine and health policy at Vanderbilt University Medical Center. "Coronavirus will be a blip on the horizon in comparison. The risk is trivial."

To be sure, the coronavirus outbreak, which originated last month in the Chinese city of Wuhan, should be taken seriously. The virus can cause pneumonia and is blamed for more than 800 illnesses and 26 deaths. British researchers estimate the virus has infected 4,000 people.

A second person in the U.S. who visited China has been diagnosed with the Wuhan virus, officials from the Centers for Disease Control and Prevention said Friday. Public health workers are monitoring 63 additional patients from 22 states.

Influenza rarely gets this sort of attention, even though it kills more Americans each year than any other virus, said Dr. Peter Hotez, a professor of pediatrics, molecular virology and microbiology at Baylor College of Medicine in Houston.

Influenza has already sickened at least 13 million Americans this winter, hospitalizing 120,000 and killing 6,600, according to the CDC. And flu season hasn't even peaked. In a bad year, the flu kills up to 61,000 Americans.

Worldwide, the flu causes up to 5 million cases of severe illness worldwide and kills up to 650,000 people every year, according to the World Health Organization.

And yet, Americans aren't particularly concerned.

Fewer than half of adults got a flu shot last season, according to the CDC. Even among children, who can be especially vulnerable to respiratory illnesses, only 62% received the vaccine.

If Americans aren't afraid of the flu, perhaps that's because they are inured to yearly warnings. For them, the flu is old news. Yet viruses named after foreign places — such as Ebola, Zika and Wuhan — inspire terror.

"Familiarity breeds indifference," Schaffner said. "Because it's new, it's mysterious and comes from an exotic place, the coronavirus creates anxiety."

Some doctors joke that the flu needs to be rebranded.

"We should rename influenza; call it XZ-47 virus, or something scarier," said Dr. Paul Offit, director of the Vaccine Education Center at Children's Hospital of Philadelphia.

Measles in the Democratic Republic of Congo has killed 5,000 people in the past year — more than twice as many as Ebola. Yet UNICEF officials have noted that the measles, which many Americans no longer fear, has gotten little attention. Nearly all the measles victims were children under 5.

Some people may worry less about the flu because there's a vaccine, whose protection has ranged from 19% to 60% in recent years. Simply having the choice about whether or not to receive a flu shot can give people an illusion of control, Schaffner said.

But people often feel powerless to fight novel viruses. The fact that an airplane passenger spread SARS to other passengers and flight crew made people feel especially vulnerable.

Because the Wuhan virus is new, humans have no antibodies against it. Doctors haven't had time to develop treatments or vaccines.

The big question, so far unknown, is just how easily the virus is transmitted from an infected person to others. The WHO this week opted not to declare the Wuhan outbreak an international health emergency. But officials warn the outbreak hasn't peaked. Each patient with the new coronavirus appears to be infecting about two other people.

By comparison, patients with SARS, or severe acute respiratory syndrome, spread the infection to an average of two to four others. Each patient with measles — one of the most contagious viruses known to science — infects 12 to 18 unvaccinated people.

Health officials worry that the new coronavirus could resemble SARS — which appeared suddenly in China in 2002 and spread to 26 countries, sickening 8,000 people and killing 774, according to the WHO.

The U.S. dodged a bullet with SARS, Schaffner said. Only eight Americans became infected, and none died, according to the CDC. Yet SARS caused a global panic, leading people to shutter hotels, cancel flights and close businesses.

Coronaviruses can be unpredictable, said Dr. Michael Osterholm, director of the Center for Infectious Disease Research and Policy at the University of Minnesota. While some patients never infect anyone else, people who are "super spreaders" can infect dozens of others.

At Seoul's Samsung Medical Center in 2015, a single emergency room patient infected 82 people — including patients, visitors and staff — with a coronavirus called MERS, or Middle East Respiratory Syndrome. The hospital partly shut down to control the virus.

"This is one of the finest medical centers in the world, on par with the Cleveland Clinic, and they were brought to their knees," Osterholm said.

Yet MERS has never posed much a threat to the U.S.

Only two patients in the U.S. — health care providers who had worked in Saudi Arabia — have ever tested positive for the virus, according to the CDC. Both patients survived.

Hotez, who is working to develop vaccines against neglected diseases, said he worries about unvaccinated children. Most kids who die from the flu haven't been immunized against it, he said. And many were previously healthy.

"If you're worried about your health, get your flu vaccination," Hotez said. "It's not too late."

When my breast cancer spread to my bones, I realized it was time for a more holistic approach. Now I'm living my best life ever.