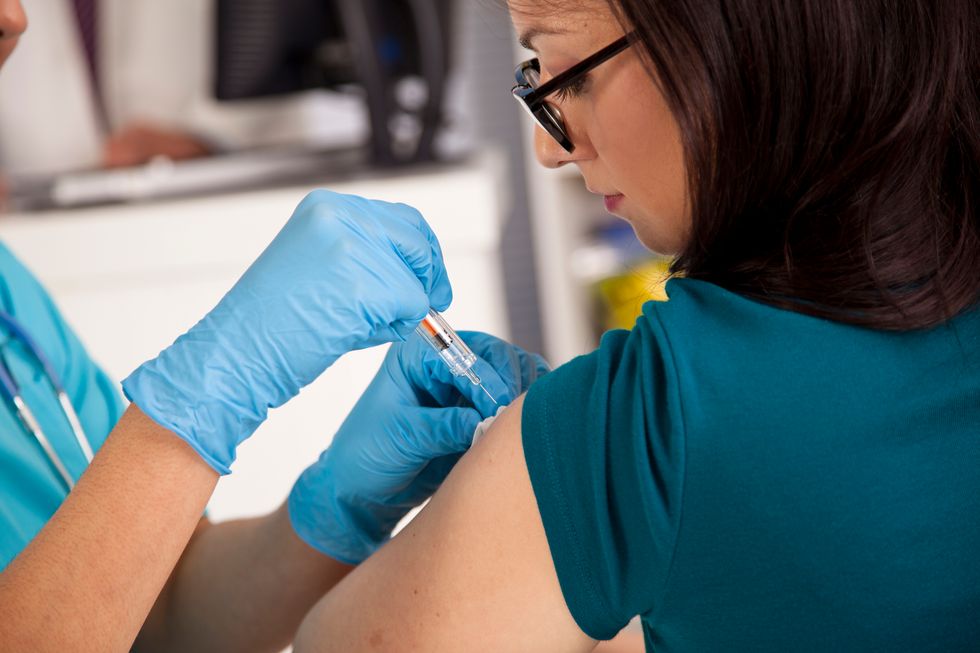 Can the Flu Shot Give You the Flu?

Many people forgo flu shots because they're convinced that getting one will give them the flu. Not true. You may experience some mild symptoms, but the shots cannot give you the flu.

Many people forgo flu shots because they're convinced that getting one will give them the flu or make them ill.

That's a misconception, say experts, who stress that while it's true that flu vaccines are made with flu viruses, these viruses are not live viruses—they've been inactivated (killed). They are not infectious, but, rather, are protective.

While the flu shot will not give you the flu, it is possible to get the flu even if you've been vaccinated. Reasons vary:

The good news is that most people who get the flu despite being vaccinated will get a milder case of it. A recent study showed that the flu vaccine also reduced hospital admissions (as well as the length of stay) and deaths from the flu.

Still others might say they'd rather take their chances. So what if they get the flu? No big deal.

The flu is a serious disease, says the Centers for Disease Control and Prevention (CDC), especially for young children, older adults and people with compromised immune systems or certain chronic health problems like diabetes, heart disease or asthma. It's not worth risking it, because the flu can create serious complications that result in hospitalization or, worse, death—even in healthy people.

Although it's best to get your flu shot by the end of October, if you haven't gotten it yet, there's still time. Flu season usually begins to increase in October and November and peaks between December and February. It can last into May, according to the CDC.

Learn more about getting ready for flu season.

The flu shot won't give you the flu. What it might give you is a (brief) low-grade fever or achy muscles while your immune system is gearing up.

And a lot of reassurance that you will keep yourself—and those around you—healthier.