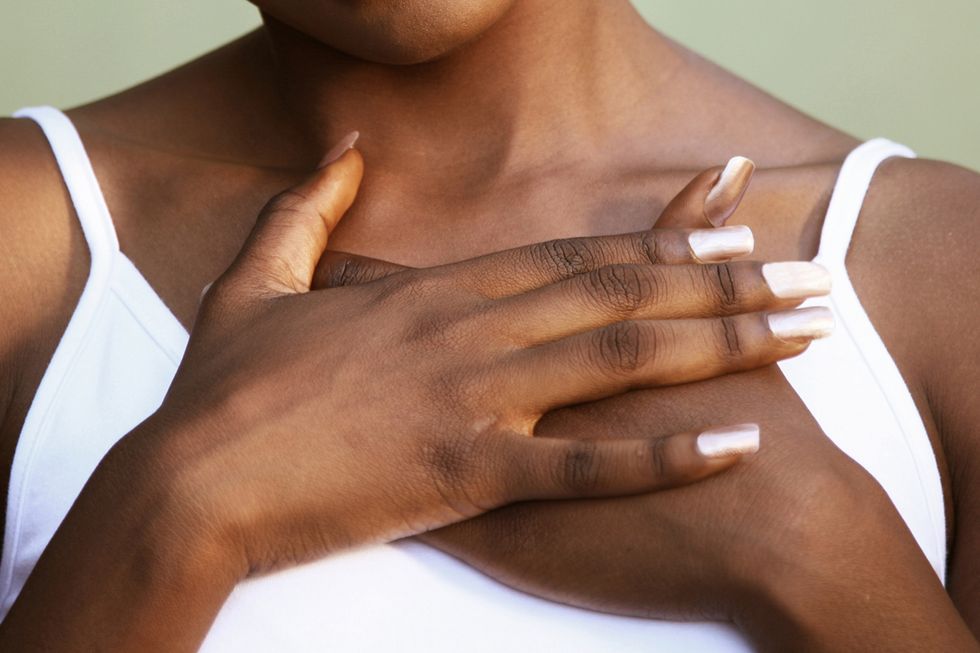 I Never Thought I Could Have a Heart Attack, But I Did

When Yesenia was 43 years old she had a heart attack and didn’t know that’s what it was. Read her story.

I am a heart attack survivor.

That's something I never thought I'd say.

I'm a 48-year old woman living in the heart of New York City, enjoying life. I love to bike, run, do yoga, and spend time with my 12-year old grandson. If you were to look at me, you'd think I was the picture of health.

And today, I am. But five years ago, when I had a heart attack at the age of 43, I didn't think I'd have the privilege of growing older.

It all began in the subway tunnel, while waiting for a train. Suddenly, I struggled to catch my breath. "I can't breathe! I can't breathe!" I yelled, as I fell to my knees, clutching my chest. I thought I was having an asthma attack. A good Samaritan called an ambulance, and they rushed me to a nearby hospital. Once in the ER, the hospital staff treated me for what they thought was an asthma attack. I was given a nebulizer—a machine with a mouthpiece that delivers medication into your lungs to open the airways and help regulate breathing—and corticosteroids to reduce swelling in my lungs. Years of smoking had left me with asthma and chronic obstructive pulmonary disease (COPD), so I thought it was "obvious" that this was the cause of my extreme shortness of breath. But I was also young and an avid athlete. I had gotten back into great shape when I had stopped smoking in 2009, determined to take back my health, and had recently completed a mud run, a challenging and tough team athletic event.

But sometimes, you have to look beyond the "obvious" to understand what's really going on.

That day in the ER, no one thought to check my heart.

Had I known then what I know now—that heart attacks can happen at any age, that the symptoms can be different for women, that family history is a strong indicator of risk (my father had diabetes and died of a heart attack at 64)—I would have spoken up.

Maybe it was a heart attack that day in the subway that brought me to my knees. Maybe it was my asthma. But what I do know for sure is this: Just one month later, while everyone was rushing around getting ready for the holidays, I spent day after day in bed; too fatigued to get up and consumed with nausea, cold sweats and on-and-off vomiting. I couldn't make sense of it all, and in the back of my mind I wondered if I might be pregnant.

And again, one day late in December of 2013, just like that day in the tunnel, I struggled to breathe. The tightness in my chest was too much to bear; it felt as if my torso had been hit by a speeding bus. My boyfriend called an ambulance, which took me to a nearby ER. There, I was rushed to the pulmonary department and again treated as an asthma patient—with a nebulizer and steroids.

Only this time, my symptoms didn't improve, but instead worsened. After a few hours of no relief, I insisted that something was seriously wrong when it felt as if my chest was caving in. I knew my body, and I knew it didn't feel right. I insisted they check everything and anything.

That everything included an EKG, along with a sonogram and other tests I don't recall the names of. The pain and shortness of breath rendered everything a blur. The next thing I remember is being rushed away to a different hospital; one equipped to do cardiac surgery.

Yes, it was a heart attack and I needed immediate surgery. Doctors inserted a stent (a tiny wire mesh tube) into one of my coronary arteries to remove a blockage and open it up to improve the blood flow.

Today, I'm feeling great. I give back to other women by working with WomenHeart, an organization that educates and advocates for women at risk for, or living with, heart disease.

And I give back to myself by eating a healthy diet, getting plenty of exercise, not drinking or smoking and following my doctor's recommendation to take a daily aspirin to help prevent another heart attack. I'm so grateful there are things I can do to help protect my heart.

I've learned that we can never take good health for granted, and that we need to slow down, listen to our bodies, and always speak up if we feel something isn't right.

This blog was created with support from Bayer® Aspirin.