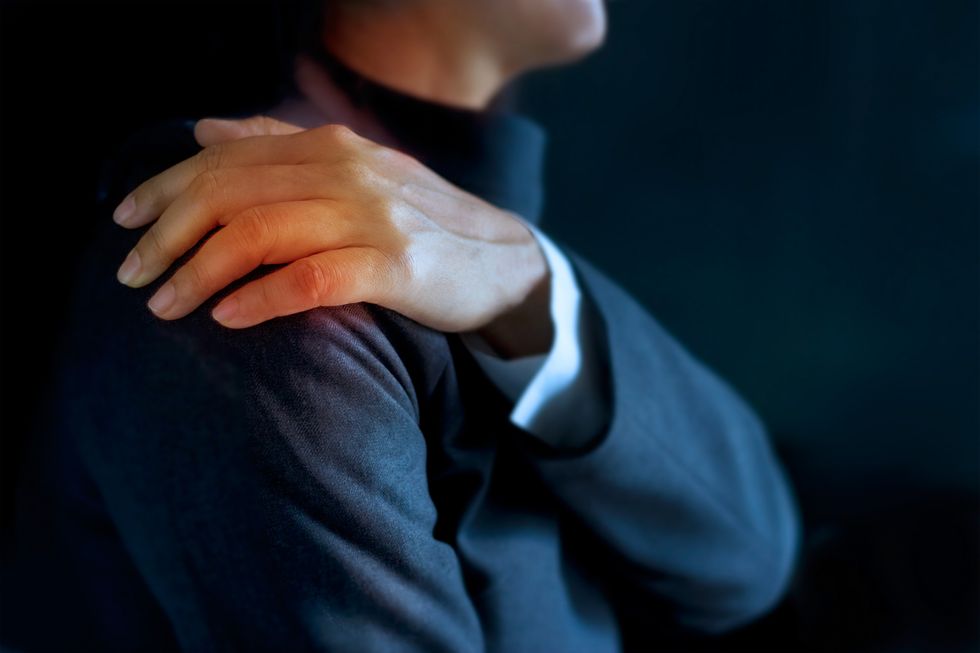 Joan shares the common signs of heart attack in women she experienced, which did not include chest pain. Read her story.

As a TV producer, I was fortunate enough to have contact with just about every subject imaginable. One encounter with the author of the book "Women and Heart Disease" saved my life. I learned from her book that many times, women's symptoms are totally different from men's. And that is one of the reasons many women have no idea they are having a heart attack while it is happening. If I had not read that book, I would have never known I was having a heart attack several years later.

I woke up early one morning to go to the bathroom. When I got back into bed, I had a severe pain across my upper back and several minutes later I had tightness in my upper arms. Those were two of the symptoms I read about in the book "Women and Heart Disease »—two symptoms men generally do not get. I got out of bed, took an aspirin (I had read in other articles that this is a good thing to do if you are having a heart attack), and hoped those symptoms would go away. But they did not. So I called 911 and the ambulance came. The EMT said, "You're not having a heart attack." But by then, I had other symptoms—nausea and sweats—and I knew for sure I was having one. The hospital confirmed that I was. They gave me a drug called tPA (a tissue plasminogen activator that can help restart blood flow to the heart and help prevent damage to the heart) and my symptoms subsided.

The next day, a stent was inserted in my artery and the following day, I returned home. Now, genetically, I was predisposed to having one. But if I am going to be honest, my lifestyle contributed to it. I did not exercise much and my diet left a lot to be desired. I also had smoked when I was younger, but I had quit many years before having my heart attack.

Most cardiologists send you for cardiac rehab for several weeks after a heart attack. When my rehab was completed, I knew that I needed to continue exercising and to change my diet if I wanted to stay healthy. I bought a treadmill and joined a gym and 22 years later, I still exercise on a regular basis. My diet, though not perfect, is certainly much, much better!

And as I said that genetically I was predisposed, several of my cousins, both male and female, have followed me having a heart attack and needing treatments. But we are all still here!

Women, please listen—especially if it runs in your family—learn symptoms that could mean a heart attack and don't ignore them. I never had one chest pain, but I had a heart attack! And I'm still here to tell you about it.

Joan Robbins is the President of Talent Relations and Co-Producer for Entertainment Studios.