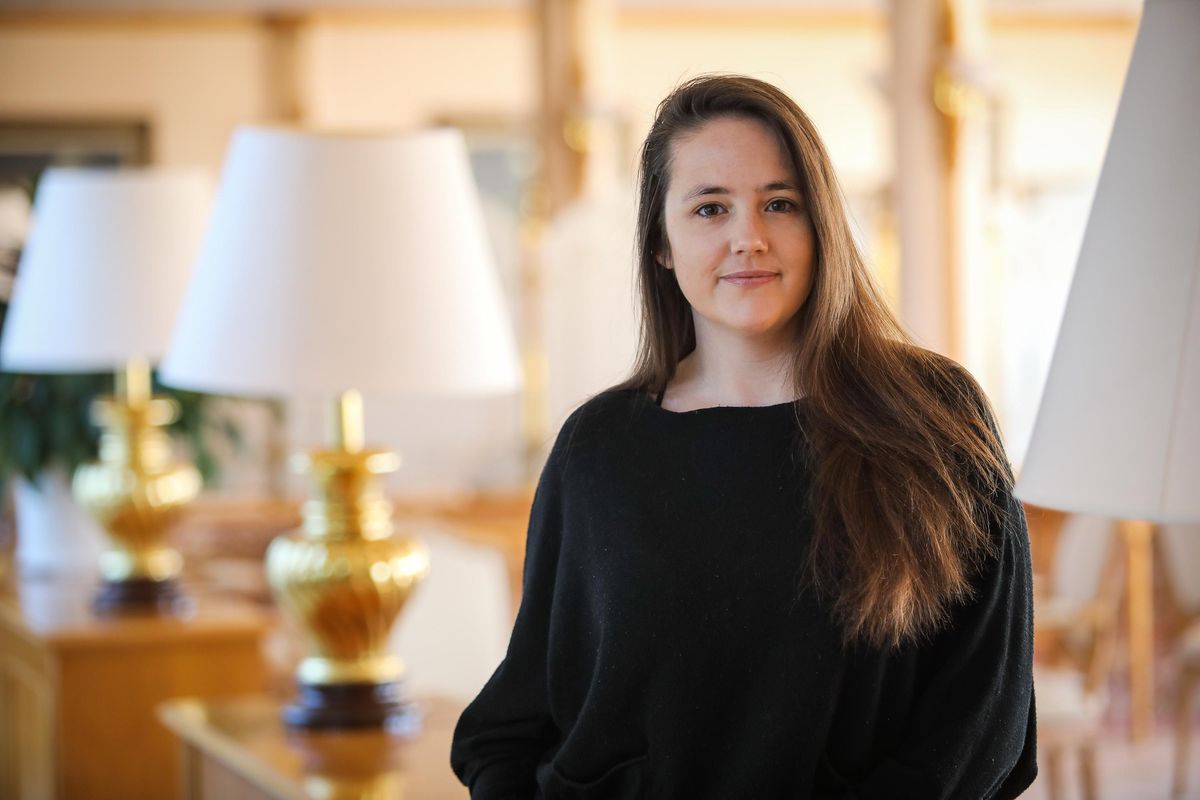 Grieving my father-in-law and fighting my own anxiety, I visited seven festivals for the dead in seven countries. Here's what I learned.

If I have a problem, any problem, some part of my brain strongly suggests leaving the country. I'm from England, which would fit into Texas five times with space leftover, so it's not much of a feat. Daunted after graduating? Move to Mexico for two years. Friends outstayed their welcome on New Year's Eve? God I'm tired, let's leave the country. A looming economic collapse from a no-deal Brexit? Let's move to Spain or something; I'm looking into it.

And when my partner and I found Chris, his father, dead after eight days, I left the country eight times. We had lived with him for two years during Britain's last job crisis. After moving out, we returned for Sunday lunches. Chris would rally us to help set the table with a cheerful, "Come on, trooperoos!" When he stopped answering emails, I spent a week telling myself he was just busy.

Until we found him. Until everything stopped.

As days became weeks became months, I sat at my computer, digitally stalking everyone I knew to check they hadn't also dropped dead. No news is good news, but no amount of good news seemed to satisfy me. There was always one other person I should check on, further and further from my circle of people.

It took a while to realize — and longer to admit — that during this absurd pursuit I'd stopped going outside, even stayed away from the window to avoid the rush of terror and disgust that enveloped me when I looked out at the world.

Always one to swing from one ridiculous extreme to another, I didn't just beat agoraphobia, I beat it to a pulp. While writing a book about how other cultures navigate death anxiety, I visited seven festivals for the dead — in Mexico, Nepal, Sicily, Thailand, Madagascar, Japan and Indonesia, with a stopover in the US to interview Californian life-extensionists and New-Orleanian ghost hunters.

I picnicked in graveyards, danced with corpses — but the emotional suckerpunch came during what I expected to be the gentlest of all the festivals, in Japan.

Kyoto is a glorious cluster of conveniences. But it's lonely. I only speak functional Japanese, after a hasty intensive week of lessons. Everyone I love is asleep until about 4 p.m.

I take long walks around the city, looking for signs of the visiting dead. Obon, the festival for the dead which drew me to Japan, begins with an invitation for the spirits to come, and the invitation is good for a week. On my last day in Kyoto, the mountains surrounding the city will be set alight as an invitation for the spirits to leave, huge bonfires in the shapes of Chinese characters that can be seen burning for miles.

Four months before my lonely wanderings around Kyoto, I celebrated Cheng Meng, a Thai iteration of a Chinese festival for the dead. My father has lived in Thailand with his wife X (pronounced "Ek") for over half my life. After a picnic by the graveside, people burn paper money as gifts for the dead.

The tradition came about because people wanted their dead to have everything they needed in heaven and figured that might involve bribing a judge or two. A famous Chinese studies scholar once commented, "Only the Chinese would conceive of the afterlife as a giant bureaucracy."

In recent years, Thai people have branched out when it comes to gifts for the dead — paper iPads, paper cars, paper claw-foot baths, even enormous paper mansions that cost hundreds and are reduced to ashes in minutes.

A few years ago, X and her mother, Mae, burned a paper cell phone for the first time. Some weeks later, Mae told X, quite upset, "Your father never called me from heaven." X put her palm to her forehead, "Oh no! It must be because we forgot to burn him a charger!"

We unpacked the sumptuous picnic, lit candles and incense, and laid the haul of paper gifts for the dead at the foot of the tomb — with pride of place given to the three-piece suits rendered in paper, complete with paper tie pins, watches and iPhones.

The whole group erupted into laughter. I looked at Mae as she laughed along. I think she's still hoping he'll call.

My guide, Akari, suggested I watch the mountain bonfires from the bridge by Demachiyanagi Station. I get there an hour early to nab a spot. I'm expecting a couple of hours standing on a bridge, watching some distant bonfires form the shape of the Chinese character "dai," meaning "big." I do not anticipate feeling forever changed, but since Akari and I went to a temple and summoned Chris here without warning at the start of Obon, it would be rude not to attend the goodbye ceremony.

Some police officers politely divert me off the bridge, and I take a seat on a sloping bank. The mountain is distant but dead ahead of me. People start arriving, mostly in groups of families or friends, but a lone Japanese woman in a black sleeveless summer dress takes a seat next to me.

The scarring of the dai symbol is visible on the mountain year-round. Right now, it's piled with kindling on which people have written their wishes — for the dead, for themselves, for the people they love and have loved. The divine postal system.

It's amazing how easily we assume symbols from other cultures. If I were to take a wish you'd written and burn it before your eyes in, say, a Walmart parking lot, you'd probably take it as an act of violence. "Health and happiness, you say? UP IN FLAMES. How do you like me now? Less, I imagine." And yet both in Japan and in Thailand, it seems perfectly sound, with a moral weight on its beauty.

An orange dot sparks to life in the middle of the scar and spreads into the limbs of the symbol. The crowd gasps and oohs. Phone screens rise into the air all around, like a choreographed act of worship. With no one to ooh to, I put my headphones on and watch the ancestors hitch a ride on bonfire smoke.

Of all the festivals for the dead I've seen, only Obon puts any emphasis on a goodbye ritual at the end, to make sure the dead won't outstay their welcome. I wonder if other countries just assume they'll take the hint, or if here in Japan they've simply worked out that grief doesn't heal like a cut, that it's healthy to carve out a moment to relive the losses past, that a festival for the dead is really about saying goodbye again. And again, and again.

And I feel it. My tear ducts start to prickle. I glance at the woman beside me, who watches the fires with pure love in her eyes, tinged with sadness and joy. It's a 5,000-story expression. She's in her own world — and so, I realize, am I. Once again, I've put thousands of miles between myself and anyone who knows or loves me. I'm alone here. Invisible. So I let it happen. I let down the Brit barrier and tears silently drip off my cheeks.

Grief comes in waves. The wound opens and closes over years. I get that now. And I can re-stitch this later.

And I think of Mae, 2,500 miles southwest of these flames, still waiting by the phone.

Erica Buist is a London-based writer and journalist, mostly for the Guardian. This essay is adapted from her forthcoming book This Party's Dead, a hybrid of journalism and memoir in which she travels to seven death festivals. This Party's Dead will be released on February 18, 2021, and is available for preorder from Unbound. The ebook is available from Barnes & Noble. She tweets @ericabuist