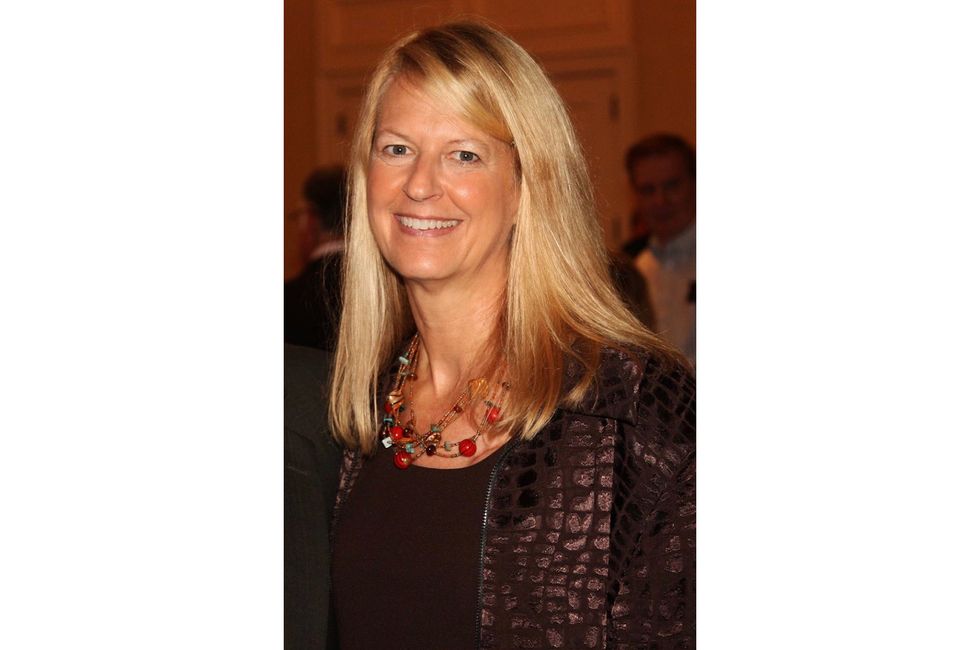 I Lived a Healthy Life, But I Had a Heart Attack

Even though Cindy has a family health history of heart disease, she couldn't believe she had a heart attack, despite classic symptoms.

At the age of 44, I was a very active race walker. I competed regularly and enjoyed staying in great shape. I had just completed a race, the first race that my husband had attended. And I had come in 2nd, right behind my friend. I was not happy! As disappointed as I was, we still went back to my friend's house after the race to celebrate and enjoy the evening. But the minute I walked into her foyer, I dropped to the ground. I had the classic symptoms of a heart attack—sweating, pressure on my chest, pain in my jaw, and nausea. The only thing that stumped me was that both of my arms hurt, and I thought that it would only be pain in my left arm if it was a heart attack. In hindsight, I know I just didn't want to admit what was happening.

My husband also was in denial. He explained it as soreness in my arms from race walking. My friend's husband, who is a runner, thought I was just severely dehydrated. They gave me water and helped me to stand up. My husband drove us home and I passed out right after I got in the car.

The next morning, I called my doctor but they had no available appointments. I didn't think it was urgent so I didn't insist that I get in to see him. I decided to take it easy and relax. At my routine ob-gyn appointment the next day, I told the nurse at my appointment and she thought I seemed fine. When I got home, I did my workout—a 2-1/2 mile walk—and had to crawl into my house after the workout because I felt completely exhausted. I called my primary care doctor who said if I was feeling ok now, then I probably was fine.

I thought about my dad who had a heart attack years earlier. His doctor told him that keeping your arms above your chest puts a lot of stress on your heart. To prove, or disprove, that I was ok, I figured I would try a task that required holding my arms up higher than my head. Cleaning gutters came to mind. I climbed up on the ladder and found that I could lift my arms. But when I kept my arms above my head, I immediately became nauseous, had chest pressure and jaw pain. I called the doctor again, but once again I was dismissed.

It was then that I decided to call a different doctor. He told me to come in right away. After an EKG and bloodwork, the doctor said, "It looks like you've had a heart attack." I was admitted to the hospital that evening.

The crazy part about all of this is that heart disease is rampant in my family. I always tell people that I got my father's nose and his heart disease—and he should have kept them both! When I was 22 years old, my 29 year old brother died of a heart attack while playing tennis. When I was 33, my dad had a heart attack while in his 60s. My grandmother had previously died of congestive heart failure. And now, here I was at 44 in the hospital because of a heart attack.

Once I was released from the hospital, I did cardiac rehab. I was put on blood thinners and cholesterol meds. I felt good for a few years, but at the age of 47, I went back to the hospital and ended up with two implantable loop recorders to record my heart rhythm. In 2012, I also had a pacemaker put in.

Overall, I am doing well now. I take a bunch of medications and wear a compression sleeve. Women should know that we need to put ourselves first. We always take care of others before we care for our own health. When it comes to exercise, we need to find time to do consistent activity. Even if it's 15 minutes, just get started. And don't stay in denial like me. I knew in the back of my mind that something was wrong, but I refused to believe it. I wish I had acted sooner. It doesn't matter how old you are or if you are in the best shape of your life. I wasn't a smoker, I had a healthy diet, and I exercised regularly—and it still happened to me!

This resource was created with support from Sanofi, Bristol-Myers Squibb, and Novartis.