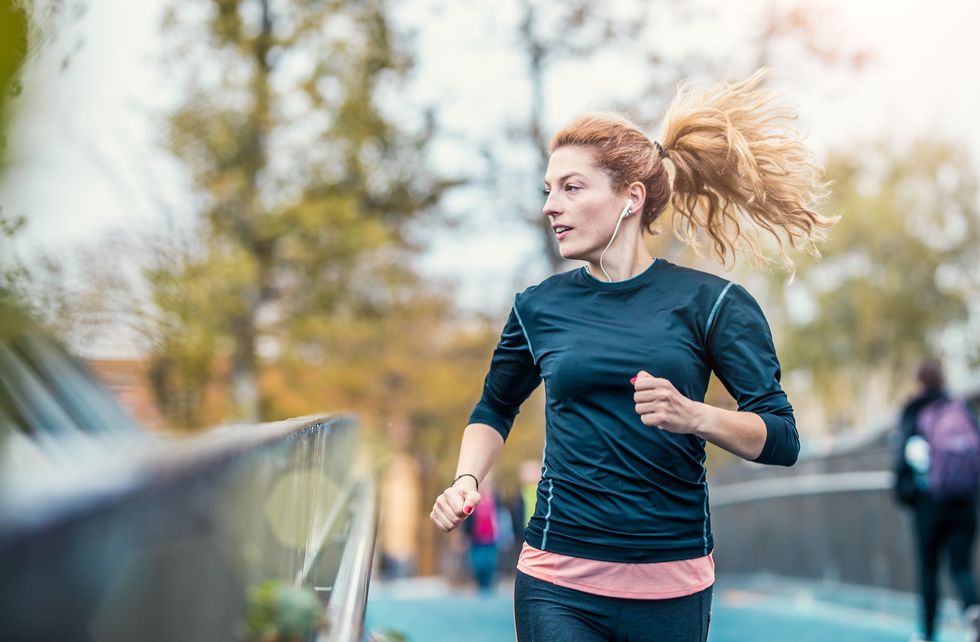 By changing the timing of when you eat and exercise, people can better control their blood-sugar levels. Learn more about this and other health headlines from the week.

The early bird gets the worm when it comes to your health. Exercising before eating breakfast burns more fat, improves your body's response to insulin and lowers your risk of type 2 diabetes and cardiovascular disease.

According to a new study in the Journal of Clinical Endocrinology and Metabolism, health scientists at the Universities of Bath and Birmingham found that by changing the timing of when you eat and exercise, people can better control their blood-sugar levels.

Here's 10 common breakfast mistakes and how to fix them.

Healthful Snacks Can Reduce Feelings of Fatigue
When we're exhausted but need to stay awake, many of us reach for a sugary snack. However, it's likely that more healthful options can help fight that fatigue, suggests a recent study in the American Journal of Lifestyle Medicine. Instead, replacing sugar and saturated fat with vegetables can help reduce the impact of sleep deprivation. Find out why people gain weight in the fall and how to avoid it.

Slow Walking Speed in Midlife Linked With Faster Aging
Walking speed may predict lifespan and health. Research published in JAMA Network Open finds that people who tend to walk more slowly at the age of 45 present with signs of premature accelerated aging physically and cognitively. The faster a person walks, the longer they may live. Older adults benefit the most from a brisk pace. Learn about vital signs important for older adults.

Work and Family Demands May Impact Women's Heart Health
Researchers believe that stress and cardiovascular health are linked in some way, but the association isn't yet fully clear. A new large-scale study in the Journal of the American Heart Association looked into stress' effects on work and family demands. Researchers feel that examining this in more depth may eventually help health professionals better identify and treat cardiovascular issues.

Estrogen Exposure May Stave Off Cognitive Decline in Women
New research in Menopause suggests that taking estrogen as part of hormone replacement therapy may help women fight off cognitive decline. According to the Alzheimer's Society almost two-thirds of all people with Alzheimer's disease in the United States are women. Research has suggested that estrogen exposure is why women are impacted more than men. After menopause, women experience a drop in estrogen levels, which could make them more susceptible to Alzheimer's. Researchers behind the new study followed more than 2,000 postmenopausal women over 12 years. They analyzed the link between estrogen levels and cognitive decline. They found estrogen exposure is linked with better cognitive health in older women. These benefits were stronger for the oldest women in the sample, who started taking estrogen the earliest.