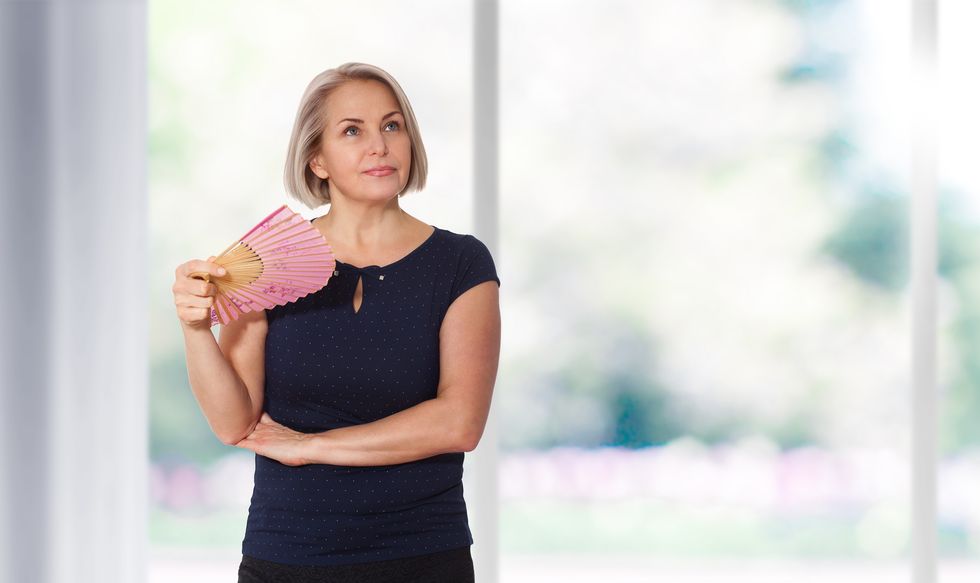 Women who enter menopause between ages 40 and 44 are 40 percent more likely to have a heart condition. Learn more about this and other health headlines.

Researchers analyzed data from more than 300,000 women who were part of 15 studies around the world, and found that women who reached menopause before age 50 were more likely to have a nonfatal heart problem, such as a heart attack, angina or stroke.

Women who entered menopause between ages 40 and 44 were 40 percent more likely to have a heart condition.

Here is what to know about menopause.

If you want more health headlines, we've combed through this week's top stories, so you don't have to do so. Here is what else caught our attention

Only a Third of Pregnant Women Getting Vaccinations They Need
About two-thirds of pregnant women in the United States don't get vaccinated against both flu and whooping cough, putting them and their newborns at risk, a new report from the U.S. Centers for Disease Control and Prevention says. Influenza and pertussis (or whooping cough) are infections that can be deadly for babies, especially those who are too young to be vaccinated directly/ But when women receive these vaccines during pregnancy, they pass along antibodies to the fetus that then provide protection during the time newborns are too young to be vaccinated. The vaccines also benefit expectant mother since women who are pregnant are more than twice as likely to be hospitalized if they develop influenza, compared with similar-aged women during influenza season.

Three STDs Reach All-Time Highs in the US
For the fifth consecutive year, combined cases of gonorrhea, chlamydia and syphilis have risen in the United States, according to a Sexually Transmitted Disease Surveillance Report from the US Centers for Disease Control and Prevention. The combined number marks the most cases ever recorded since monitoring begun in the United States. A rise in the prevalence and incidence of STDs can come with serious public health consequences and concerns, including infertility, drug-resistant gonorrhea and congenital syphilis, which can cause infant death. Possible factors driving this rise in STD cases, which vary depending on where you live, include a rise in people getting tested and cases being diagnosed and reported. There is also a decline in people using condoms.

Women and Men Tolerate Heart Transplants Equally Well, But Men May Get Better Hearts
Women are just as likely as men to survive after a heart transplant despite often getting poorer-quality donor hearts, new research published in the American Heart Association journal Circulation: Heart Failure. For the study, researchers looked at data from 34,198 international heart transplant recipients from 2004 to 2014. After adjusting for recipient and donor factors, they found no significant survival difference between men and women. The study also found women who get heart transplants appear to have lower-risk features than male recipients, with fewer instances of diabetes, high blood pressure, smoking, peripheral vascular disease and past cardiovascular surgery. Yet, women appear to receive higher-risk hearts than men.