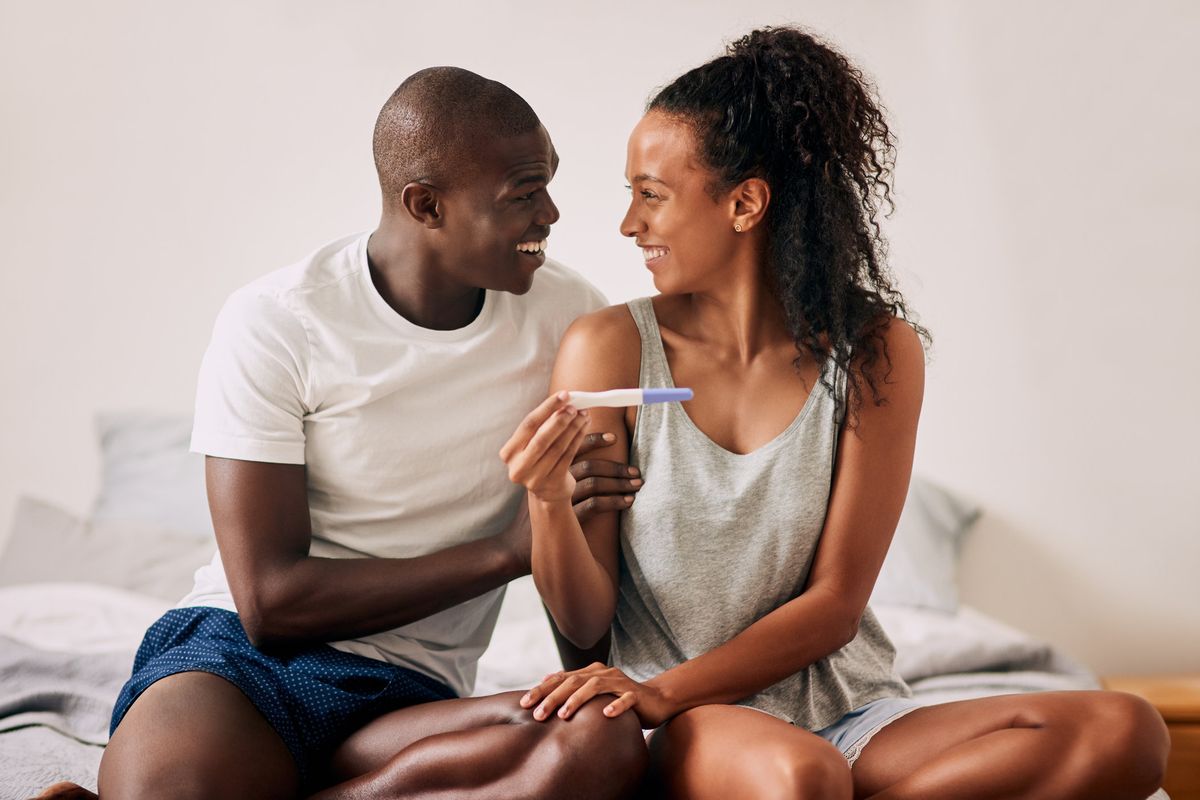 5 Ways to Prepare for Pregnancy

Is the medication I'm taking safe during pregnancy? What's an ideal weight when trying to conceive? Which prenatal vitamin should I take? What is genetic counseling? Get answers to these pre-pregnancy questions and more.

HealthyWomen
22 Sep 2009 Pregnancy & Postpartum
pregnancy
Medically Reviewed
Technology can help in many ways, but don't overlook basic health practices when planning for pregnancy. For example, one of the most important things you can do for yourself and your baby is also one of the simplest: remember to take a daily vitamin before you try to get pregnant and throughout your pregnancy. Folic acid, found in prenatal vitamins, can slash the risk of major birth defects of the fetus' brain and spine between 50 and 70 percent. There's even some evidence it can reduce the risk of other birth defects, including cleft palate, stomach problems and defects in arms and hands.

That's why the U.S. Food and Drug Administration mandated fortifying all cereal products with folic acid in 1998. Since then, the incidence of neural tube defects dropped 26 percent.

All of which makes pre-pregnancy planning important, says Michelle Collins, CNM, a certified nurse midwife and clinical faculty member at Vanderbilt University in Nashville, TN. Pre-pregnancy or "preconception" planning involves a visit to your health care provider for a full medical evaluation, including a detailed medical history before you begin trying to get pregnant.

Consider the affect of preexisting conditions and current medications on pregnancy
It's a time to consider how you'll treat any preexisting condition that requires medication, such as depression, diabetes or epilepsy. A woman with diabetes, for instance, runs the risk of having a child with cardiovascular disease or other problems if her blood sugar levels aren't well-controlled before and during her pregnancy, says Ms. Reynolds. Plus, certain anti-seizure medications may cause defects in the infant by interfering with a woman's ability to use folic acid. And in late 2005, the FDA warned pregnant women not to use paroxetine (Paxil), a popular antidepressant, during pregnancy because of a potentially higher risk of birth defects.

That doesn't mean you have to stop taking all medications during pregnancy, says Ms. Reynolds. Usually, there are alternatives available that have been shown to be safer during pregnancy.

Understand how your weight can affect your chances of conceiving
The time before pregnancy is also the time to address any weight problems. Studies find that being overweight can increase your risk of gestational diabetes and may even make it harder to get pregnant. Conversely, being underweight can interfere with fertility.

Quit smoking before you get pregnant
And, of course, it's a time to quit smoking. Smoking not only increases the risk of having a low birth-weight baby, but also a baby with Down syndrome and a multitude of other birth defects.

Discuss preconception and genetic counseling with your health care provider and your options for pregnancy
In addition to preconception counseling, women might consider genetic counseling before they get pregnant, says Ms. Reynolds. During genetic counseling, a specially trained counselor takes a detailed medical history of you and your partner, as well as your families, to identify any potential or known genetic disorders. "Often, it is only when a woman becomes pregnant that genetic disorders come up, and for some, it's too late to make a difference in promoting a healthy outcome," she says. But even here, technology can step in.

A relatively new form of in vitro fertilization called preimplantation genetic diagnosis (PGD) can enable couples who carry genes for genetic disorders like Tay-Sachs or sickle cell anemia to have a healthy child. The procedure involves removing one cell from an eight-cell embryo and studying it for any genetic abnormalities. Only those embryos with no obvious problems are implanted into the woman's uterus.

The procedure isn't 100 percent effective, however. University of Florida researchers find that about 1.5 percent of embryos may be implanted with undetected genetic disorders because of a rare condition called chromosomal mosaicism.

But for women who know they have a genetic risk for one of these devastating diseases, PGD can be a tremendous advantage.

Another advantage is a test given to women in the first trimester of pregnancy who have a risk of having a child born with Down syndrome. The disorder is the most common chromosomal abnormality, affecting about one in 800 babies born each year.

Previously, the only way to know if a woman was having a baby with Down's was with second-trimester blood tests and/or invasive amniocentesis or chorionic villus sampling (CVS) tests, all of which carry a slight risk of miscarriage. If a woman then decided to terminate the pregnancy, she faced a more complex and emotionally wrenching second-trimester abortion.

But a major study published in the New England Journal of Medicine in November 2005 found that screening in the first trimester with an ultrasound and blood test can identify most fetuses with Down syndrome between the 11th and 13th weeks of pregnancy, allowing women to decide what they want to do earlier in their pregnancy.

The blood tests measure levels of certain proteins and hormones that could indicate Down's, while the ultrasound assesses the thickness of the fetus' neck, called the nuchal translucency. By learning of her risk in the first trimester, often before she even starts showing or telling people about her pregnancy, a woman has more privacy to make her decision and, if she decides to continue the pregnancy, more time to grow accustomed to the idea of having a child with Down syndrome, says Dr. Wu.