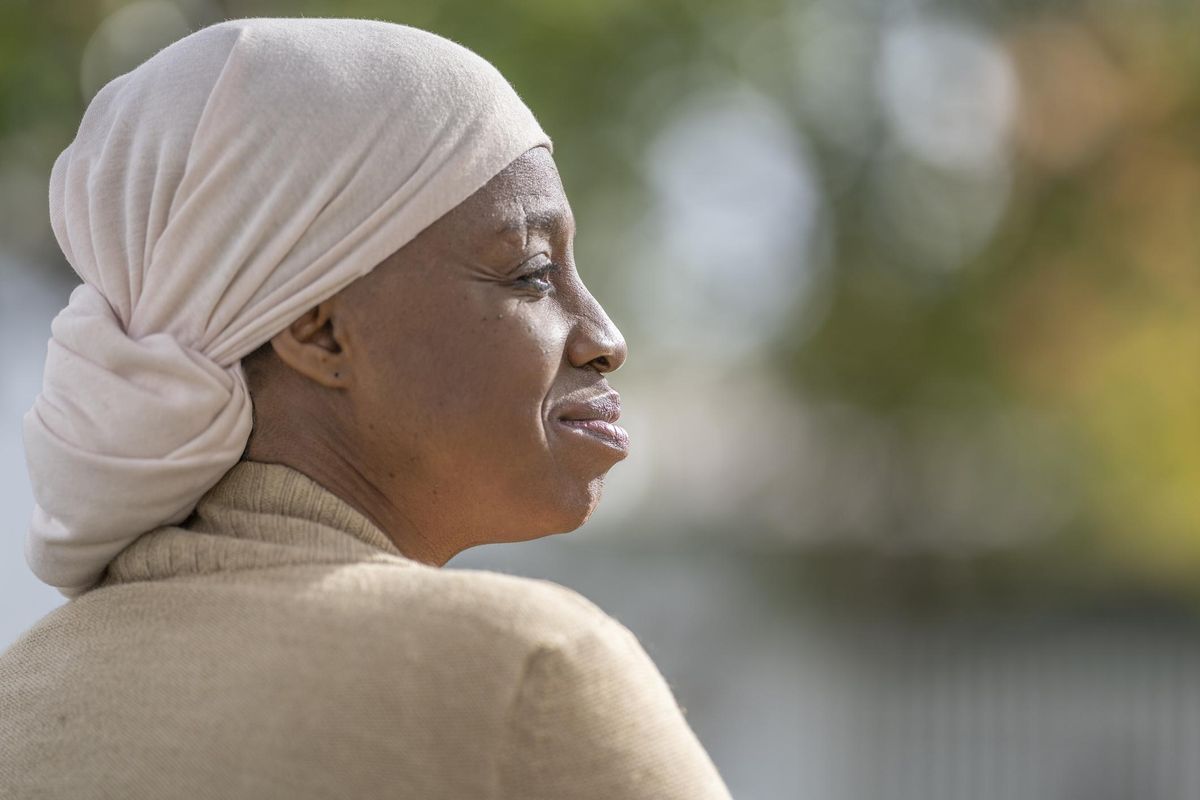 When Tracy Jimenez was 45, she experienced excruciating back and leg pain that sent her to the emergency room, where a doctor diagnosed her with a sciatic nerve issue.

Jimenez continued to suffer for almost a year and rushed back to the emergency room after passing a mass from her vagina. This time, the doctors ordered a CAT scan and referred her for further testing, which resulted in a diagnosis of stage 2b cervical cancer. Doctors also found an eight-centimeter tumor on her cervix.

"I had never heard of HPV or been tested for it," Jimenez said. "I knew nothing about HPV or cervical cancer at all — it was so new to me when they told me I had it."

Jimenez was a single mother and rarely had time for routine health exams where she could have had Pap tests or screenings for the human papillomavirus (HPV), the infection that can cause cells to become abnormal and in some cases progress to cervical cancer. She also lacked health insurance, going to the ER only when pain became unbearable.

During the earlier ER visit, she wasn't asked about her reproductive health, which included painful intercourse and irregular periods. Those answers could have offered crucial clues about the nature of her illness.

The unique risks for older women

Jimenez was 46 when she received her diagnosis, putting her in a demographic where cervical cancer can occur following an HPV infection that has lasted a while or has been inactive and then reactivates. Studies also show that the older women get, the less likely they are to get tested for cervical cancer at recommended intervals — if at all.

The American Cancer Society (ACS) estimates that about 14,480 women in the United States will be diagnosed with cervical cancer in 2021 and about 4,300 will die. While cervical cancer is most frequently diagnosed between ages 35 and 44, the average age at diagnosis is 50. More than 20% of cases were found in women over 65, with the ACS noting that cervical cancer rarely occurred in women who received regular screening before 65.

Improved screening and early detection have reduced mortality rates for cervical cancer, although it's still the fourth most common cancer for people with cervixes. Groups with less access to screening, including women of color and lower-income women, are more likely to receive a cervical cancer diagnosis.

"Even if precancerous cells develop, it takes about 10 to 15 years for them to progress from precancer to cancer," said Nancy Berman, an adult nurse practitioner and certified menopause practitioner at Millennium Affiliated Physicians in metro Detroit. "With some cancers, screening is meant for early detection, but for cervical cancer, it's meant to find precancer and treat it to prevent cancer from occurring."

Nearly all cervical cancer diagnoses are related to HPV, a virus contracted by almost all adults who've had sexual intercourse. Most adults won't know they've had HPV without a test since HPV infections usually do not cause symptoms and most of the time are cleared by the immune system within 24 months. If the body doesn't clear the virus, there is a risk that cells in the cervix will become abnormal and can progress over time to precancer and cancer.

Aging can change one's immune response, and an inactive virus can begin replicating as a result of childbirth and aging. As the transformation zone — the area of the cervix where two different cell types meet and where HPV can persist — moves up the cervical canal as you age, it can become more difficult for some tests to detect abnormal cells.

Berman is aware that an older woman might be surprised by an HPV diagnosis, questioning a partner's fidelity or worrying that she contracted an infection from a new partner. But the most likely reason is a decades-old infection that wasn't fully cleared and a recently increased viral load.

Some women can stop getting screened when they reach 65, provided they've received three normal Pap tests , two negative HPV tests, or two rounds of Pap-plus-HPV co-testing (a Pap plus an HPV test) with no abnormal results within the past decade. Those who don't meet the criteria should continue testing until they reach the 10-year mark with normal tests. Women who have been treated for precancerous changes should be followed for 25 years, even if they're over 65.

Women should be screened with whatever screening tests are available to them. With people putting off certain screenings because of the Covid-19 pandemic, there's also concern about crucial treatment windows being missed.

A road to advocacy

Jimenez underwent more than 30 rounds of radiation and six chemotherapy treatments, relying on her faith and her desire to live a long, healthy life for her children and grandchildren to keep her going. Now 50 and cancer-free, Jimenez advocates for HPV and cervical cancer education and prevention by telling her story through Immunize Colorado, a statewide organization working to protect individuals from vaccine-preventable diseases, and as an ambassador for Cervivor, a national support and advocacy group.

"All women need to know how important it is to stay on top of getting our well women exams," Jimenez said. "They don't always do them, and so many women die because of it."