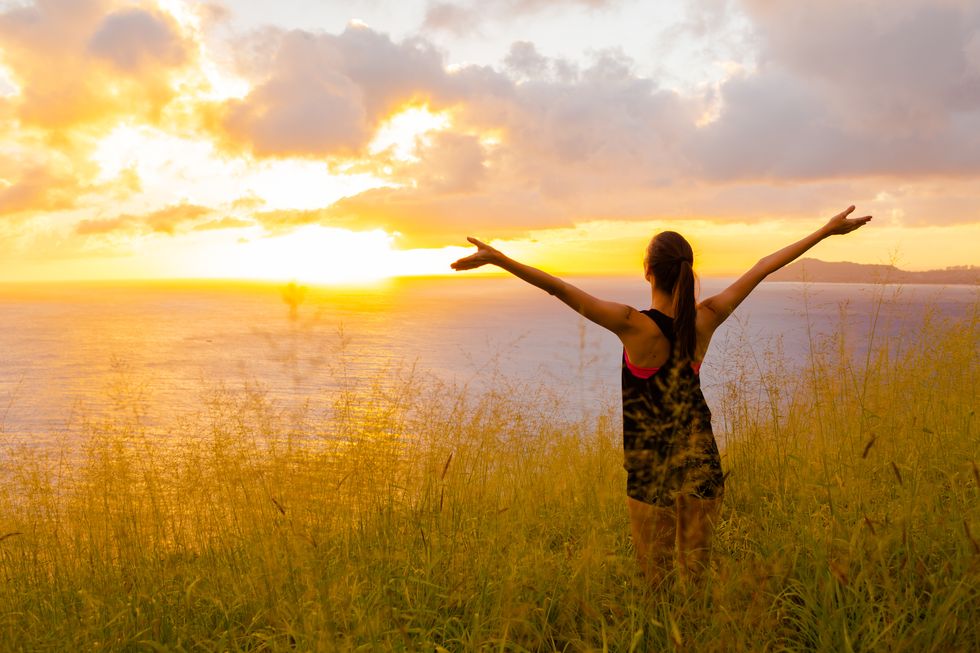 On Reaching Remission of Crohn's Disease: Tragedy and Triumph

Exactly one year ago today, my gastroenterologist pulled the curtain back to find me still in post-colonoscopy position, groggy, yet mostly awake and said the words I have been waiting to hear since 2009: "There are no ulcers. You are in remission."

This article has been archived. We will no longer be updating it. For our most up-to-date information, please visit our Crohn's Disease information here.

Exactly one year ago today, my gastroenterologist pulled the curtain back to find me still in post-colonoscopy position, groggy, yet mostly awake and said the words I have been waiting to hear since 2009: "There are no ulcers. You are in remission." I breathed a huge sigh of relief and gratitude–finally, the colonoscopy that I had prepped for the 4th time in 12 months came out favorably. It was worth it. It was all worth it.

But let's take a step back to exactly four years ago when things weren't so great. At this point, I had just gotten out of the hospital after having my fourth flare in two years and was in the midst of trying my third biologic when I was recruited to run a half marathon to benefit Team Challenge for the Crohn's and Colitis Foundation. I was feeling stronger, optimistic, and like I could take on the world. Not to mention, the girl who recruited me to run for the organization quickly became one of my best friends. So the summer of 2013 was promising to be a memorable one. And it was—both good and bad.

One Saturday, I was at a local pool with my new best friend–which is what two 27-year-olds do in Philly on the weekend–and we started chatting with two guys. To our delight, they were very interested in us and asked how we knew each other. I proudly replied, "Nicole recruited me to run a half marathon for the Crohn's and Colitis Foundation, and I am a Crohn's patient."

One of them replied, "You have Crohn's? That sucks. A college friend of mine has Crohn's disease, too." What I thought was going to be a sympathetic remarked ended up being a statement that I will never forget. He said, "You better hope you are married in 3 years because then you are going to have a bag and no one will want you."

I was 27 years old, single, and was just told by a guy that no one was going to want me in a few years because of my disease and the potential for having an ileostomy bag. I initially thought, How will I date if this is what a guy thinks of those with Crohn's?

I desperately wanted to fit in and be loved and accepted for who I was. It was hard enough to be a single girl in her late 20s, but it was even harder having an autoimmune disease that is the exact opposite of sexy.

I realized that the only thing I could actually control was my lifestyle. I immediately began practicing stress-reducing techniques, scheduling acupuncture appointments and completely revamping my diet. I went gluten-free and cut out dairy, soy and most processed foods from my diet (every girl needs some pasta in their life so I do splurge on occasion).

However, I found it difficult to blend into my normal social life with these newly developed restrictions. There was a constant battle of "Do I fit in, or do I feel sick?" when dining out with friends. After successfully navigating being socially accepted while feeling well, I realized there was a need for someone like me out there in the world.

So I studied to become a nutritionist and earn my health coach certification so that I could gain in-depth knowledge of the chemical and medicinal side of food and nutrition. Combining this with my personal experiences with the disease and learning how to successfully live like a "normal" person despite having several dietary restrictions, I began working with clients to help them live the best versions of themselves, and increase their quality of life. And here I am today, at Best Whole Self.

An Even Brighter Future

Not only am I celebrating my 1-year anniversary of being in remission today, I am also celebrating the fact that I found someone who loves me just the way I am, and chose me to be his wife. We are planning our spring wedding. Do I say that I have my "happily ever after"? No, because happiness is a journey, not a destination.

Self-Love: Learning to Love Your Body Despite Your Disease

A Letter to My 21-year-old, Newly Diagnosed With Crohn's Self–From 13 Years in the Future

Reflecting on Motherhood & Crohn's: Year One

How to Prepare for a Colonoscopy