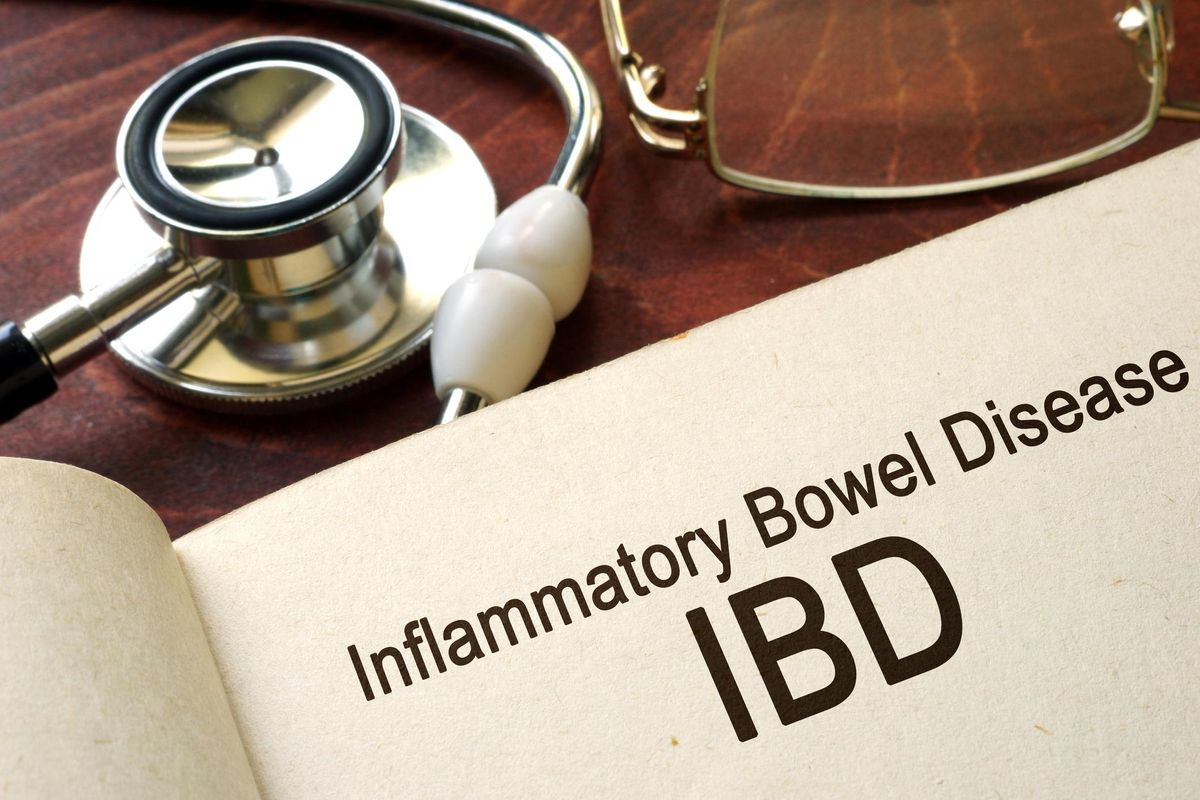 What is inflammatory bowel disease (IBD)?

Inflammatory bowel disease (IBD) is a condition that affects the digestive system. The two most common forms are ulcerative colitis, which can cause painful ulcers in the rectum and colon, and Crohn's disease, which can involve any portion of the gastrointestinal (GI) tract, which runs from the mouth to the anus, causing inflammation in various parts of the GI tract.

What are the symptoms of IBD?

The symptoms of both Crohn's disease and ulcerative colitis are abdominal pain, chronic diarrhea, rectal bleeding, weight loss and fatigue. Symptoms can be mild or severe and can flare up from time to time then go into remission in milder cases. In more severe cases, patients can have continuous symptoms that interfere with daily life.

What are the symptoms beyond the intestines that affect overall health?

People with both Crohn's disease and ulcerative colitis can experience symptoms outside of the GI tract, such as arthritis and joint pains; eye and vision problems; and skin disorders, including mouth ulcers and skin rashes. Women with IBD are more likely to experience premenstrual symptoms (including nausea, abdominal pain and flatulence) and iron-deficiency anemia. Women with IBD who have had certain surgeries can have higher rates of infertility compared to the general population. It is important to discuss family planning with your physician prior to considering any elective surgery for IBD.

How is IBD diagnosed?

A healthcare provider will first take a medical and family history. This will be followed by several blood tests and a GI tract exam. The GI exam may include an upper endoscopy, which looks at the GI tract from the mouth to the first part of the small intestines and/or a colonoscopy, which looks at the GI tract from the anus to the last portion of the small intestine. A tissue biopsy may also be performed in order to exclude other conditions or infections that can mimic IBD.

What other health conditions are people with IBD more likely to have?

People with IBD are more likely to have autoimmune diseases including celiac disease, psoriasis, lupus and multiple sclerosis, as well as certain liver disorders. They are also more likely than the general population to have anxiety and/or depression, which could be due to the pain and stress of having a chronic condition. Stress can also cause people with IBD to have worse symptoms when their disease flares. If left untreated, IBD can lead to colon cancer.

What are flare-ups and remission with IBD?

People with IBD may go through months or even years without symptoms, which is known as remission; a flare-up happens when those symptoms reappear. The goals for treatment are to increase the amount of time between flare-ups, decrease how severe the flare-ups are, and improve quality of life. IBD is considered to be in endoscopic remission when an endoscopy does not show evidence of an inflammation in the gastrointestinal tract.

What are some leading treatments and/or ways to control symptoms?

Different types of medicines can be used to manage IBD symptoms. Some work better for ulcerative colitis and some are better for Crohn's. Corticosteroids can be useful for short-term control of flare-ups. Other treatments, such as biologics and small-molecule therapies, can reduce symptoms and keep people in remission.

What are the risk factors for developing IBD?

Environmental factors such as consuming processed food, taking hormones and living in an urban or industrialized area can impact the body's gut microbiome, which can in turn lead to a higher incidence of IBD.

What are some lifestyle changes people can make to improve their IBD?

Work with your healthcare professional or a dietitian to create a meal plan that works for you. Knowing your food triggers and maintaining good nutrition are both important ways to help control your symptoms. Moderate exercise and finding ways to reduce your stress, such as incorporating yoga or mindfulness into your daily routine, can also help relieve IBD symptoms.

How do IBD and COVID-19 gastrointestinal symptoms differ?

While diarrhea, stomach pain and vomiting can be symptoms of both COVID-19 and IBD, people with COVID-19 often have respiratory symptoms as well, including shortness of breath and cough and fever. If you're experiencing any of these symptoms, be sure to contact your healthcare provider.