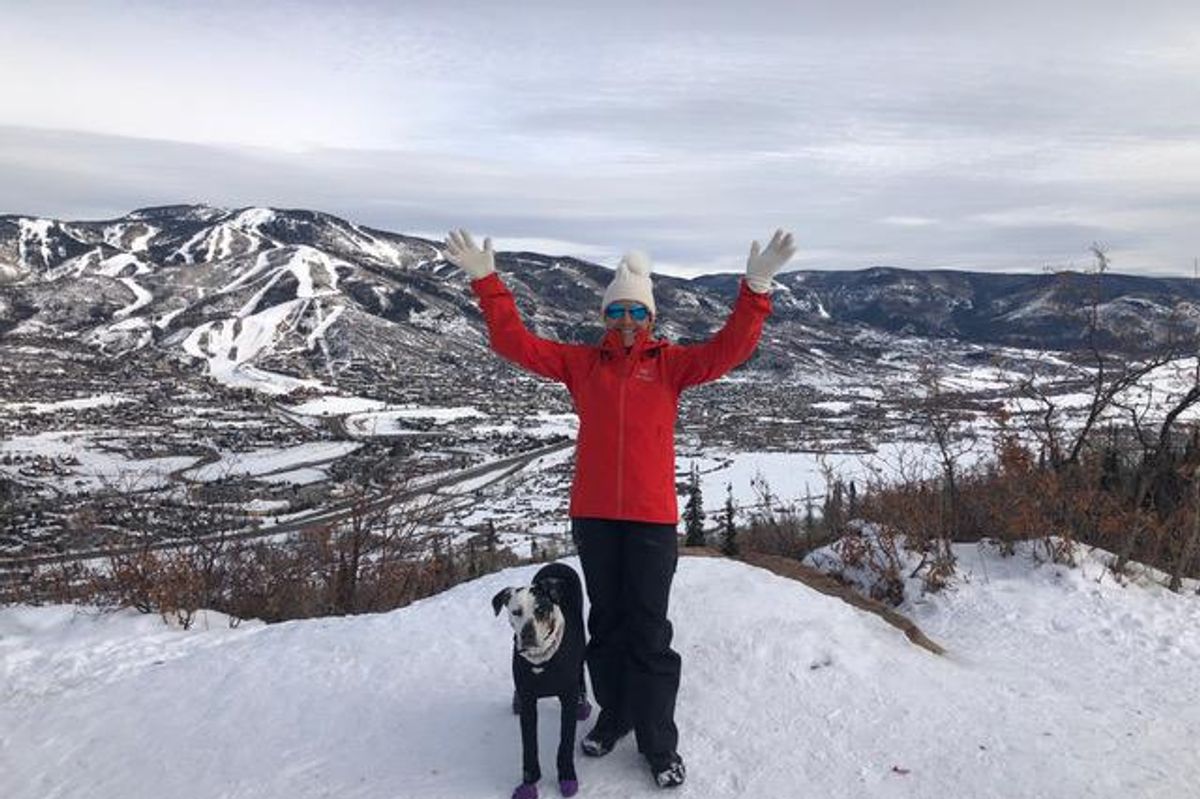 As told to Liz Sauchelli

I looked the ER doctor in the eye and insisted he give me a CAT scan.

I couldn't understand his lack of urgency and the way he downplayed the seriousness of the situation. I was there because another doctor had found a huge blood clot in my leg, and 18 years earlier I'd had a blood clot in the same leg and a pulmonary embolism, where blood clots block arteries in the lungs. I tried to tell him that, and about the gene I have that makes me more susceptible to clots, but he didn't want to hear about it.

I told him about my aunt, who died from a pulmonary embolism on her 31st birthday after gallbladder surgery — while my mom was on the way to pick her up from the hospital. I started to cry.

I'd also brought him an ultrasound taken that morning that showed that multiple veins in my legs were blocked by a large blood clot (known as acute deep vein thrombosis). This meant there was a good chance the clot could break off and form an embolism in another part of my body, like my lungs.

But he refused to look at the report. Instead, he wanted to send me home with blood thinners. He kept insisting I was fine, referencing my blood pressure and heart rate, which were within normal range, and my lack of chest pain.

"How do you know without doing a CAT scan?" I countered. My vitals might've been considered normal for someone else, but they were higher than average for me. I'm an athlete. I run six miles or do cardio six times a week and lift weights four times a week. Normal for other people is high for me.

The doctor tried to get me to take medication so I'd go home, but I kept pushing for the test. Finally, he relented, but he told me "I have very sick people here. You're going to be waiting a very long time."

I went back to the waiting room where I kept thinking about my aunt. I also flashed back when I had a pulmonary embolism after knee surgery. Back then, the first time I went to the ER, I was sent home after being given an enema because the doctors thought I was constipated. The next day, I woke up in excruciating pain in the lower left side of the back of my ribcage and returned to the ER. The doctor took my vitals. They were fine that day, too.

But then the nurse practitioner spoke up and insisted they do a doppler ultrasound to check my leg for clots. The doctor still refused, and they got into an argument. Finally, she shouted "What the f--- do you think it could be then?" I got the test, which found a blood clot. Another test found a large pulmonary embolism in my lung. I spent two weeks in the hospital. That nurse practitioner saved my life.

Two weeks prior, my left leg had started to hurt. Because of my age, 56, and my active lifestyle, there's usually something sore on my body, so I treated my leg the way I'd treat any other injury. I iced it when it swelled, took ibuprofen and elevated it. The next day, I'd be OK and go running. I was also waking up with chest pain, but I thought it was anxiety and stress brought on by a number of things in my life.

Then, my college roommate came to visit and we started doing high intensity interval training workouts, which included intermittent sprints. I couldn't keep up with her sprints, which was incredibly strange for me, and I had to stop. After she went home, I decided to rest for a couple of days. Then I woke up on Memorial Day with pain in the back of my calf, behind my knee and on the top of my thigh. I measured the width of both my thighs, and my left was a full inch bigger than my right.

My first thought was that I'd just run three miles instead of six. But as I was trying that on for size, it didn't make sense to me. There was no reason why one leg should be hurting so much more than the other. And then I thought, "God, what if it's another blood clot?"

I called a friend who's a doctor and he encouraged me to be seen. I went to urgent care and asked for a prescription for a doppler test. Next, I went to an ultrasound office. Afterward, the technician told me to get dressed and lie back down until the doctor came in to tell me my results. That's when I knew something was really wrong.

The doctor told me I had an extensive blood clot from the bottom of my calf to the top of my thigh. I started to cry. "Go straight to the emergency room," he told me. "This is very serious."

I followed his instructions — and yet here I was, still waiting, because the ER doctor refused to take my condition seriously.

Finally, I got a CAT scan: There was at least one pulmonary embolism in each of the four quadrants of my lungs. The doctor delivered this news very matter-of-factly and then said "I could still send you home or I could admit you. What do you want to do?" At that point, I said "admit me." I wanted to be out of his care and immobilized because I knew the risk of a larger clot breaking off and killing me. I spent five days in the hospital, and I will be on a blood thinner for the rest of my life.

They call pulmonary embolisms the silent killer because people who are healthy like me have symptoms that go unnoticed. Trust your body and stand up for yourself when you know something is wrong. If I hadn't, I could have died.