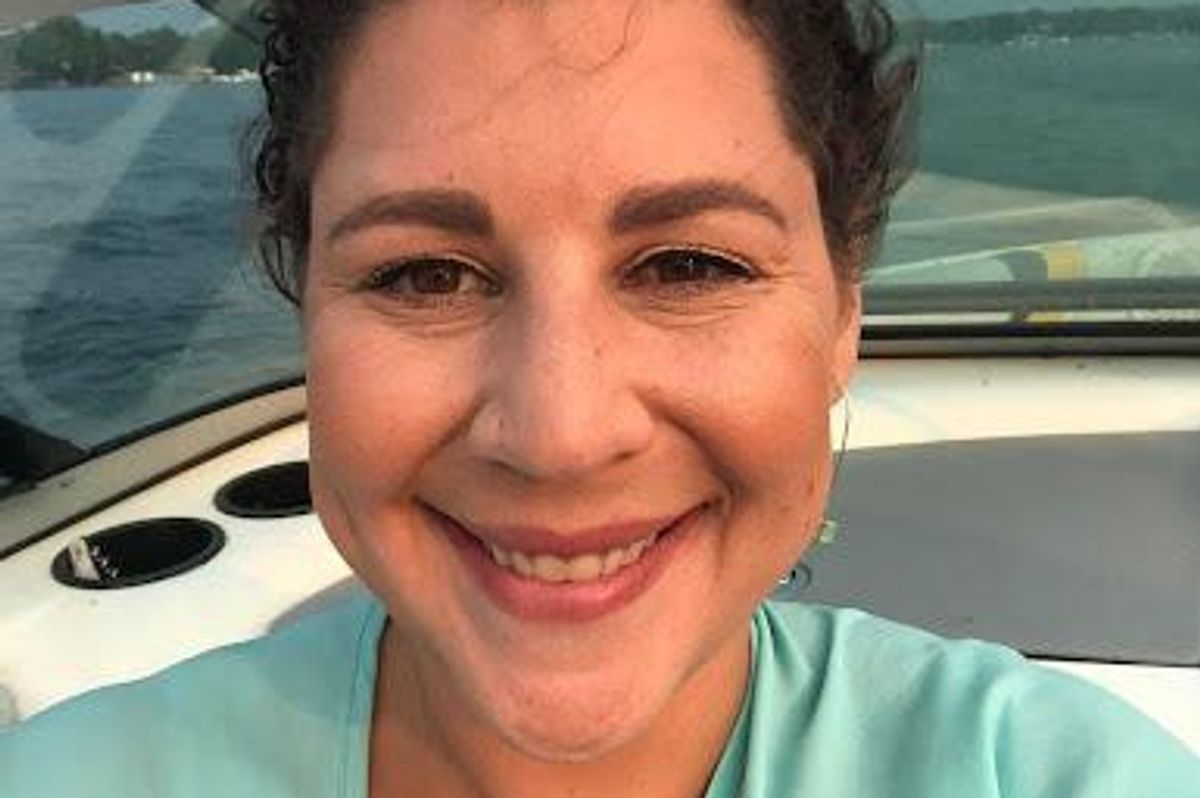 As told to Liz Sauchelli

I'd been looking forward to the trip for weeks: My 4-month-old daughter and I were going to visit a friend from college I hadn't seen for two years. But when I woke up that Friday morning, I had a headache, abdominal pain and a sore throat. I went to an urgent care clinic, where the doctor told me my flu-like symptoms were likely caused by a viral infection and I'd be fine to travel. I packed up my daughter and made the three-hour road trip.

But my symptoms kept getting worse and I left for home a couple days later, making multiple stops along the way to rest because I felt excessively fatigued while driving. I'd also developed little red dots on my body that I found out later were called petechiae.

I knew there was something really wrong with me, so I returned to the urgent care clinic.

A blood test showed my platelet count was dangerously low, and the doctor told me to go to the hospital immediately. He also told me not to drive, so my husband left work to take me.

At first, the physicians thought I had a more common blood condition called idiopathic thrombocytopenic purpura (ITP) that causes excessive bleeding and bruising, but while waiting for hours in the hospital to see a blood specialist (hematologist), I called a close family friend who is is a physician specializing in blood disorders. He connected with the onsite hematologists who were treating me to consult on symptoms, lab results and my diagnosis.

After more tests, the doctors confirmed that I had acquired thrombotic thrombocytopenic purpura (aTTP), an extremely rare blood disorder that causes small clots to form in the blood vessels, slowing the flow of blood to critical organs like the heart and brain. To say I was scared is an understatement: I was traumatized. I was barely 30, had two children under age 2, and was just told I had a rare, life-threatening disease that affects less than 15 people per million every year.

I was quickly transferred to a different hospital where doctors started me on plasma exchange (also known as plasmapheresis), which filtered out the unhealthy plasma from white and red blood cells in my blood, and then returned my cells with healthy donor plasma.

As soon as the treatment started, my body went into anaphylactic shock: It turned out I was allergic to the plasma. I was given heavy medication to counteract my reaction and wound up spending 10 days in the hospital. My physician informed me when I left the hospital that I had to stop breastfeeding my daughter and that it would be extremely risky to have more children. It was incredibly hard to hear that.

In a way, life went back to normal after my initial episode in 2016: I went back to my full-time job in healthcare administration. I continued to enjoy time on the lake, boating with my family and cooking, which I love to do. But the threat of having another aTTP episode hung over me.

One of the hardest things about having aTTP is that it's so random and can hit at any time. Without warning or notice, you can experience another aTTP episode that disrupts your life. My second aTTP episode occurred three years later, in 2019, the week we were going to Mexico for a family vacation. I spent the night before the trip in the hospital being treated for aTTP while at the same time coordinating a notarized letter so my in-laws could fly with my children and go on our much anticipated trip without me.

Then early this June, I woke up with a large, black bruise on my stomach. Knowing that I hadn't been hurt or injured, I immediately suspected an aTTP episode, so I went to the hospital to have my platelets checked. Within 30 minutes, I heard from my hematologist: I was having an aTTP episode that required hospitalization and treatment.

For me, each episode has required a minimum of five to seven days of inpatient care at the hospital to stabilize my platelets and receive treatment. And this time, my children — now 5 and 7 — couldn't visit me because of the Covid-19 pandemic, which was really tough.

This latest episode was especially surprising because I had seen my hematologist the week before and my labs were normal. In five days, aTTP had reared its ugly head.

With each episode, there's a risk of increased complications such as major organ damage. Since my diagnosis five years ago, I'm more fatigued, don't have as much energy, have chronic pain and occasionally experience short-term memory loss.

But I do my best not to let aTTP hold me back. I continue to work full time and live an active life. I love to take my kids to the park, repaint furniture and read, although it's difficult to focus on storylines right now. I also work in support of fundraising for aTTP research, awareness and advocacy efforts.

Having a rare disease has made me realize that not every day is a given. As a result, I do my best to live in the present and relish every moment with my kids, husband and collection of pets. When I turned 35 in April, I said this was going to be my best year yet. Despite my latest aTTP episode, I still believe that'll be true.

Sanofi Genzyme sponsored this article and suggested the topic. Sanofi Genzyme does not review or control the content of non-Sanofi Genzyme websites. These listings do not constitute an endorsement by Sanofi Genzyme of information provided by any other organizations.
real women real stories blood disorders blood clotting attp
ADVERTISEMENT