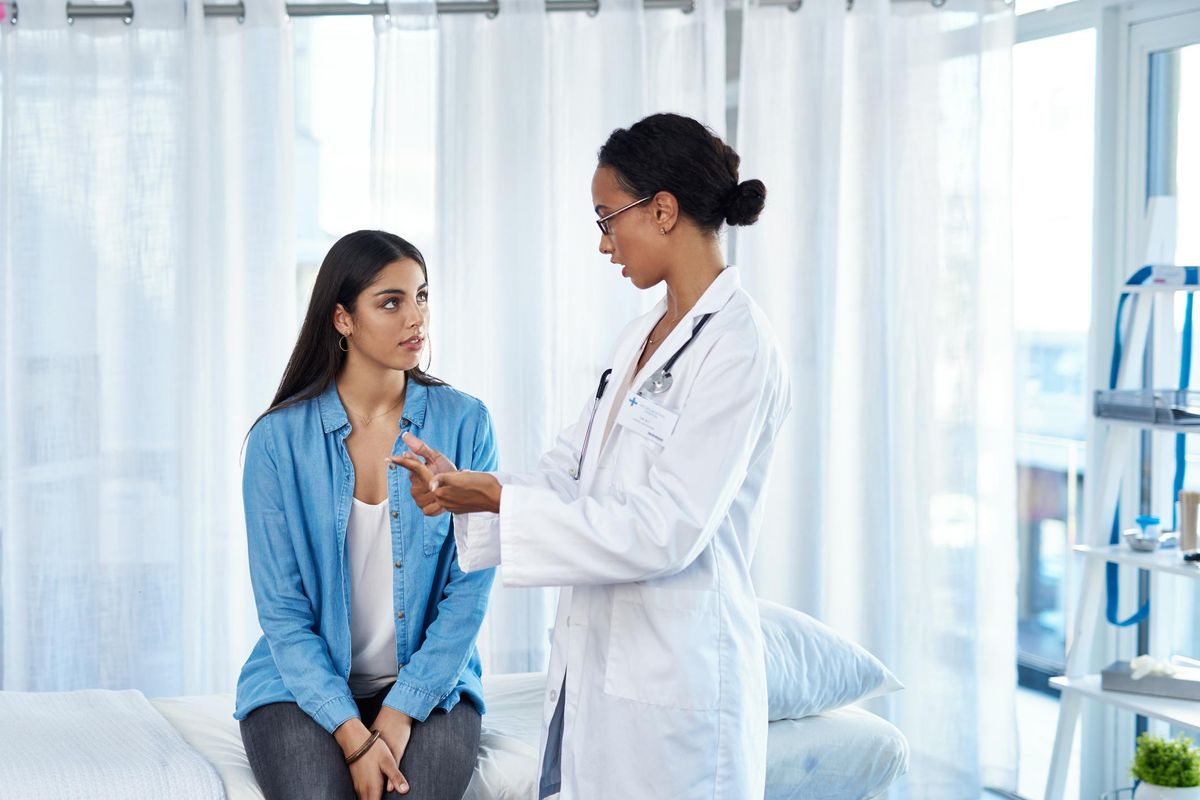 If you think you're experiencing symptoms of fibroids, these questions can help you figure it out

This article was developed in partnership with The White Dress Project.

Uterine fibroids are the most common gynecological condition among women of reproductive age. By the time they turn 50, up to 80% of all women will have experienced fibroids, which are noncancerous (benign) growths that develop in or on the wall of a woman's uterus.

Women who have small fibroids or fibroids that don't cause symptoms may never know they have them, but an estimated 20% of women with fibroids will experience symptoms that range from mild to severe.

We asked Dr. Kristen A. Matteson, an OB-GYN at the Warren Alpert Medical School of Brown University and Women and Infants Hospital, some questions women should ask their healthcare provider (HCP) if they're concerned about developing fibroids or think they might be experiencing fibroid symptoms.

What signs and symptoms should I look for that might mean I have fibroids?

Heavy periods, passing blood clots with your period, gushing blood during your period, and feeling pressure or fullness in your pelvis are all common signs and symptoms of uterine fibroids. If you are experiencing symptoms such as heavy bleeding between periods, pain in the pelvis or lower back, increased menstrual cramping, increased urination, pain during sex or a period that lasts longer than usual, it's important to speak to your HCP because these can indicate something other than fibroids.

How are fibroids diagnosed?

Fibroids are diagnosed by both a physical exam and a pelvic ultrasound to determine the number and size of the fibroids. Other types of imaging can be used to figure out additional details if necessary.

How do I know I am suffering from fibroids and not another health issue?

The symptoms associated with uterine fibroids, including heavy menstrual bleeding, increased urination and pelvic pressure, can be caused by several other health issues as well. If you're having these symptoms, it's important that you see a healthcare provider.

What puts me at risk for developing fibroids?

A family history of uterine fibroids, having obesity and getting your first period before you turn 11 can all increase your risk of developing uterine fibroids. Race can also be a factor — uterine fibroids are two to three times more common among Black women than white women.

Is there any way to prevent fibroids?

No, you cannot prevent fibroids. Researchers don't know why some women develop fibroids and others don't. However, genetics and hormones are believed to play a major role in their development. They can increase in size with pregnancy and usually shrink at menopause when estrogen and progesterone levels drop.

Are there different types of fibroids?

Fibroids are balls of smooth muscle cells that grow in the uterus. They can be described in terms of their location inside and outside the uterus.

The type of symptoms and how severe the symptoms are depend on where fibroids are located, their size and their number.

Can fibroids become cancerous? How can you tell the difference between a fibroid and a cancerous tumor?

Uterine fibroids are extremely common, occurring in up to 70% of women by the time they hit menopause. On the other hand, finding a cancerous tumor during surgery to remove fibroids is extremely rare. There's no available test that can clearly tell the difference between a benign uterine fibroid and a cancerous tumor before removing it and performing a biopsy, but research is ongoing to improve this process.

This resource has been created with support from Myovant Sciences and Pfizer.