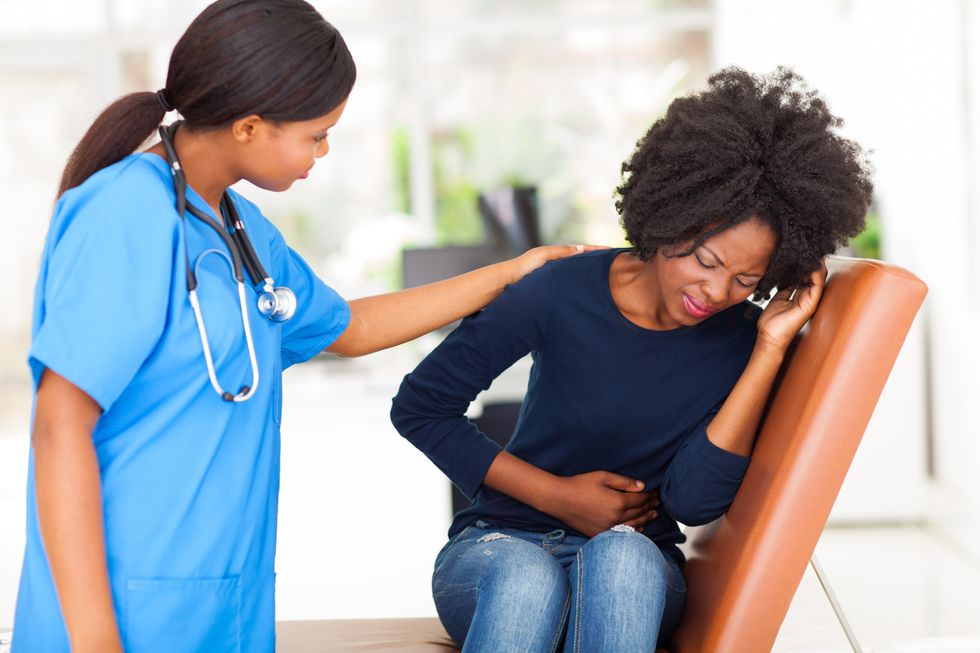 Uterine fibroids are noncancerous growths made of smooth muscle cells and fibrous connective tissue that grow in or on the uterus. Many women get them, but the causes aren't clear.

This article has been archived. We will no longer be updating it. For our most up-to-date information, please visit our fibroids information here.

You may have a fibroid—or fibroids—and not even know it. They often don't cause symptoms. Many women have them sometime during their lives. And they're surprised when their doctor discovers them during a routine exam.

Uterine fibroids are noncancerous growths. They're firm, compact tumors that are made of smooth muscle cells and fibrous connective tissue. They may be inside the uterus, on its outer surface, within its wall or attached to it by a stem-like structure.

They range in size from undetectable to the eye to masses that can enlarge the uterus. They may grow slowly or quickly or remain the same size. Some go through growth spurts and some shrink on their own. You can have one fibroid or many.

They aren't associated with an increased risk of uterine cancer and never develop into cancer. Leiomyosarcoma, a rare form of cancer that most can affect the soft tissue of the uterus, starts as a single mutated muscle cell that is distinctly different from the mutations associated with fibroids. This type of cancer is not related to fibroids, though it may be discovered in fewer than one in 1,300 women who have fibroid symptoms serious enough to require surgery.

While fibroids may be uncomfortable, they usually aren't dangerous and usually don't interfere with getting pregnant. However, very rarely they may raise the risk of certain pregnancy complications like preterm delivery. Also very rarely, they may cause infertility or pregnancy loss.

Causes
It's not clearly known what causes fibroids. It's believed that each one develops from an abnormal muscle cell in the uterus. Many fibroids contain changes in genes that are different than those in normal uterine muscle cells.

Risk factors
A few risk factors are outlined below:

Symptoms
Some women have no or mild symptoms of fibroids. Other women have more severe symptoms. Some symptoms include:

Diagnosis
Fibroids are often found during routine pelvic exams. To get more information, these tools may be used:

Treatment
Your health care provider may recommend a wait-and-see approach. That's because fibroids often stop growing or may even shrink as you reach menopause. You and your provider can monitor symptoms to make sure they're not changing and that the fibroids aren't growing.

If your fibroids are large or bothersome, you may need treatment, which may include:

After My Hysterectomy, I’m Living My Best Life

The Double Whammy for Black Women With Fibroids