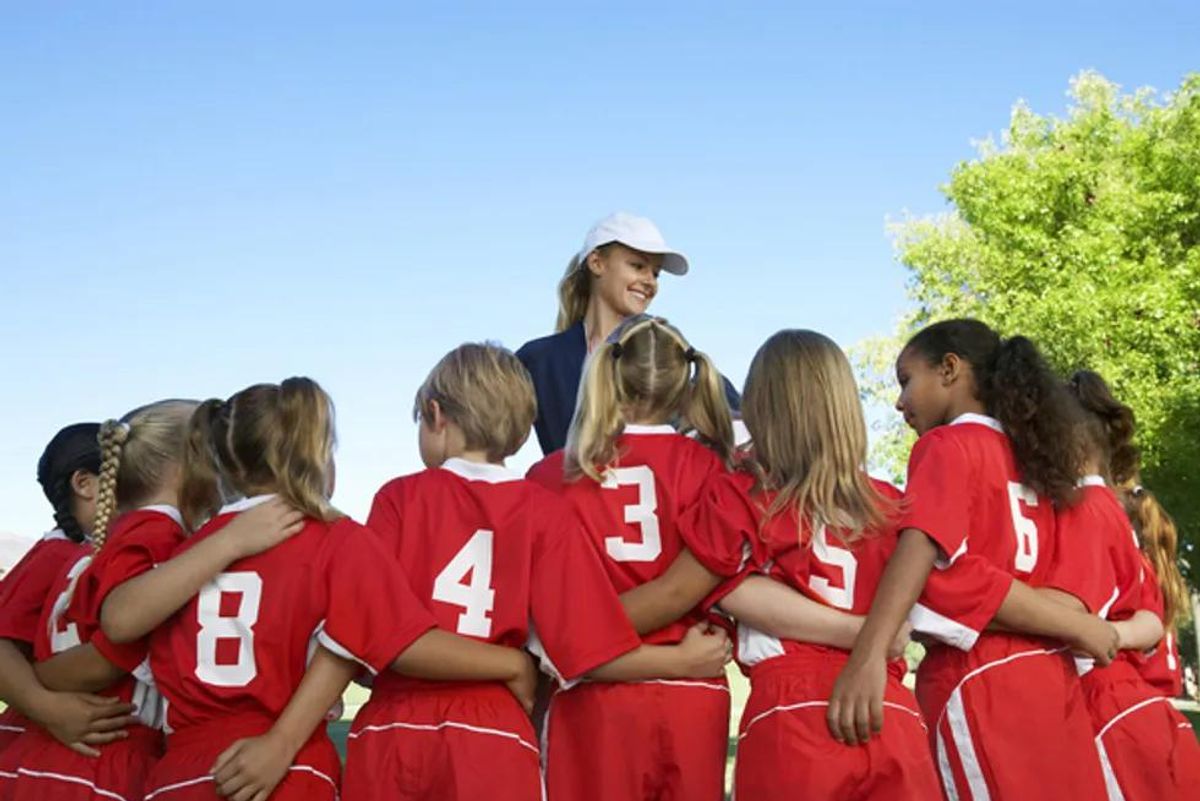 A study shows that teenage girls who are active in sports are less likely to die prematurely from cancer or other causes as they get older. That's great news—especially for a family like mine with a strong disposition toward cancer.

My daughters, now 23 and 21, have heard me preach the benefits of exercise and fitness for as long as they can remember—and never more emphatically than when they were teens.

A study came out as they were entering their teen years that said girls who were involved in sports in those crucial adolescent years were more likely to remain physically active and fit as adults. That was important to me.

In addition to the obvious health benefits—stronger muscles and bones, less body fat and improved cardio—other studies have shown that teen girls who play sports are less likely to engage in risky behaviors, perform better academically and generally have better mental health and social adjustment. In other words, sports can benefit girls' physical, mental, social and emotional well-being.

And, while it may make sense to assume that all those benefits would lead to longer life, now we have data to support that assumption. A study of nearly 75,000 Chinese women aged 40 to 70 found that those who had exercised about 80 minutes a week as teenagers had a 16 percent lower risk for death from cancer and a 15 percent lower risk for death from all causes. Participation in team sports provided almost as strong an effect as exercise.

The women, who were enrolled in the study from 1996 to 2000, were asked about exercise participation between ages 13 and 19. Those who exercised both as teens and adults benefited the most, but those teen years proved crucial, whether the girls had exercised on their own or participated in team sports.

What's this mean to us moms, aunts, grandmothers and female role models?

It means we should continue to stress the importance of a healthy, active lifestyle, starting early in life. Not all girls will be gifted athletes, and some will actively dislike sports. But we can still encourage and model an active lifestyle, even if that just means going out for an after-dinner walk or bike ride as a family, instead of plopping down in front of the TV. Or taking hikes on the weekends or going kayaking on vacation.

And don't give up if an adolescent girl tries to give up her favorite sport. It's an age where girls are often moody and always trying to be cool. Leave room for some independence and change, but keep encouraging activity. If soccer is no longer her thing, encourage her to try field hockey. Or dance or volleyball, swimming, cheerleading, tennis, running, skating, cycling, weightlifting, martial arts, skiing … the list is endless.

It isn't what we girls and women do to keep moving that matters, it's THAT we stay active. Speaking of which, time to hit the gym with my 21-year-old.