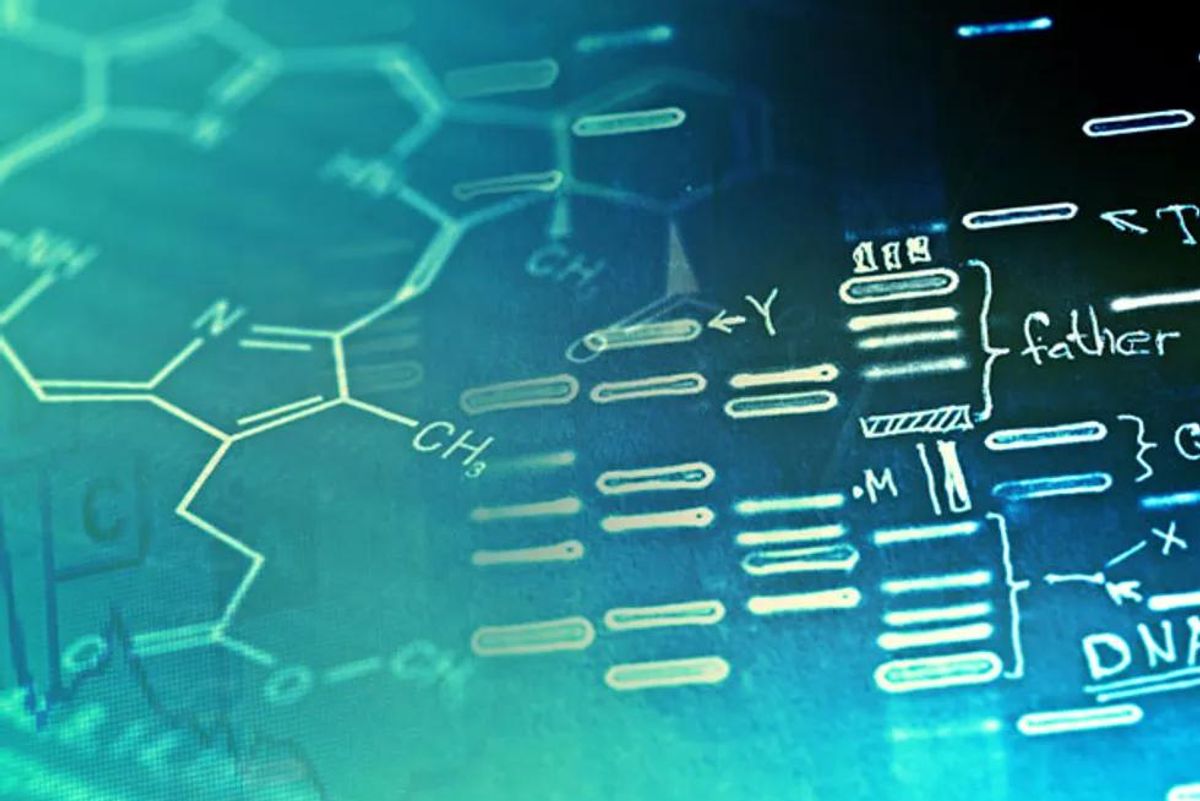 Genetic Testing: Is It Scarier Knowing or Not Knowing?

Having a strong family history of cancer is scary. Every screening test causes anxiety, and I continually wonder "When?" "What if?" and "Which kind?"

Last week I took a step toward some answers. I went to see a genetic counselor and, on her recommendation, got genetic testing. Now I wait—for one long month.

My gynecologist recommended I see the counselor, primarily because of my family history. It's not a great gene pool.

My mother died of breast cancer at age 64, and this past winter my sister was diagnosed with a form of ovarian cancer at age 65. Having two close relatives with cancers that can be genetically linked makes me a good candidate for genetic testing—and means my insurance will likely cover it.

Then there's the other side of my family. My dad, his brother, his mother and his father all had pancreatic cancer. Plus, my dad's father had colon cancer before getting pancreatic cancer and my dad's mother was treated for a "female cancer" when she was younger (no one can recall exactly what that was—a reminder of the importance of keeping a written record of your family history).

I try not to stress over it and do my best to beat the odds by exercising regularly, eating a healthy diet and not smoking, but when my doctor recommended genetic counseling, I leaped at the opportunity.

That's not necessarily a typical reaction. Some people are reluctant to find out if they have genetic mutations that could increase their likelihood of cancer or other diseases.

I get that. I won't deny that it's scary—and probably more so for younger people who have their lives ahead of them. They may want to start a family, without the knowledge of a faulty gene pool haunting them. Or, they may just feel invincible, as many of us do in our youth.

I'm no longer young. And I'm a medical and health editor, so I read a lot about medical developments, and I have a curiosity about them. I want to know what's going on in my own body and with my own health. I understand that I can't know everything, but if there's information that could help me, I want it.

What's involved in finding out?

The genetic counselor reviewed the family and personal medical histories that I had prepared in advance and asked some questions. She reminded me that only about 10 percent of cancers are hereditary and the vast majority—90 percent—are sporadic. In other words, whether or not I have gene mutations that raise my likelihood of cancer, I could still get cancer—or not.

She said that the BRAC2 gene is the one most likely to increase risk of all three of the cancers prevalent in my family: breast, ovarian and pancreatic. But other gene mutations could also be linked to an increased risk for those cancers.

She said we'd get a clearer picture if my sister gets tested. If she tests positive and I test negative, it indicates a probability that my sister's cancer was sporadic, not hereditary. She encouraged testing for my sister because if she tests positive for the BRAC2 gene, it could qualify her later for a chemotherapy drug that is only available to people with ovarian cancer who've tested positive for that gene. But, that's my sister's decision to make.

I took the Myriad myRisk test, a 25-gene panel that identifies an elevated risk for eight cancers, including the ones of primary concern in my family. The test itself was a simple blood draw.

When results are available in about a month, I'll meet with the genetic counselor so she can explain what they mean. A positive BRAC2 result increases likelihood of breast cancer by about 85 percent, ovarian by 27 percent and pancreatic by up to 4 percent, according to my counselor.

If there are any concerning mutations, I'll likely meet with a gynecologic oncologist and possibly a gastroenterologist who specializes in pancreatic cancer to help me decide what comes next. They could recommend screening changes, such as more frequent colonoscopies or MRI with breast mammography, or possibly prophylactic drugs or even surgeries, such as removal of breasts or ovaries.

I would also talk with my daughters about whether they want to be tested, because there is a 50/50 chance that any gene mutation would have been passed on to them. They have indicated an interest in knowing, even though the results could be harder for them to deal with emotionally.

If all is clear, I will continue to be vigilant. But maybe I'll be less anxious with this extra knowledge.