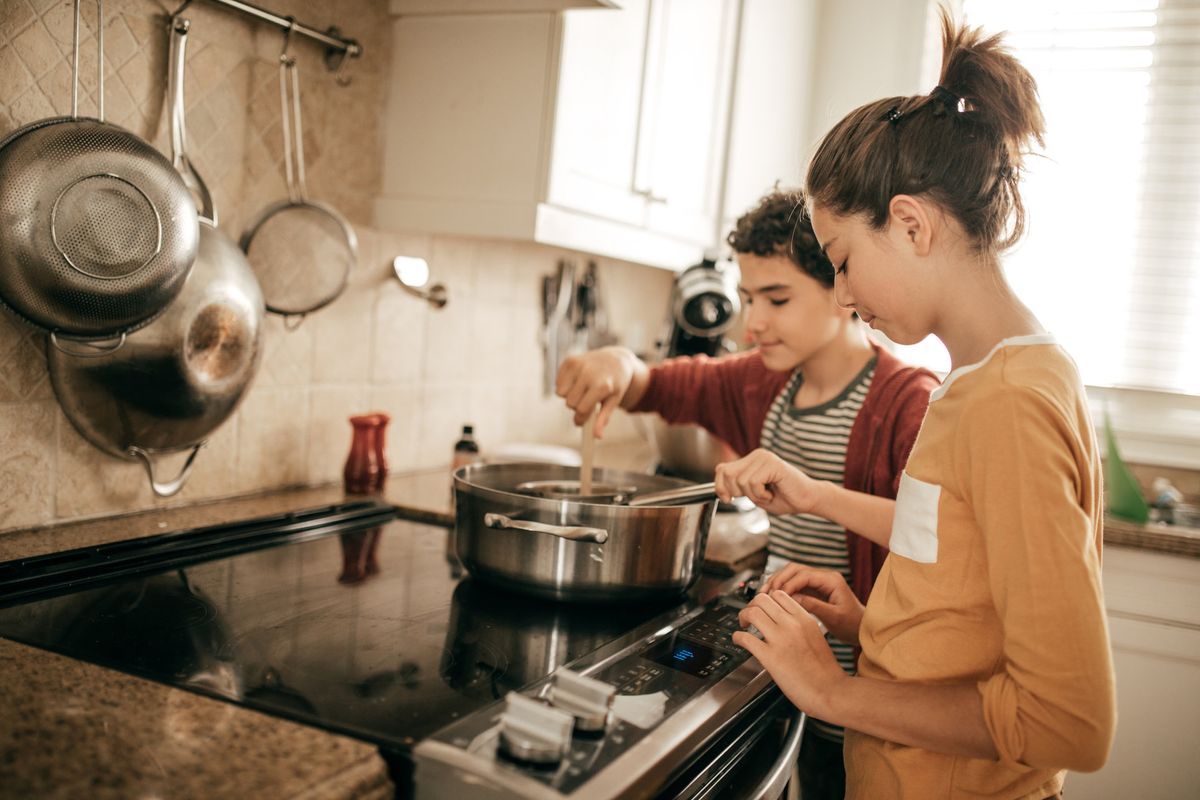 Teenagers are increasingly unprepared for life after high school. Here's why it matters

Last summer, Alex Silverman's 16-year-old son Julian went off with a couple of camp friends to travel around Europe — without his parents.

"Julian could be the most prepared 16-year-old I know," said Alex, a native New Yorker.

I'll have to agree with Alex. Julian sounds incredibly independent for a young person, especially in these days of helicopter parenting. (No judgments here. We're all helicopters more or less.) I wondered how Alex managed the worry and anxiety many parents feel as children leave the nest.

"We're always worried and nervous," he said. "With that said, it isn't healthy to stop him from doing stuff just because we're nervous."

Moms and dads baby-proof the house and put video monitors in children's rooms. The warning "be careful" is uttered endlessly. Parents use apps on cell phones to track their teens' whereabouts. However, as children grow, parents need to shift their mindset. Constantly keeping kids safe and careful doesn't teach them skills to be successful independent adults.

Many parents also preemptively ameliorate missteps. Homework and forgotten instruments are dropped off at school. Teachers and coaches are called to smooth out issues that arise. The more parents intervene, the less children learn from the discomfort of their mistakes.

All of this extra parenting is done out of love. Unfortunately, research is showing it may be adversely affecting our children.

Intensive parenting is hurting our kids

Developmentally, tweens and teens crave independence and autonomy. That's why they spend loads of time in their rooms, with their friends and away from parents. However, many young adults are also not branching out to attain skills and freedoms that were common decades ago. That's a problem.

Studies are beginning to show the correlation between an increase in helicopter parenting and mental health concerns in teens and college students. One 2018 study by the American College Health Association found 63% of students had experienced overwhelming anxiety, and 40% reported being so depressed they had difficulty functioning.

Waiting until the college years is too late to begin to address the resulting emotional and skill deficits. Parents can help their children much more by addressing issues and being proactive when the child is young.

Children must learn life skills by having a chance to practice them many times before they need to perform without their safety net. In order for that to happen, parents need to step back.

Teens must solve problems, make decisions, ask for help, act independently and learn from their mistakes. There are also several areas of competency parents should plan to teach. Think of this as a ready-for-independence checklist. Some important items on that list include using directions, doing laundry, emailing a teacher, making a doctor's appointment, cooking meals, opening a bank account, budgeting and depositing a check.

It's best to assess where the child is developmentally, and then decide on tasks just out of the child's current ability. For example, if your child has never cooked a meal before, start by teaching something simple like oatmeal or pasta. If that goes well, try an omelet or French toast. If it doesn't, allow for more instruction and supervised practice.

Some skills should be accompanied by additional training and steps. Alex allowed Julian to first walk to school with a friend. When he showed that he followed the rules and didn't get lost, he was allowed to explore more on his own. Eventually he worked up to riding the subway solo.

Some families may need to give their kids more freedom out of necessity. For example, despite his anxiety issues, "Erin" — who requested her name be changed to protect her son — states that her son started walking on his own in the community early on.

"I work full time," Erin said. "It's easier in some ways to foster independence when I'm not getting off of work, and I can say, 'If you want to go to that guitar lesson, you have to walk there.'"

In addition to walking, teens should learn to use public transportation and learn to drive. Parents have to teach their kid what steps are needed for a license. Teaching doesn't mean doing. The child should be responsible for contacting driving schools or the Department of Motor Vehicles to learn about the requirements, setting up all appointments and securing documentation.

Learning a new skill isn't always pretty. Allow for some poor decision-making and mistakes. Avoid penalizing unless there is rule-breaking or lying. Less motivated children can be encouraged with rewards for completed tasks to kick-start their intrinsic motivation.

For some teens, new experiences can be anxiety-producing. It's not a good idea to avoid a task just because it's hard or induces worry. Try to address anxiety that may be present by acknowledging fears, breaking down tasks into manageable goals and role-playing for practice. Additionally, offer more time and support for children with developmental or learning disabilities, ADHD and mental health disorders.

With small incremental increases in freedom, Julian's parents prepared him for his big journey. Julian showed that he was ready by being responsible. Of course, Julian isn't perfect, and he does make minor mistakes. Alex acknowledges that kids do need to break some rules sometimes, but — considering Julian's demonstrated level of responsibility — Alex isn't worried.

Dr. Catherine Pearlman is a licensed clinical social worker, the founder of The Family Coach and an associate professor at Brandman University. She's also the author of "Ignore It!: How Selectively Looking the Other Way Can Decrease Behavioral Problems and Increase Parenting Satisfaction." Follow her at @thefamilycoach.