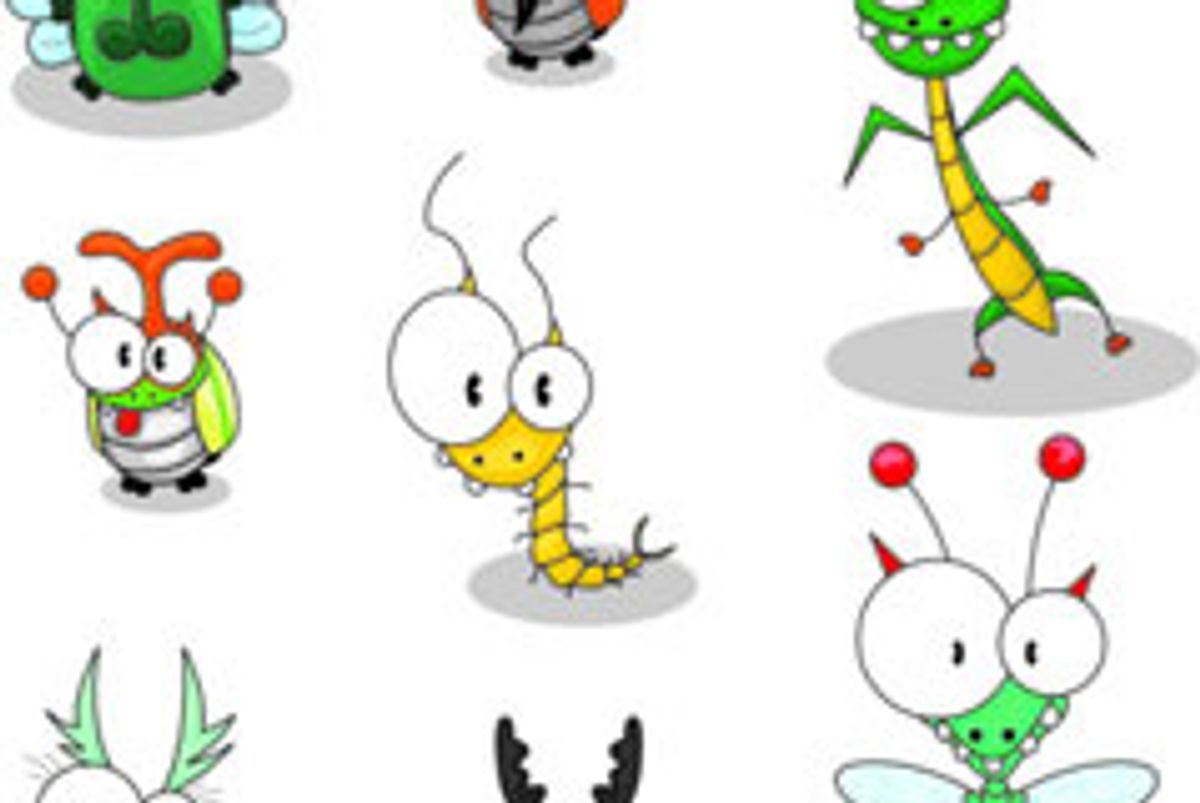 How to Have a Summer Romance

(What's all the buzz about?)

"I don't know why they don't like me, but they don't," my friend said, almost wistfully.

"They used to ignore me, too," I told her, "but for whatever reason, they love me this year. They follow me everywhere, even barging through my front door or open windows. "

Could it be my new perfume? I wondered. Or maybe it's the workouts I enjoy outdoors in warm weather after being shut up inside all winter.

Don't envy me for a new summer romance just yet. In fact, I'm almost tempted to hide away indoors and relegate summer, my favorite season, to the bottom of the list.

My friend eyed me as I helplessly tore at the skin behind my right shoulder, causing bright red scratch marks to surface. I wondered that night—when I looked in the mirror and was horrified to see that all the furious scratching had produced ugly black and blue marks—if my friend still felt rejected.

Why is it that mosquitoes blithely ignore so many, when others like me play host time and time again?

Insects' keen sense of smell draws them to their unwitting targets. But since the human body emits somewhere between 300 to 400 distinct chemical odors, it's been tough on the scientists to isolate exactly what it is that calls the insects to pierce the skin and feed on certain people and not others. The smell/attraction connection is a rather complicated one. These pests fly through a cornucopia of odors, and if the combination on a human is "wrong," the blood-sucking pest will bypass that lucky person.

Scientists do know that certain elements, when found in excess on the surface of our skin, make us a more delectable target for those female mosquitoes that need a blood meal to produce eggs (male mosquitoes prefer to feed on nectar and other sources of sugar).

Through some research, I learned that mosquitoes prefer people who have high concentrations of steroids or cholesterol on their skin's surface. That's not to say those people have high overall cholesterol counts, but their bodies could be more efficient at processing cholesterol, the byproducts of which remain on the skin.

Mosquitoes also covet people who produce excess amounts of uric and lactic acids, which can trigger their keen sense of smell located on the receptors of their antennae. And they love the smell of carbon dioxide—the more the better. That's why they prefer active people, since running around and breathing heavily (and hence producing more carbon dioxide) is almost an open invitation to them. As much as I advocate exercise and not sitting too much, here's one time you might want to ignore that advice. (Although, to make things even more confusing, many experts say that sitting makes you an easy target.)

What else do mosquitoes prefer?

Pregnant women. No, it's not a case of female bonding (female mosquitoes are the ones that bite, remember, not the males), but the fact that pregnant women emit about 20 percent more carbon dioxide than non-preggers. Add to the fact that the body temperature around their bellies is quite a bit warmer (another lure).

And like so many people, mosquitoes like a good brewsky. It could be the increase in body temperature caused by the alcohol, or possibly the skin markers that change from metabolizing it. That's too bad, since so many people love to sit outside in the summer and have a refreshing cold one, and as little as 12 ounces could make you a more likely target.

Did you ever think about your blood type as it relates to mosquitoes? Neither did I until I learned this: blood-type markers, which are chemicals released by people of a certain blood type, are different for each type. Type O, which is favored by blood banks since it is a universal donor, is also favored by mosquitoes. Not everyone secretes chemical markers related to their blood types, but those who do will be more enticing targets.

Malaria, West Nile virus, allergic reactions, dengue fever—for 170 million years the 175-plus known species of U.S. mosquitoes have been wreaking havoc on our health, and there is no reason they're going to disappear soon (they have few predators, among them birds, bats and dragonflies). In the meantime, you might want to arm yourself with the various repellents and controls, some natural and deemed safe and effective, some chemical and deemed safe with a few question marks— among them citronella, lemon eucalyptus, geranium oil, soybean oil, DEET, bath oil, traps and zappers.

Or, you can just hide inside and miss my favorite season of the year.

And here's a message to that (very lucky) friend of mine who continually gets ignored and passed over: go sit outside, sip a cold beer and enjoy the summer.

Shopping Online to Stay Safe During the Pandemic? Here Are 10 Tips For Avoiding Scams