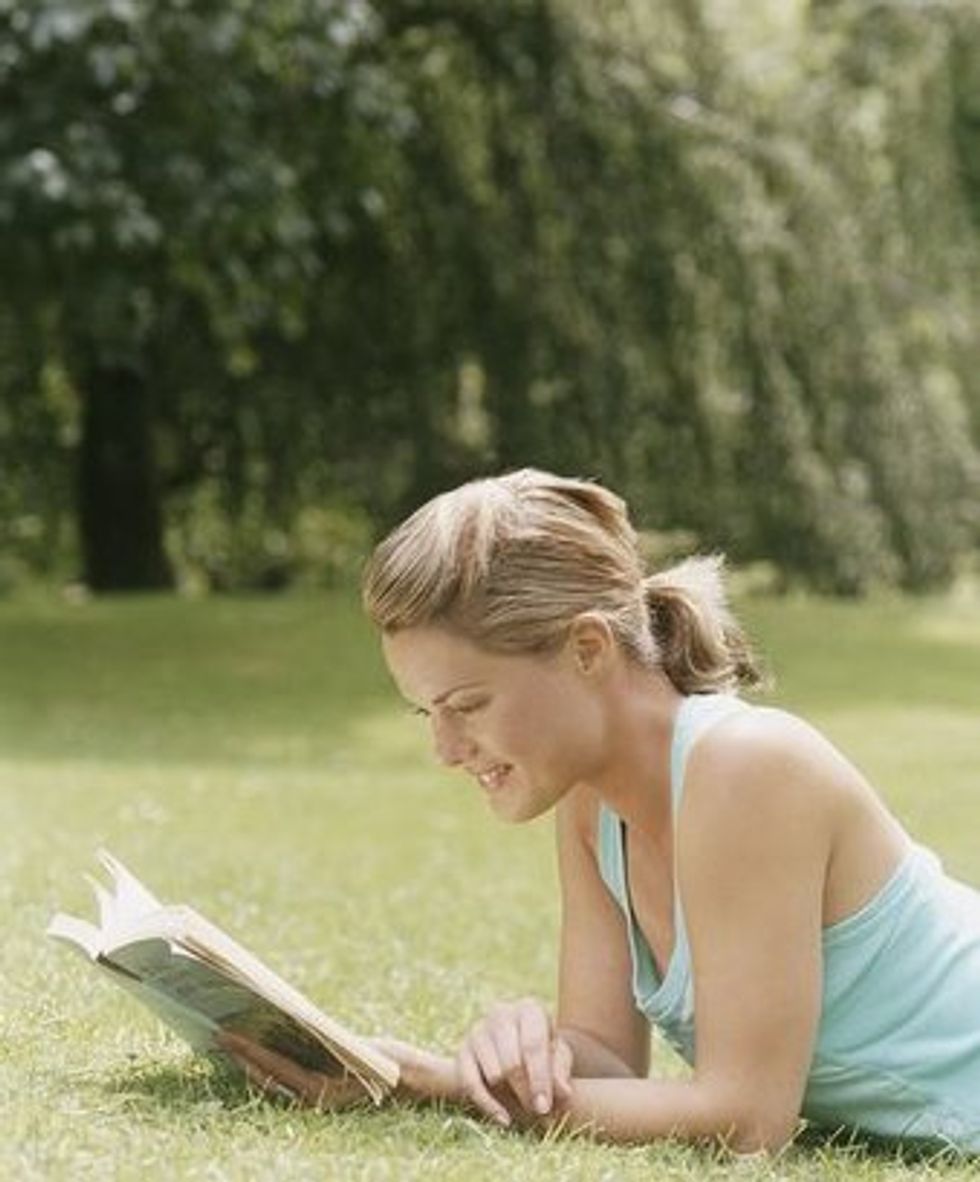 A coworker of mine was recently telling me of her mosquito woes—she can't seem to leave the house without getting attacked. I can commiserate; after a weekend picnic, I'm itching my feet with one hand and typing with the other. But if you've been following this blog, you probably know that I'm a bit apprehensive about using traditional (chemical-laden) bug spray. Yes, DEET is super effective at keeping the bugs at bay, but it also been found to be very toxic to humans as well. So I've decided to do a little research about natural bug repellents.

Tip 2: Garlic? Yup, that's right, it doesn't only fend off vampires. Garlic has been found to keep mosquitoes at bay as well. You can ingest lots of it (which will fend off bacteria as well - bonus!), so that it seeps out of your pores, or you can mix it with water and spray it on your body (test a small spot first to make sure you don't have a skin reaction).
Warning: this suggestion has major social implications!

Tip 3: Invest in a Citronella candle. Oils from the Citronella plant are used to make these candles, which are pretty effective at keeping bugs at bay during a backyard barbecue. I also recently saw an advertisement for citronella bracelets you can wear. If you've tried them, please share a comment and let us know how they work.

Tip 4: Take a shower after working out before hanging out outdoors. Tempted to lay in the hammock after going for a run? It might be best to jump in the shower first. Lactic acid, which is given off by the body during physical exertion, has been known as a mosquito attractant. (Note: the release of lactic acid in the body may also be affected by eating certain foods such as those with high salt or potassium content).

Tip 5: Try one of these other volatile plant oils mixed with cooking oil as a natural repellent. I found this list on About.com, which says: "These natural products will effectively repel mosquitoes, but they require more frequent reapplication (at least every 2 hours) and higher concentrations than DEET." Look for these ingredients in natural products or click here for Anne Marie Helmenstine, Ph.D.'s guide on how to make the natural repellents:
Citronella Oil
Lemon Eucalyptus Oil (this one was called out for extra effectiveness)
Cinnamon Oil
Castor Oil
Rosemary Oil
Lemongrass Oil
Cedar Oil
Peppermint Oil
Clove Oil
Geranium Oil
Possibly Oils from Verbena, Pennyroyal, Lavender, Pine, Cajeput, Basil, Thyme, Allspice, Soybean and Garlic

Also, please keep in mind that many people are sensitive to plant oils, so remember to follow the manufacturers instructions and test your skin before applying it all over. If you are pregnant, consult your doctor before use.

Tip 6. If you can't give up the DEET, try applying it to your clothes (the more coverage of bare skin, the better) instead of directly to your skin.